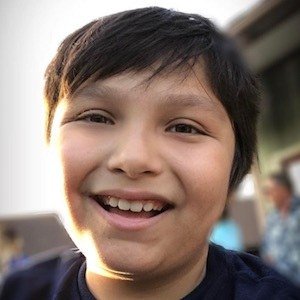 As per our current Database, Matthew Moreno Lamprea is still alive (as per Wikipedia, Last update: May 10, 2020).

Matthew Moreno Lamprea’s zodiac sign is Cancer. According to astrologers, the sign of Cancer belongs to the element of Water, just like Scorpio and Pisces. Guided by emotion and their heart, they could have a hard time blending into the world around them. Being ruled by the Moon, phases of the lunar cycle deepen their internal mysteries and create fleeting emotional patterns that are beyond their control. As children, they don't have enough coping and defensive mechanisms for the outer world, and have to be approached with care and understanding, for that is what they give in return.

Matthew Moreno Lamprea was born in the Year of the Dog. Those born under the Chinese Zodiac sign of the Dog are loyal, faithful, honest, distrustful, often guilty of telling white lies, temperamental, prone to mood swings, dogmatic, and sensitive. Dogs excel in business but have trouble finding mates. Compatible with Tiger or Horse.

The brother of former La Banda competitor and film actor Micke Moreno. Taking after his brother, he gained his own fame competing on the first season of The Voice Kids Colombia.

Long before he made his television debut, his YouTube channel was created in 2011, though the first video wasn't posted until 2014.

He has a YouTube channel, Matthew Moreno Official, where he has posted several song covers, including some with his older brother.

In addition to Micke, he has another older sister, Yuliana. His mother's name is Beatriz.

On the debut season of The Voice Kids Colombia in 2014, he competed as a member of Maluma's team.