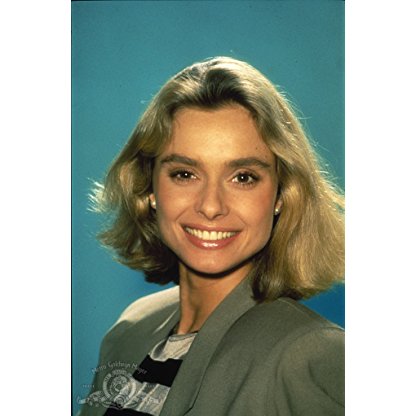 Maryam d'Abo was born on December 27, 1960 in  London, England, United Kingdom, is Actress, Producer, Writer. Born in London, England and raised in European cities such as Paris and Geneva, Maryam d'Abo has rewarded audiences with her beauty and presence for over twenty years. Maryam first appeared in Xtro (1982), a gory horror film that is considered a cult entry in the genre. She appeared consistently throughout the mid-1980s in a variety of films, including two mini-series based on novels of author Sidney Sheldon: Master of the Game (1984) and If Tomorrow Comes (1986). She accepted "Laughter in the Dark" based on the Vladimir Nabokov novel. Her co-stars were Maximilian Schell and Mick Jagger. She thought it would be her big break, since it was a very challenging role, and she was in every scene. But financing fell through, and the film was never completed. The stress made her lose weight, and she appeared more mature. Which turned out to be just the right look for a classical cellist in her next film. Thus, her real big break came in the form of the James Bond film, The Living Daylights (1987). Maryam played Bond girl "Kara Milovy" opposite Timothy Dalton's "James Bond". The film gave her career a real jolt, and she found herself in leading roles throughout the early 1990s, in a variety of films. She based herself in both England and the USA, appearing in Shootfighter: Fight to the Death (1993) and the European horror movie Immortal Sins (1991). She played her hand in the erotic thriller genre, appearing in Tomcat: Dangerous Desires (1993), Tropical Heat (1993) and an episode of 'Red Shoe Diaries', featured on the video _Red Shoe Diaries 3: Another Woman's Lipstick (1993)(V)_. She starred in more films throughout the mid-1990s, opposite the late Margaux Hemingway in Double Obsession (1992), a remake: The Browning Version (1994), a romantic comedy called Solitaire for 2 (1994), and thrillers such as Timelock (1996) and An American Affair (1997).In 2002, Maryam drew on her experiences as a Bond Girl to write, produce and host Bond Girls Are Forever (2002), examining the culture and connotations of being a Bond girl, and the subsequent effects on a film career. This interesting documentary shed new light on the topic of James Bond films, and appeared on British and American television, whilst gaining a DVD release. Maryam strayed away from commercial features, opting to appear in a variety of television dramas, including: a TV mini series of Doctor Zhivago (2002) and Helen of Troy (2003). More recently, she appeared in San Antonio (2004), Trespassing (2004), a movie filmed in France L'enfer (2005) and a direct-to-video sequel, The Prince & Me II: The Royal Wedding (2006). Maryam has displayed talent in a variety of genres, she continues to make guest appearances for her fans, and is likely to appear in more films. She also works on films with her husband director Hugh Hudson, whom she married in 2003. This striking blonde actress, a former Bond girl, holds her own up with the best of them.
Maryam d'Abo is a member of Actress

Does Maryam d'Abo Dead or Alive?

Currently, Maryam d'Abo is 60 years, 11 months and 11 days old. Maryam d'Abo will celebrate 61rd birthday on a Monday 27th of December 2021. Below we countdown to Maryam d'Abo upcoming birthday.

Maryam d'Abo’s zodiac sign is Capricorn. According to astrologers, Capricorn is a sign that represents time and responsibility, and its representatives are traditional and often very serious by nature. These individuals possess an inner state of independence that enables significant progress both in their personal and professional lives. They are masters of self-control and have the ability to lead the way, make solid and realistic plans, and manage many people who work for them at any time. They will learn from their mistakes and get to the top based solely on their experience and expertise.

Maryam d'Abo was born in the Year of the Rat. Those born under the Chinese Zodiac sign of the Rat are quick-witted, clever, charming, sharp and funny. They have excellent taste, are a good friend and are generous and loyal to others considered part of its pack. Motivated by money, can be greedy, is ever curious, seeks knowledge and welcomes challenges. Compatible with Dragon or Monkey. 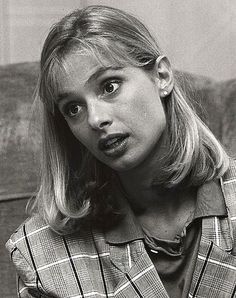 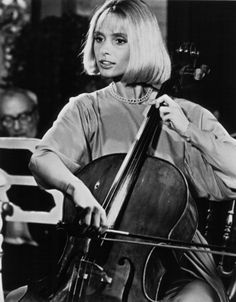 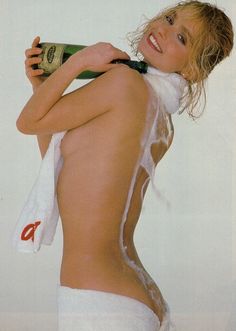 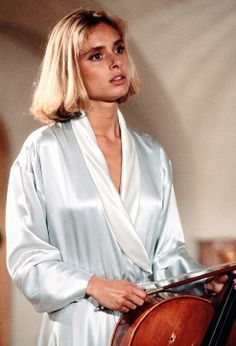 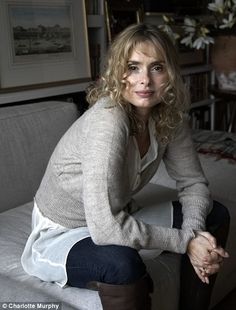 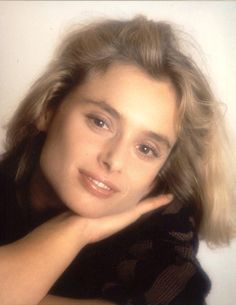 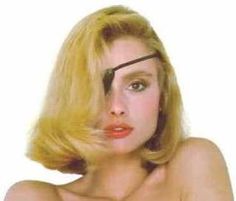 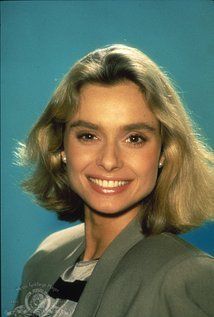 D'Abo is the cousin of Mike d'Abo, a singer and member of 1960s group Manfred Mann. This makes her first cousin once removed of Actress Olivia d'Abo. Maryam and Olivia once lived together in Los Angeles, buying a house together in 1988, after Olivia turned 19.

D'Abo made her screen debut in the low-budget science fiction horror film Xtro (1982), playing Analise Mercier, a French au pair, who becomes a human incubator for an alien. She appeared in the film Until September (1984), and had small roles in Master of the Game (1984), White Nights (1985) and Arthur the King (1985).

D'Abo had a starring role in The Living Daylights (1987) as Kara Milovy, the sweet and vulnerable Czechoslovakian Cellist and sniper who falls for James Bond. As a tie-in with the film, she also appeared in a Bond-themed Playboy cover and multi-page pictorial in the September 1987 issue, but later said "I wouldn't do those pictures now... I've learned a lot since then" in an interview with People.

On television, D'Abo played Ta'Ra, an alien medical officer in the science fiction miniseries Something Is Out There (1988), which was followed by a six-episode NBC mini-series of the same name, and played Anne Summerton in the TV adaptation of Jeffrey Archer's novel Not a Penny More, Not a Penny Less (1990).

D'Abo has had roles in various low-budget, straight-to-video action, horror and fantasy films such as Tomcat: Dangerous Desires (1992), as well as guest roles on television shows Tales From the Crypt (1993), Red Shoe Diaries (1992) and Murder, She Wrote (1992).

She reunited with her James Bond Director John Glen for a guest-starring role on the television series Space Precinct and for the feature film The Point Men (2001). Glen later claimed that the reason he cast her in three different projects was because she was one of his favourite actresses. She played the mother of Lara (played by Keira Knightley) in the television miniseries version of Doctor Zhivago (2002), and she was Queen Hecuba in the Emmy-nominated miniseries Helen of Troy (2003). She had a small role in the French film L'Enfer (Hell, 2005), whose stars included fellow Bond Girl Carole Bouquet.

D'Abo and John Cork wrote the book Bond Girls Are Forever, published in 2002, which is a tribute to the women who have played the role of a Bond Girl. The book formed the basis for a documentary, featuring d'Abo and other Bond girls, including Ursula Andress. The documentary appeared on the American AMC network in 2002, timed to coincide with the theatrical release of Die Another Day. It was later included as a gift with the purchase of Die Another Day on DVD by some Retailers. In 2006, a new version of the documentary, updated to include interviews with cast from Casino Royale (2006) was again aired on the AMC network and later released as a bonus feature on the March 2007 Blu-ray Disc and DVD release of Casino Royale.

In 2007, d'Abo had surgery for a brain haemorrhage from which she recovered.

In 2009, d'Abo had a supporting role in British period fantasy-thriller Dorian Gray. She appeared in the 2014 Indian film Tigers.

Maryam d'Abo is signed to Models 1. In 2015, she modeled for fashion retailer JD Williams' AW 15 collection that includes clothing for women in their 50s.