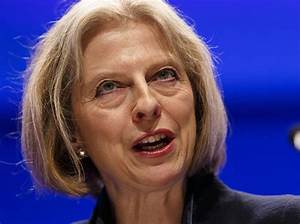 Martha Kearney was born on October 8, 1957 in Ireland. Irish-English broadcast journalist known for her work with BBC Radio 4. She hosted such popular programs as The World at One, Newsnight, and Woman's Hour.
Martha Kearney is a member of Journalist

Does Martha Kearney Dead or Alive?

As per our current Database, Martha Kearney is still alive (as per Wikipedia, Last update: May 10, 2020).

Martha Kearney’s zodiac sign is Libra. According to astrologers, People born under the sign of Libra are peaceful, fair, and they hate being alone. Partnership is very important for them, as their mirror and someone giving them the ability to be the mirror themselves. These individuals are fascinated by balance and symmetry, they are in a constant chase for justice and equality, realizing through life that the only thing that should be truly important to themselves in their own inner core of personality. This is someone ready to do nearly anything to avoid conflict, keeping the peace whenever possible

Martha Kearney was born in the Year of the Rooster. Those born under the Chinese Zodiac sign of the Rooster are practical, resourceful, observant, analytical, straightforward, trusting, honest, perfectionists, neat and conservative. Compatible with Ox or Snake.

Irish-English broadcast Journalist known for her work with BBC Radio 4. She hosted such popular programs as The World at One, Newsnight, and Woman's Hour.

She studied Classics at St. Anne's College, Oxford and subsequently began her career with LBC Radio in London.

She received a British Academy of Film and Television Arts (BAFTA) award nomination for her news coverage of the 1998 peace proceedings in Northern Ireland.

Her father, Hugh Kearney, was a prominent English Historian. She married Chris Shaw in 2001.

She and fellow newscaster Jane Hill both worked for BBC Radio 4.