Margaret Lockwood was born on September 15, 1916, is Actress, Soundtrack, Writer. Karachi-born Margaret Lockwood, daughter of a British colonial railway clerk, was educated in London and studied to be an actress at the Italia Conti Drama School. Her first moment on stage came at the age of 12, when she played a fairy in "A Midsummer Night's Dream" in 1928. She had a bit part in the Drury Lane production of "Cavalcade" in 1932, before completing her training at the Royal Academy of Dramatic Art.Her film career began in 1934 with Lorna Doone (1934) and she was already a seasoned performer when Alfred Hitchcock cast her in his thriller, The Lady Vanishes (1938), opposite relative newcomer Michael Redgrave. The film was shot at Islington studios and was "in the can" after just five weeks in 1937 and released the following year. This was her first opportunity to shine, and she gave an intelligent, convincing performance as the inquisitive girl who suspects a conspiracy when an elderly lady (May Whitty) seemingly disappears into thin air during a train journey. Due to the success of the film, Margaret spent some time in Hollywood but was given poor material and soon returned home. Back at Gainsborough, producer Edward Black had planned to pair Lockwood and Redgrave much the same way William Powell and Myrna Loy had been teamed up in the "Thin Man" films in America, but the war intervened and the two were only to appear together in the Carol Reed-directed The Stars Look Down (1940). This was the first of her "bad girl" roles that would effectively redefine her career in the 1940s. In between playing femmes fatales, she had a popular hit in the 1944 melodrama Love Story (1944) as a brilliant but fatally ill pianist and was sympathetic enough as a young girl who is possessed by a ghost in A Place of One's Own (1945). However, her best-remembered performances came in two classic Gainsborough period dramas. The first of these, The Man in Grey (1943), co-starring James Mason, was torrid escapist melodrama with Lockwood portraying a treacherous, opportunistic vixen, all the while exuding more sexual allure than was common for films of this period. The enormous popular success of this picture led to her second key role in 1945 (again with Mason) as the cunning and cruel title character of The Wicked Lady (1945), a female Dick Turpin. This was even more daring in its depiction of immorality, and the controversy surrounding the film did no harm at the box office. Some of Lockwood's scenes had to be re-shot for American audiences not accustomed to seeing décolletages. Margaret scored another hit with Bedelia (1946), as a demented serial poisoner, and then played a Gypsy girl accused of murder in the Technicolor romp Jassy (1947).As her popularity waned in the 1950s she returned to occasional performances on the West End stage and appeared on television, making her greatest impact as a dedicated barrister in the ITV series Justice (1971), which ran from 1971 to 1974.
Margaret Lockwood is a member of Actress

Does Margaret Lockwood Dead or Alive?

Margaret Lockwood’s zodiac sign is Libra. According to astrologers, People born under the sign of Libra are peaceful, fair, and they hate being alone. Partnership is very important for them, as their mirror and someone giving them the ability to be the mirror themselves. These individuals are fascinated by balance and symmetry, they are in a constant chase for justice and equality, realizing through life that the only thing that should be truly important to themselves in their own inner core of personality. This is someone ready to do nearly anything to avoid conflict, keeping the peace whenever possible

Margaret Lockwood was born in the Year of the Dragon. A powerful sign, those born under the Chinese Zodiac sign of the Dragon are energetic and warm-hearted, charismatic, lucky at love and egotistic. They’re natural born leaders, good at giving orders and doing what’s necessary to remain on top. Compatible with Monkey and Rat. 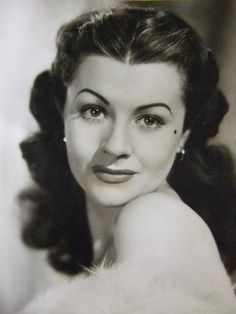 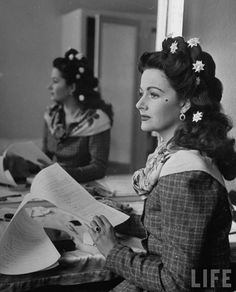 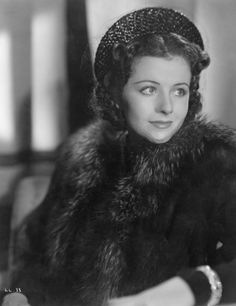 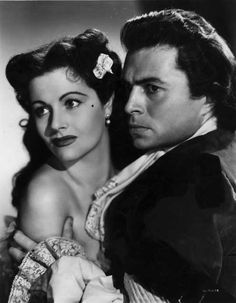 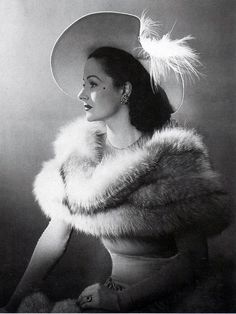 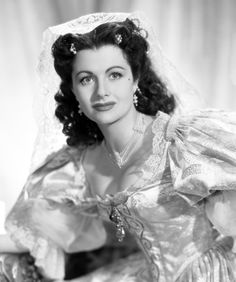 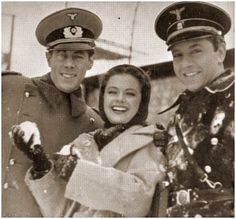 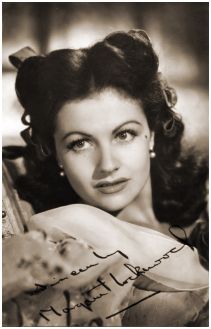 She has an undoubted gift in expressing her beauty in terms of emotion, which is exceptionally well suited to the camera. Allied to this is the fact that she photographs more than normally easily, and has an extraordinary insight in getting the feel of her lines, to live within them, so to speak, as long as the duration of the picture lasts. It is not too much to expect that, in Margaret Lockwood, the British picture industry has a possibility of developing a star of hitherto un-anticipated possibilities.

Margaret Mary Day Lockwood was born on 15 September 1916 in Karachi, British India, to Henry Francis Lockwood, an English administrator of a railway company, and his Scottish third wife Margaret Eveline Waugh. She returned to England in 1920 with her mother, brother 'Lyn' and half-brother Frank, and a further half-sister 'Fay' joined them the following year, but her father remained in Karachi, visiting them infrequently. She also had another half-brother, John, from her father's first marriage, brought up by his mother in Britain. Lockwood attended Sydenham High School for girls, and a ladies' school in Kensington, London.

She began studying for the stage at an early age at the Italia Conti, and made her debut in 1928, at the age of 12, at the Holborn Empire where she played a fairy in A Midsummer Night's Dream. In December of the following year, she appeared at the Scala Theatre in the pantomime The Babes in the Wood. In 1932 she appeared at the Theatre Royal, Drury Lane in Cavalcade.

Lockwood entered films in 1934, and in 1935 she appeared in the film version of Lorna Doone. For British Lion she was in The Case of Gabriel Perry (1935), then was in Honours Easy (1935) with Greta Nissen and Man of the Moment (1935) with Douglas Fairbanks Jnr. These were standard ingenue roles. She was the female love interest in Midshipman Easy (1935), directed by Carol Reed, who would become crucial to Lockwood's career. She had the lead in Someday (1935), a quota quickie directed by Michael Powell and in Jury's Evidence (1936), directed by Ralph Ince.

Lockwood married Rupert Leon in 1937 (divorced in 1950). She lived her final years in seclusion in Kingston upon Thames, dying at the Cromwell Hospital, Kensington, London, from cirrhosis of the liver, aged 73. Her body was cremated at Putney Vale Crematorium. She was survived by her daughter, the Actress Julia Lockwood (née Margaret Julia Leon, born 1941).

For Black and Director Robert Stevenson she supported Will Fyffe in Owd Bob (1938), opposite John Loder.

Lockwood returned to Britain in June 1939. She was meant to make film versions of Rob Roy and The Blue Lagoon but both projects were cancelled with the advent of war. Instead, she played the role of Jenny Sunley, the self-centred, frivolous wife of Michael Redgrave's character in The Stars Look Down for Carol Reed.

There was a three-in-a-row scenario with Reed, Night Train to Munich (1940), an attempt to repeat the success of The Lady Vanishes with the same screenwriters (Launder and Gilliat) and characters of Charters and Caldicott. Rex Harrison was the male star.

She appeared in two comedies for Black: Dear Octopus (1943) with Michael Wilding from a play by Dodie Smith, and Give Us the Moon (1944), with Vic Oliver directed by Val Guest. Much more popular than either of these was another melodrama with Arliss and Granger, Love Story (1944), where she played a terminally ill Pianist.

Lockwood had the biggest success of her career to-date with the title role in The Wicked Lady (1945), opposite Mason and Michael Rennie for Director Arliss. The film was the most popular movie at the British box office in 1946. In 1946, Lockwood gained the Daily Mail National Film Awards First Prize for most popular British film Actress.

In July 1946, Lockwood signed a six-year contract with Rank to make two movies a year. The first of these was Hungry Hill (1947), an expensive adaptation of the novel by Daphne du Maurier which was not the expected success at the box office.

She was a warden in The White Unicorn (1947), a melodrama from the team of Harold Huth and John Corfield. Rank wanted to star her in a film about Mary Magdalene but Lockwood was unhappy with the script. She refused to appear in Roses for Her Pillow (which became Once Upon a Dream) and was put on suspension. Instead she appeared in an acclaimed TV production of Pygmalion (1948). then went off suspension when she made a comedy for Corfield and Huth, Look Before You Love (1948).

Lockwood was in another melodrama, Madness of the Heart (1949), but the film was not a particular success. When a proposed film about Elisabeth of Austria was cancelled she returned to the stage in a record-breaking national tour of Noël Coward's Private Lives (1949) and then played the title role in productions of J. M. Barrie's Peter Pan in 1949 and 1950.

As her popularity waned in the 1950s, she returned to occasional performances on the West End stage and appeared on television.

She was the subject of This Is Your Life in December 1963. She was a guest on the British Broadcasting Corporation's radio show Desert Island Discs on 25 April 1951.

In 1952, Lockwood signed a two picture a year contract with Herbert Wilcox at $112,000 a year, making her the best paid Actress in British films. The association began well with Trent's Last Case (1952) with Michael Wilding and Orson Welles which was popular. She appeared on TV in Ann Veronica and another TV adaptation of a Shaw play, Captain Brassbound's Conversion (1953).

Her next two films for Wilcox were commercial disappointments: Laughing Anne (1953) and Trouble in the Glen (1954). She made no more films with Wilcox who called her "a director's joy who can shade a performance or a character with computer accuracy" but admitted their collaboration "did not come off."

Lockwood returned to the stage in Spider's Web (1954) by Agatha Christie, which was expressly written for her.

She had the lead in a TV series The Royalty (1957–58) and appeared regularly on TV anthology series. She starred in another series The Flying Swan (1965).

Her subsequent long-running West End hits include an all-star production of Oscar Wilde's An Ideal Husband (1965–66, in which she played the villainous Mrs Cheveley), W. Somerset Maugham's Lady Frederick (1970), Relative Values (Noël Coward revival, 1973) and the thrillers Signpost to Murder (1962) and Double Edge (1975).

In 1969 she starred as barrister Julia Stanford in the TV play Justice is a Woman. This inspired the Yorkshire Television series Justice, which ran for three seasons (39 episodes) from 1971 to 1974, and featured her real-life partner, John Stone, as fictional boyfriend Dr Ian Moody. Lockwood's role as the feisty Harriet Peterson won her Best Actress Awards from the TV Times (1971) and The Sun (1973). In 1975, film Director Bryan Forbes persuaded her out of an apparent retirement from feature films, to play the role of the Stepmother in what would be her last feature film, The Slipper and the Rose. This film also included final feature film appearances by Kenneth More and Edith Evans.

Margaret Lockwood was appointed a Commander of the Order of the British Empire (CBE) in the New Year Honours of 1981.

Gaumont British were making a film version of the novel Doctor Syn, starring George Arliss and Anna Lee with Director Roy william Neill and Producer Edward Black. Lee dropped out and was replaced by Lockwood. Lockwood so impressed the studio with her performance – particularly Black, who became a champion of hers – she signed a three-year contract with Gainsborough Pictures in June 1937.