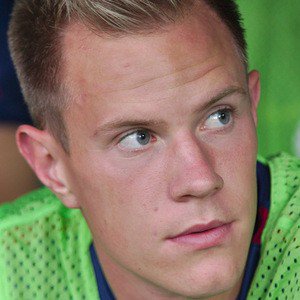 Marc Ter Stegen was born on April 30, 1992 in Monchengladbach, Germany. German goalkeeper who has played for the Spanish club team Barcelona. He was on the winning team of the European Under-17 Championship in the 2008-2009 season. He made his international debut for Germany in 2012.
Marc Ter Stegen is a member of Soccer Player

As per our current Database, Marc Ter Stegen is still alive (as per Wikipedia, Last update: May 10, 2020).

Marc Ter Stegen’s zodiac sign is Taurus. According to astrologers, Taurus is practical and well-grounded, the sign harvests the fruits of labor. They feel the need to always be surrounded by love and beauty, turned to the material world, hedonism, and physical pleasures. People born with their Sun in Taurus are sensual and tactile, considering touch and taste the most important of all senses. Stable and conservative, this is one of the most reliable signs of the zodiac, ready to endure and stick to their choices until they reach the point of personal satisfaction.

Marc Ter Stegen was born in the Year of the Monkey. Those born under the Chinese Zodiac sign of the Monkey thrive on having fun. They’re energetic, upbeat, and good at listening but lack self-control. They like being active and stimulated and enjoy pleasing self before pleasing others. They’re heart-breakers, not good at long-term relationships, morals are weak. Compatible with Rat or Dragon.

German goalkeeper who has played for the Spanish club team Barcelona. He was on the winning team of the European Under-17 Championship in the 2008-2009 season. He made his international debut for Germany in 2012.

He started his youth career for German youth league Borussia Mönchengladbach in 1996.

He won a treble his first season playing for Barcelona in 2014.

He was born in Mönchengladbach, Germany. He played soccer at several youth levels growing up.

He took over as the new goalkeeper of Barcelona after the departure of Victor Vlades. 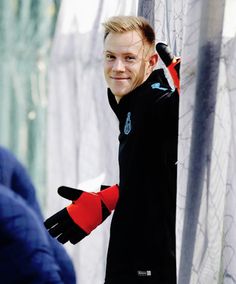 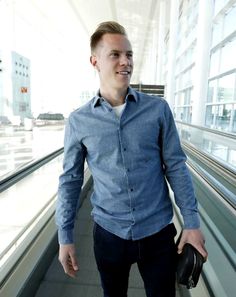 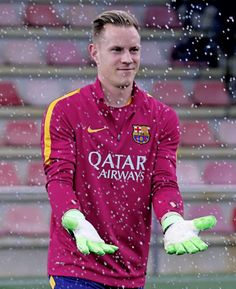 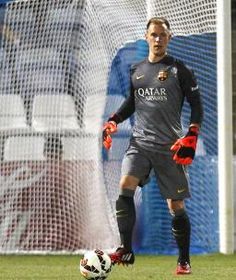 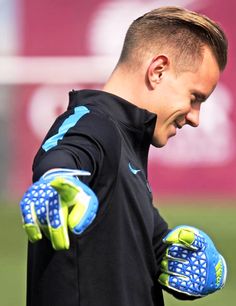 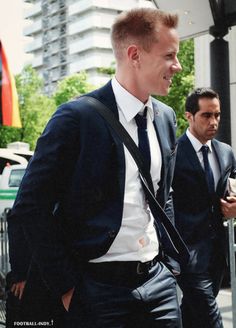