Madelyn Pugh was born on March 15, 1921 in Indianapolis, IN. Writer for the iconic sitcom I Love Lucy who also contributed to many of the star's madcap antics.
Madelyn Pugh is a member of Screenwriter

Does Madelyn Pugh Dead or Alive?

Madelyn Pugh’s zodiac sign is Pisces. According to astrologers, Pisces are very friendly, so they often find themselves in a company of very different people. Pisces are selfless, they are always willing to help others, without hoping to get anything back. Pisces is a Water sign and as such this zodiac sign is characterized by empathy and expressed emotional capacity.

Madelyn Pugh was born in the Year of the Rooster. Those born under the Chinese Zodiac sign of the Rooster are practical, resourceful, observant, analytical, straightforward, trusting, honest, perfectionists, neat and conservative. Compatible with Ox or Snake. 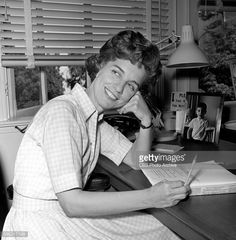 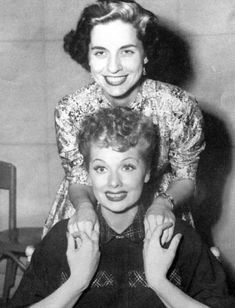 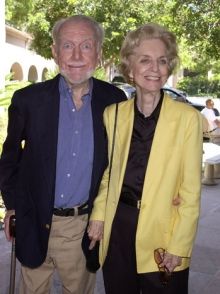 Writer for the iconic sitcom I Love Lucy who also contributed to many of the star's madcap antics.

She was not always in harmony with Lucille Ball - in one notable incident, Ball refused to milk a cow, telling Pugh 'You wrote it - you milk it.'

She and her writing partner Bob Carroll Jr. created many of the classic episodes of the show, and she often tested the stunt equipment first herself, before introducing it to Ball.

She was born in Indianapolis, the youngest of three children of Isaac and Louise Hupp Pugh. She was married to Quinn Martin from 1955 to 1960 and Richard M. Davis from 1964 to 2009. She and Martin had a son named Michael.

She met her Future co-writer Bob Carroll Jr. on the radio comedy My Favorite Husband - which starred Lucille Ball.