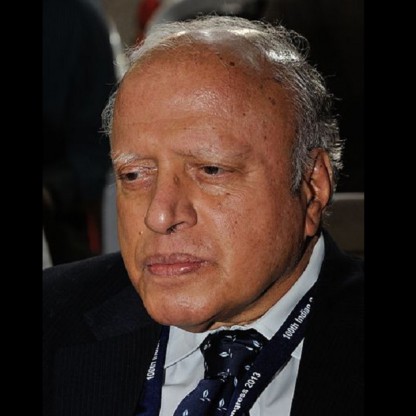 M. S. Swaminathan was born on August 07, 1925 in Kumbakonam, Indian, is Agricultural Scientist. Dr. M.S. Swaminathan is a renowned Indian geneticist and administrator, who made a stellar contribution in the success of India's Green Revolution program; the program went a long way in making India self-sufficient in wheat and rice production. He was deeply influenced by his father who was a surgeon and social reformer. After graduating in zoology, he enrolled in Madras Agricultural College and graduated with a B.Sc. in Agricultural Science. His choice of career as a geneticist was influenced by the great Bengal famine of 1943 during which scarcity of food resulted in many deaths. Philanthropic by nature, he wanted to help poor farmers increase their food production. He began his career by joining the Indian Agricultural Research Institute in New Delhi and eventually played the lead role in India’s ‘Green Revolution’, an agenda under which high-yielding varieties of wheat and rice saplings were distributed to poor farmers. In the decades that followed, he held research and administrative positions in various offices of Government of India and introduced the Mexican semi dwarf wheat plants as well as modern farming methods in India. He has been acclaimed by the TIME magazine as one of the twenty most influential Asians of the twentieth century. He has also been honoured with several national and international awards for his contribution to the field of agriculture and biodiversity.
M. S. Swaminathan is a member of Scientists

M. S. Swaminathan’s zodiac sign is Virgo. According to astrologers, Virgos are always paying attention to the smallest details and their deep sense of humanity makes them one of the most careful signs of the zodiac. Their methodical approach to life ensures that nothing is left to chance, and although they are often tender, their heart might be closed for the outer world. This is a sign often misunderstood, not because they lack the ability to express, but because they won’t accept their feelings as valid, true, or even relevant when opposed to reason. The symbolism behind the name speaks well of their nature, born with a feeling they are experiencing everything for the first time.

M. S. Swaminathan was born in the Year of the Ox. Another of the powerful Chinese Zodiac signs, the Ox is steadfast, solid, a goal-oriented leader, detail-oriented, hard-working, stubborn, serious and introverted but can feel lonely and insecure. Takes comfort in friends and family and is a reliable, protective and strong companion. Compatible with Snake or Rooster. 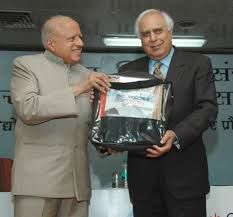 Strangely, he has become more and more akin to HYV of the seeds he sells. Like them, he is capable of high-yielding varieties of phrase and word. At a Gandhi seminar, he will speak of the relevance of Gandhi. At a meeting in Madras on the necessity of combine harvesters. At another meeting on appropriate technology, he will plump for organic manures. At a talk in London, he will speak on the necessity of chemical fertilizers. He will label slum dwellers ‘ecological refugees’, and advertise his career as a quest for ‘imparting an ecological basis to productivity improvement.’ This, after presiding over, and indiscriminately furthering, one of the ecologically most devastating technologies of modern times – the HYV package of the Green revolution.

M. S. Swaminathan was born in Kumbakonam on 7 August 1925. He was the second son of surgeon Dr. M.K. Sambasivan and Parvati Thangammal Sambasivan. M.S. Swaminathan learnt from his Father, "that the word 'impossible' exists mainly in our minds and that given the requisite will and effort, great tasks can be accomplished." Surgeon M.K. Sambasivam, a follower of Mahatma Gandhi, took the lead in Kumbakonam in "burning his foreign clothes," a symbolic act in support of the Swadeshi movement: which emphasized the use of Indian rather than foreign-made clothes, and handloomed rather than mill-spun cloth. The political purpose of the swadeshi movement was to free India from dependence on foreign imports and to protect village industry. His Father led in opening the temples to [Dalit]s, part of the temple entry movement of the Indian independence movement in Tamil Nadu, and in eradicating filariasis in Kumbakonom, an area long infected with the dread disease. The sense of Service to one's fellow man was thus ingrained in him early.

Swaminathan then decided to pursue a career in agricultural sciences. He enrolled in Madras Agricultural College ( now the Tamil Nadu Agricultural University ) where he graduated as valedictorian with another Bachelor of Science degree, this time in Agricultural Science. He explained this career decision thus: "My personal motivation started with the great [Bengal famine of 1943], when I was a student at the University of Kerala. There was an acute rice shortage, and in Bengal about 3 million people died from starvation. All of our young people, myself included, were involved in the freedom struggle, which Gandhi had intensified, and I decided I should take to agricultural research in order to help farmers produce more."

In 1947, the year of Indian independence he moved to the Indian Agricultural Research Institute (IARI) in New Delhi as a post-graduate student in genetics and plant breeding. He obtained a post-graduate degree with high distinction in Cytogenetics in 1949. He wrote the Union Public Service Commission exam and qualified for the Indian Police Service.

M.S. Swaminathan is married to Mina Swaminathan, whom he met in 1951 while they were both studying at Cambridge. They live in Chennai, Tamil Nadu. They have three daughters and five grandchildren. Their daughters are Dr. Soumya Swaminathan, the Deputy Director General of World Health Organization, Dr. Madhura Swaminathan, who is a Professor of Economics at the Indian Statistical Institute, Bangalore and Nitya Swaminathan, a Senior Lecturer in Gender Analysis and Development at the University of East Anglia.

Swaminathan then accepted a post-doctoral research associateship at the University of Wisconsin, Department of Genetics to help set up a USDA potato research station. Despite his strong personal and professional satisfaction with the research work in Wisconsin, he declined the offer of a full-time faculty position, returning to India in early 1954.

Despite these awards and honours, the credibility of Swaminathan and his promotion of biotechnology remains open to question by some. His record retains some controversy. In 1967 Swaminathan published a paper on a variety called Sharbati Sonora which he claimed had more lysine than the Mexican strains from which it was derived. It was re-examined by CIMMYT and found in 1969 to be incorrect. In 1972 Vinod Shah, an agronomist at the ICAR committed suicide and claimed that Swaminathan collected poor quality data to support his ideas. A committee was set up and an investigation was conducted into the Sharbati Sonora case. It was determined that someone had intentionally altered the value of the lysine content so that Sharbati Sonora was viewed positively. The report of the committee noted that it was not an isolated incident and that such practice "pervades the entire scientific and academic community in this country. At the root of it is the greed for bureacratic power and love of a comfortable life that afflicts this class." The first among those who came to expose many of the claims made by MS Swaminathan was Claude Alvares. In his article The Great Gene Robbery 23 March 1986 The Illustrated Weekly. Alvares provided arguments to show that most of the research that was initiated by him and the International Rice Research Institute was not original. Shiv Vishwanathan in an EPW article wrote he is a sociological phenomenon. He is paradigm, exemplar, dissenter, critic and alternative. .....Swaminathan always assimilates the new. Claude Alvares gives a different picture:

On the occasion of the presentation of the First World Food Prize to Swaminathan in October 1987, Javier Perez de Cuellar, Secretary General of the United Nations, wrote: "Dr. Swaminathan is a living legend. His contributions to Agricultural Science have made an indelible mark on food production in India and elsewhere in the developing world. By any standards, he will go into the annals of history as a world scientist of rare distinction."

He was one of three from India included in Time magazine's 1999 list of the "20 most influential Asian people of the 20th century," the other two being Mahatma Gandhi and Rabindranath Tagore.

Swaminathan was the featured speaker at the 2006 Norman E. Borlaug International Symposium in Des Moines, Iowa on, 19 October 2006. He was sponsored by Humanities Iowa, an affiliate of the National Endowment for the Humanities. Swaminathan presented the "Third Annual Governor's Lecture" and spoke on "THE GREEN REVOLUTION REDUX: Can we replicate the single greatest period of food production in all human history?" about the cultural and social foundations of the Green Revolution in India and the role of historic Leaders in India, such as Mahatma Gandhi, in inspiring the Green Revolution there by calling for the alleviation of widespread hunger. He talked about the links between Gandhi and the great Iowa scientist George Washington Carver.