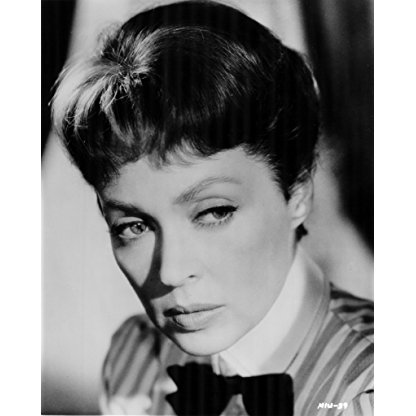 Lilli Palmer was born on May 24, 1914, is Actress, Soundtrack, Writer. A charming, elegant, and exceedingly popular international film star with a gentle, understated beauty, actress Lilli Palmer was born as Lilli Marie Peiser on May 24, 1914, in Posen, Prussia. She was the daughter of Rose Lissman, an Austrian Jewish actress, and Alfred Peiser, a German Jewish surgeon. In addition to her native German, she grew up becoming fluent in French and English as well. Of her two sisters, older sister Irene Prador became an actress and singer in her own right. Lillie studied drama in Berlin and made her theatrical debut there in 1932 at age 18. Within a short time, however, the family was forced to flee their native homeland with the rise of Hitler and settled in Paris. Eventually Lilli moved to England to rebuild the career she had started on stage and film.She made her British movie debut co-starring in the "B" mystery drama Crime Unlimited (1935), playing the distaff member of a syndicate of jewel thieves who becomes a romantic pawn for a policeman (Esmond Knight) who has infiltrated the crime ring as a plant. Throughout the rest of the decade she upped the value of her name in both "A" and "B" material, notably Alfred Hitchcock's Secret Agent (1936), The Great Barrier (1937) and Crackerjack (1938) where she provided the usual element of feminine mystery.Lillie's career took a major upswing during the early to mid 1940s. Several of her pictures centered around the omnipresent war, particularly Thunder Rock (1942), her film career-maker), which starred Michael Redgrave as an anti-fascist journalist who retreats to Canada, and The Rake's Progress (1945), with Rex Harrison as a idle bounder who sees the error of his ways and becomes a war sacrifice. This was Lilli's first movie with husband Harrison; they married in 1943 and she bore him a son, Carey Harrison, the following year. Carey grew up to became a writer and director.The family moved to America in 1945 to further their careers. Rex and Lilli became a prominent acting couple, appearing together on the early 50s Broadway stage with "Bell, Book and Candle" (1950), "Venus Observed" (1952) and "The Love of Four Colonels" (1953), the last mentioned directed by Harrison. In movies, they co-starred in the murky crimer The Long Dark Hall (1951) and the vastly superior The Four Poster (1952), which later gave rise to the musical adaptation "I Do! I Do!". Lilli was award the Venice Film Festival Award for this performance and represented herself well with other handsome male acting partners, notably Gary Cooper in her debut American film Cloak and Dagger (1946) and John Garfield in the classic boxing film Body and Soul (1947), leaving audiences enthralled with one of its newer foreign imports. At one point, she was given her own own (short-lived) TV show to host, The Lilli Palmer Show (1953).Somewhat typecast by this time as heartless cads and opportunists on film, "Sexy Rexy", as husband Harrison was known in the tabloids, developed quite a reputation off-camera as well. A particularly disastrous romance with actress Carole Landis led to that actress's tragic suicide in 1948. Lilli took the high road and came off the better for it in the public's eye. She eventually called it quits, however, with both Harrison and Hollywood and returned to Europe in 1954. In 1956 Lilli filmed Zwischen Zeit und Ewigkeit (1956) [Between Time and Eternity] and fell in love with handsome Argentine co-star Carlos Thompson, who had developed matinée idol status in Germany. They married in September of 1957, several months after her divorce from Harrison became final. This marriage endured.Lilli matured gracefully in films, the epitome of poise and class, but she lost any potential for top stardom after leaving Hollywood. She made international productions for the rest of her career, primarily German and French, but they did not live up to her early successes and were not seen all that much outside of Europe. She managed to work, however, opposite a "Who's Who" of European male stars of the time, including Curd Jürgens, James Mason, Louis Jourdan, Jean Gabin, Jean Marais, Jean Sorel, Gérard Philipe and Klaus Kinski. Of those few movies she made in Hollywood, she played the prickly wife of Clark Gable, who has a May-December affair with young Carroll Baker in But Not for Me (1959); was a sparkling and witty standout in the ensemble cast of The Pleasure of His Company (1961); and proved quite moving in the William Holden spy thriller The Counterfeit Traitor (1962). On TV here, she was touchingly effective as Mrs. Frank in a production of The Diary of Anne Frank (1967) with Max von Sydow, and enjoyed one of her last roles in the acclaimed miniseries Peter the Great (1986).The final decade and a half played out rather routinely with supporting roles in such films as diverse as Oedipus the King (1968), De Sade (1969), and The Boys from Brazil (1978). She demonstrated her writing talents with her popular bestselling biography "Change Lobsters and Dance" in 1975, and later published a novel "The Red Raven" in 1978. Dying of cancer in 1986 at age 71 in Los Angeles, Lilli's surviving second husband Thompson, who had abandoned acting in the late 60s and turned to turned TV writing/producing, committed suicide four years later back in his native Argentina.
Lilli Palmer is a member of Actress

Does Lilli Palmer Dead or Alive?

Lilli Palmer’s zodiac sign is Gemini. According to astrologers, Gemini is expressive and quick-witted, it represents two different personalities in one and you will never be sure which one you will face. They are sociable, communicative and ready for fun, with a tendency to suddenly get serious, thoughtful and restless. They are fascinated with the world itself, extremely curious, with a constant feeling that there is not enough time to experience everything they want to see.

Lilli Palmer was born in the Year of the Tiger. Those born under the Chinese Zodiac sign of the Tiger are authoritative, self-possessed, have strong leadership qualities, are charming, ambitious, courageous, warm-hearted, highly seductive, moody, intense, and they’re ready to pounce at any time. Compatible with Horse or Dog. 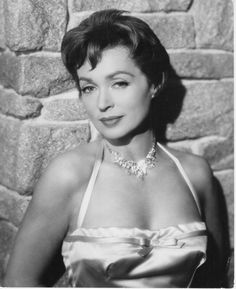 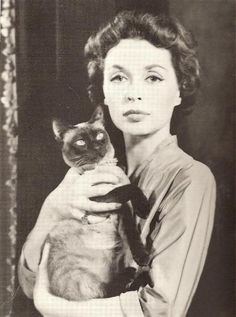 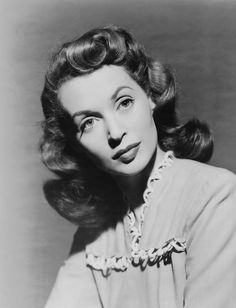 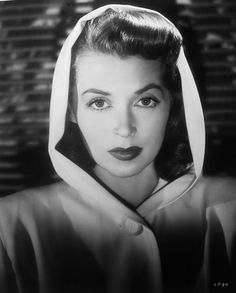 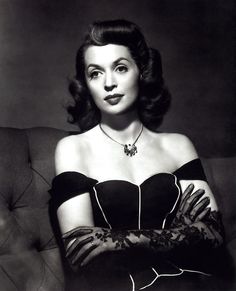 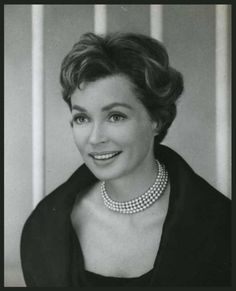 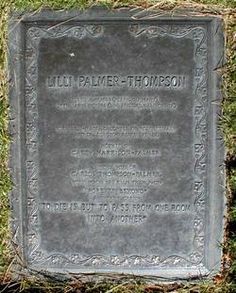 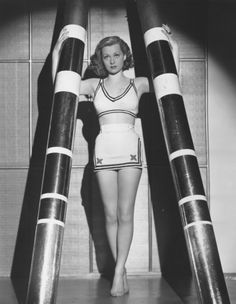 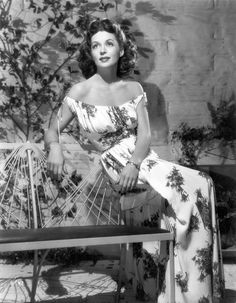 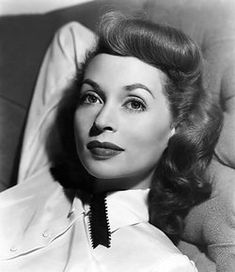 When Lilli was four her family moved to Berlin-Charlottenburg. She was a junior table tennis champion as a young girl. She studied drama in Berlin but her recently negotiated two-year contract with the Frankfurt Playhouse was cancelled after Hitler came to power in 1933 and the family faced grave reminders due to their Jewish heritage. Her elder sister, Irene (1911–1996), became an Actress known as Irene Prador, later Mrs Irene Tooth. The youngest sister, Hildegard Julie Peiser (later Mrs Ross; 1919–2008), did not, however, follow her sisters' career choices. Lilli and her sisters fled Berlin to Paris but their father died in 1934 (aged 57) in Berlin. Their mother, Rose, died in 1959 (aged 77) in England.

In France, she appeared in an operetta at the Moulin Rouge, and then to London, where she began her film career. While performing in cabarets, she attracted the attention of British talent scouts and was offered a contract by the Gaumont Film Company. She made her screen debut in Crime Unlimited (1935) and appeared in numerous British films for the next decade.

Harrison and Palmer appeared together in the hit Broadway play Bell, Book and Candle in the early 1950s and later starred in the film version of The Four Poster (1952), which was based on the award-winning Broadway play of the same name, written by Jan de Hartog. She won the Volpi Cup for Best Actress in 1953 for The Four Poster.

She periodically appeared in stage plays as well as hosting her own television series in 1951.

Palmer returned to Germany in 1954 where she played roles in many films and television productions. She also continued to play both leading and supporting parts in the U.S. and abroad. In 1957, she won the Deutscher Filmpreis for Best Actress for her portrayal of Anna Anderson in The Story of Anastasia, called Is Anna Anderson Anastasia? in the UK. In 1958, she played the role of a Teacher opposite Romy Schneider in Mädchen in Uniform (Girls in Uniform), the remake of the 1931 film of the same title.

Palmer was married to Argentine actor Carlos Thompson from 1957 until her death in Los Angeles from abdominal cancer in 1986 at the age of 71. She was survived by her husband, son, sisters, and her ex-husband.

Ms. Palmer starred with Fred Astaire and Debbie Reynolds in The Pleasure of His Company in 1961.

She starred opposite William Holden in The Counterfeit Traitor (1962), an espionage thriller based on fact, and opposite Robert Taylor in another true Second World War story, Disney's Miracle of the White Stallions (1963). On the small screen, in 1974 she starred as Manouche Roget in the six-part television drama series The Zoo Gang, about a group of former underground freedom fighters from the Second World War, with Brian Keith, Sir John Mills and Barry Morse.

Palmer published a memoir, Change Lobsters and Dance, in 1975. Reminiscences by Vivian Matalon and Noël Coward (Matalon directed Palmer in the premiere production of Coward's play Suite in Three Keys in 1966; see A Song at Twilight) suggest that Palmer was not always the patient and reasonable person she represented herself as being in this autobiography. She wrote a full-length work of fiction presented as a novel rather than a memoir, The Red Raven in 1978.