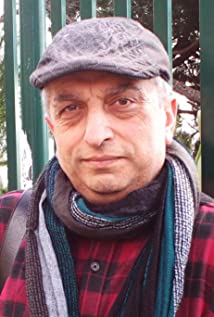 Graduated in Theatre Critical Studies from National Academy of Theatre and Film Art, Sofia, Bulgaria in 1980....
Kostadin Bonev is a member of Director

Does Kostadin Bonev Dead or Alive?

As per our current Database, Kostadin Bonev is still alive (as per Wikipedia, Last update: May 10, 2020).

Kostadin Bonev’s zodiac sign is Capricorn. According to astrologers, Capricorn is a sign that represents time and responsibility, and its representatives are traditional and often very serious by nature. These individuals possess an inner state of independence that enables significant progress both in their personal and professional lives. They are masters of self-control and have the ability to lead the way, make solid and realistic plans, and manage many people who work for them at any time. They will learn from their mistakes and get to the top based solely on their experience and expertise.

Kostadin Bonev was born in the Year of the Rabbit. Those born under the Chinese Zodiac sign of the Rabbit enjoy being surrounded by family and friends. They’re popular, compassionate, sincere, and they like to avoid conflict and are sometimes seen as pushovers. Rabbits enjoy home and entertaining at home. Compatible with Goat or Pig.

Graduated in Theatre Critical Studies from National Academy of Theatre and Film Art, Sofia, Bulgaria in 1980. Postgraduated in film directing in the classes of Georgi Djulgerov. Scriptwriter and director of more than 20 documentaries.

He has been awarded a lot of national and international prizes, among them Grand Prix "Centaur" in 1995 for "Letters to the Nether World", Prix Europa Willy Brandt Prize for "The Patience of the Stone", Special Jury Prize in Munich for the same film, The Special Prize of the Film Concern Mosfilm for "A War Correspondent", "Golden Rhyton Grand Prix", Official Best of Fest Award - Seattle'2010, Los Angeles Reel Film Festival Winner, London Documentary Film Festival Audience Award Winner for "Europolis, the Town of the delta" etc.

Five of his films won the Award of the film Critics at the festivals of the Bulgarian documentary and feature film "The Golden Rhyton" and "The Golden Rose". Three times awarded with the Prize for the Best film at the annual awarding of the Bulgarian Association of Filmmakers for the documentaries "Under a Cloud", "The Patience of the Stone" and for the TV Feature "War Correspondent".