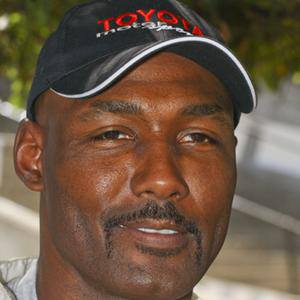 Karl Malone was born on July 24, 1963 in Summerfield, LA. Hall of Fame forward for the Utah Jazz known as "The Mailman," who played alongside the NBA's great assist man, John Stockton. He was named NBA MVP in 1997 and 1999 and was selected to 14 NBA All-Star teams.
Karl Malone is a member of Basketball Player

Does Karl Malone Dead or Alive?

As per our current Database, Karl Malone is still alive (as per Wikipedia, Last update: May 10, 2020).

Currently, Karl Malone is 59 years, 2 months and 2 days old. Karl Malone will celebrate 60rd birthday on a Monday 24th of July 2023. Below we countdown to Karl Malone upcoming birthday.

Karl Malone’s zodiac sign is Leo. According to astrologers, people born under the sign of Leo are natural born leaders. They are dramatic, creative, self-confident, dominant and extremely difficult to resist, able to achieve anything they want to in any area of life they commit to. There is a specific strength to a Leo and their "king of the jungle" status. Leo often has many friends for they are generous and loyal. Self-confident and attractive, this is a Sun sign capable of uniting different groups of people and leading them as one towards a shared cause, and their healthy sense of humor makes collaboration with other people even easier.

Karl Malone was born in the Year of the Rabbit. Those born under the Chinese Zodiac sign of the Rabbit enjoy being surrounded by family and friends. They’re popular, compassionate, sincere, and they like to avoid conflict and are sometimes seen as pushovers. Rabbits enjoy home and entertaining at home. Compatible with Goat or Pig. 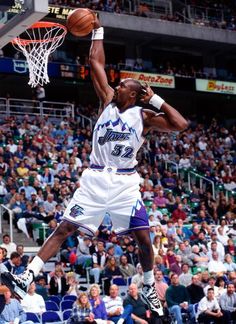 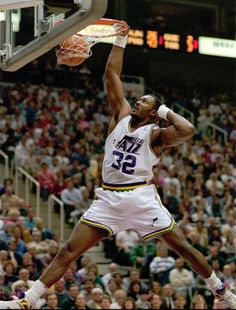 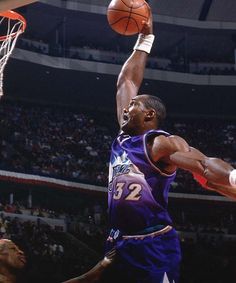 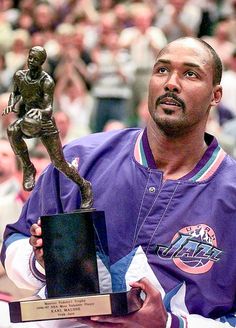 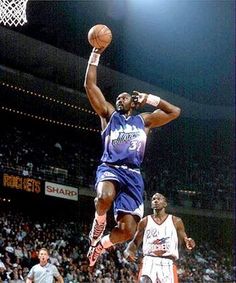 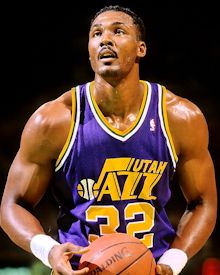 Hall of Fame forward for the Utah Jazz known as "The Mailman," who played alongside the NBA's great assist man, John Stockton. He was named NBA MVP in 1997 and 1999 and was selected to 14 NBA All-Star teams.

Growing up in Louisiana, he worked on a farm hunting, chopping trees, and fishing. He was drafted 13th overall in 1985 after playing four seasons at Louisiana Tech University.

In his last year in the league he joined the Los Angeles Lakers to try and win his first championship, but his Lakers were defeated in the Finals by the Detroit Pistons.

He married Kay Kinsey in 1990. His daughter Cheryl Ford became a WNBA forward and his son Demetress Bell became a pro football player.

He played alongside superstar shooting guard Kobe Bryant during his lone season with the Lakers.