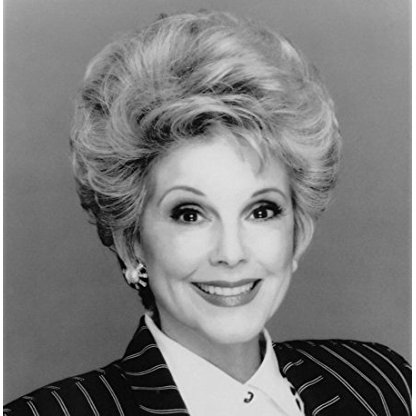 Karen Sharpe was born on September 20, 1934 in  San Antonio, Texas, United States, is Actress, Producer, Miscellaneous Crew. Svelte and stunning Texas-born Karen Sharpe was put into ballet shoes as a youngster. Her initial excursion to California was, at age 12, with the interest of becoming a professional ice skater, but the lure of being a movie star intervened. Her training as a teenager in the theater paid off and, in 1952, she appeared in Stanley Kramer's production of The Sniper (1952), directed by Edward Dmytryk. Her role consisted solely of three lines delivered while sitting on a drugstore stool and ordering a cherry phosphate. Although she did not personally meet Kramer at the time, it would be a foreshadowing of a future lifelong relationship.In her salad days, she paid the rent and more as a billboard model and also graced such popular magazine covers as "Cosmopolitan" and "Pageant." On film, MGM featured her as Janice Rule's kid sister in Holiday for Sinners (1952), opposite William Campbell. Campbell went on to appear with her in other films as well, and they were paired as husband and wife in the Stagecoach West (1960) episode, Stagecoach West: Never Walk Alone (1961), in 1961. Producer Hal Roach gave her a break by featuring her in the popular "White Rain" commercials, where she danced her way to fame across the tops of rows of shampoo bottles, and he also chose her to represent his studio as Modern Screen Magazine's Golden Key Award winner as 1952's "Star of Tomorrow". Columbia Pictures picked up on this recognition and placed her in the Hugo Haas melodrama, Strange Fascination (1952). Monogram Pictures offered her a starring role in Army Bound (1952), which led to her being cast in Walter Mirisch's cult programmer, Bomba and the Jungle Girl (1952), with Johnny Sheffield (who played "Boy" in the Tarzan series) playing Bomba to Karen's lovely "Jungle Girl". The John Payne western The Vanquished (1953) followed, for Paramount Pictures. The film also starred Jan Sterling, who went on to appear with Karen in a couple of other major films and become a close friend and mentor, as well.After filming the crime drama Mexican Manhunt (1953), starring George Brent, for Allied Artists, Karen received the biggest break of her young career. Director William A. Wellman cast her in the Wayne-Fellows-Warner Brothers epic airline disaster film, The High and the Mighty (1954). An all-star ensemble, it featured Karen as "Nell Buck", an amorous bride who allays her fears of certain death with the ecstasies of passion for new husband "Milo" (played by John Smith). Karen's standout performance garnered her the 1954 Golden Globe Award for "New Star of the Year". As a result, the film's star and producer, John Wayne, put her under contract to his new company, Batjac. Loaned out to Ida Lupino's company for Mad at the World (1955), Karen then co-starred in United Artists' Man with the Gun (1955) opposite Robert Mitchum. Cast in Batjac's Man in the Vault (1956), she went on loan again, this time for Columbia's war picture, Tarawa Beachhead (1958).In the 1950s, against the concerns of the studios but with the encouragement of John Wayne, who advised her to "do anything and everything you can to grow as an artist", Karen made herself available for television. Taking Wayne's advice to heart, she found a creative and demanding outlet performing in "live" drama, with roles on Hallmark Hall of Fame (1951), General Electric Theater (1953), Climax! (1954), Matinee Theatre (1955), Playhouse 90 (1956) and Lux Playhouse (1958), among others. She also appeared in episodes of such classic TV shows as Letter to Loretta (1953), Gunsmoke (1955), Perry Mason (1957), Westinghouse Desilu Playhouse (1958), 77 Sunset Strip (1958), Bonanza (1959), The Man from U.N.C.L.E. (1964) and The Wild Wild West (1965). Karen went on to co-star in Aaron Spelling's very first television series, Johnny Ringo (1959).Following a hiatus from Hollywood, while straightening out family estate matters, Karen was cast in the pilot for I Dream of Jeannie (1965) as Larry Hagman's fiancé and Jeannie's attractive nemesis. While waiting for the pilot to be sold (which, of course, it did), Jerry Lewis signed her to play opposite him in Paramount's The Disorderly Orderly (1964) as lovesick nurse "Julie Blair", who wins Jerry's affections in the end. It was during that filming that she met Stanley Kramer, who was directing Ship of Fools (1965) at the same time on the Paramount lot. Karen's focus was on her career, however, and a year went by before they actually started dating in January of 1966. After a relatively brief courtship, they married on September 1, 1966, following her completion of the Universal pilot, Valley of Mystery (1967).Choosing to close the chapter on her acting career, Karen opened a new and rewarding one as full-time wife, mother (of two), and assistant to her husband. With the creation of KNK Productions, Inc., Karen established herself as a producer. Among her many successful projects is a remake of her husband's western classic High Noon (2000), as well as the prospective "Defiant One," a documentary examining Kramer's prolific career, and "It's a Mad, Mad, Mad, Mad, Mad World," a big-screen sequel to his It's a Mad Mad Mad Mad World (1963). Kramer passed away on February 19, 2001. Since then, the ever-busy and vivacious Karen has maintained the Stanley Kramer Library. In addition, she also established the Stanley Kramer Award at the Producer's Guild, and the Stanley Kramer Fellowship Award in Directing at UCLA in 2001. Both of these awards honor socially conscious young filmmakers.
Karen Sharpe is a member of Actress

Does Karen Sharpe Dead or Alive?

As per our current Database, Karen Sharpe is still alive (as per Wikipedia, Last update: May 10, 2020).

Currently, Karen Sharpe is 87 years, 8 months and 2 days old. Karen Sharpe will celebrate 88rd birthday on a Tuesday 20th of September 2022. Below we countdown to Karen Sharpe upcoming birthday.

Karen Sharpe’s zodiac sign is Libra. According to astrologers, People born under the sign of Libra are peaceful, fair, and they hate being alone. Partnership is very important for them, as their mirror and someone giving them the ability to be the mirror themselves. These individuals are fascinated by balance and symmetry, they are in a constant chase for justice and equality, realizing through life that the only thing that should be truly important to themselves in their own inner core of personality. This is someone ready to do nearly anything to avoid conflict, keeping the peace whenever possible

Karen Sharpe was born in the Year of the Dog. Those born under the Chinese Zodiac sign of the Dog are loyal, faithful, honest, distrustful, often guilty of telling white lies, temperamental, prone to mood swings, dogmatic, and sensitive. Dogs excel in business but have trouble finding mates. Compatible with Tiger or Horse. 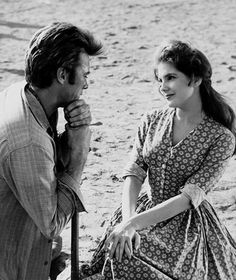 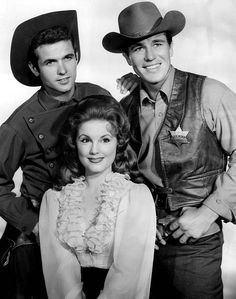 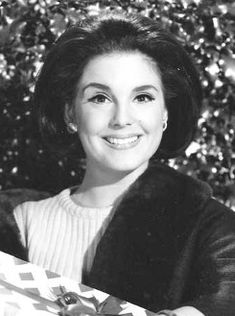 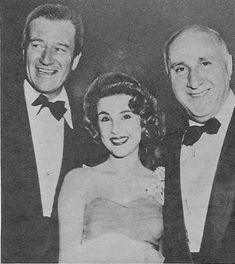 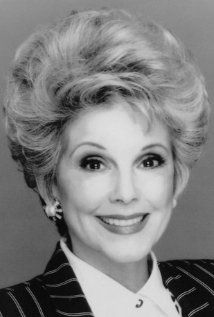 Karen Kay Sharpe was born in San Antonio, Texas, in 1934. According to the federal census of 1940, her parents, Howard and Dorothy Sharp (spelled with no "e") were both natives of Indiana. That census also documents that in 1940, the family continued to reside in San Antonio and her father worked then as a sales manager for a local electric company.

Sharpe appeared in many other television series in the 1950s and early 1960s, including CBS's Racket Squad, Lux Video Theatre, Playhouse 90, General Electric Theater, The West Point Story, The Millionaire (in the lead role in "The Anitra Dellano Story"), Westinghouse Desilu Playhouse, Perry Mason (the title character in the 1958 episode "The Case of the Hesitant Hostess"), The Smothers Brothers Show, and Gomer Pyle, U.S.M.C.

In 1952, at the age of 18, Sharpe appeared in Stanley Kramer's production of The Sniper, directed by Edward Dmytryk. She spoke three lines in the film while sitting on a drugstore stool and did not personally meet Kramer at that time. That same year, she was cast uncredited as the younger sister of Janice Rule in the film Holiday for Sinners, opposite William Campbell. In 1953, she appeared as Lucy Colfax in the John Payne-Jan Sterling film, The Vanquished.

Sharpe was cast in several syndicated television series, too, including The Range Rider, Death Valley Days, and the American Civil War drama The Gray Ghost. She appeared on Studio 57, when it was broadcast in 1954 on the former DuMont Television Network. In 1955, she played the role of Clara Bryant Ford in the television film A Story About Henry Ford, based on the automobile mogul, who was portrayed by Arthur Franz. That same year, she played Martha Custis Washington in the television film The Courtship of George Washington and Martha Custis, with Marshall Thompson, nine years Sharpe's senior, cast as Washington.

In 1959, Modern Screen magazine gave Sharpe its Golden Key Award, designating her as "one of the most promising young actresses in show Business."

Later in 1961, seven years after The High and the Mighty, Sharpe was reunited with John Smith in his NBC Western series, Laramie. She portrayed Madge Barrington, the daughter of Colonel John Barrington, played by George Macready, whose character was presumably modeled after John Chivington of the 1864 Sand Creek massacre in Colorado. In the storyline, Barrington escapes while facing a court martial at Fort Laramie for his subsequent role in the Wounded Knee Massacre in South Dakota in 1890. The episode reveals that Slim Sherman was present at Wounded Knee and testified against Barrington. Madge takes Slim hostage and presents papers that she contends justify her father's harsh policies against the Indians. Slim manages to escape, but is trapped by the Sioux and must negotiate with the Indians to escape massacre.

In 1957, Sharpe married actor Chester Marshall, Jr. In 1961, Sharpe sued for divorce a second time, following an earlier suit and subsequent reconciliation. Marshall asked for alimony when their divorce case was heard in 1962. The divorce was granted on September 18, 1962, with Marshall's request for alimony having been dropped.

Sharpe's last roles on a regular series were in two episodes of The Wild Wild West. She appeared in Jerry Lewis's 1964 film The Disorderly Orderly, during which time she met Stanley Kramer, who was also directing Ship of Fools on the lot of Paramount Studios.

Kramer and Sharpe married on September 1, 1966, in Beverly Hills, California. She later stopped acting to devote full time to her family, including the couple's two children, and to serve as assistant to her husband in the film industry.

When Sharpe's father died, she inherited his businesses — aluminum siding, air conditioning, and moving and storage operations — and left acting to run them. Four years later, in 1965, she sold the Business for a profit and returned to acting.