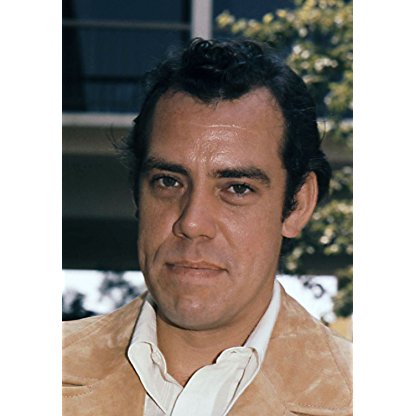 John Schuck was born on February 04, 1940 in  Boston, Massachusetts, United States, is Actor. John Schuck was born Conrad John Schuck in Boston, Massachusetts in 1940, the son of an English professor who took several teaching positions including Princeton College and SUNY Buffalo while John was growing up. Following graduation from Denison University where he appeared in a number of plays, John turned to regional theatre for work, including the Cleveland Playhouse, Baltimore Center Stage, and American Conservatory Theatre in San Francisco. He was discovered at ACT for film by director Robert Altman, who featured him as Painless, the dentist in the now-cult classic film MASH (1970). Altman continued to use John in Brewster McCloud (1970), McCabe & Mrs. Miller (1971), and most assuredly in Thieves Like Us (1974), arguably his best film role. On television, Schuck won a regular part as a sergeant on McMillan & Wife (1971) opposite Rock Hudson and Susan Saint James for six seasons. However, most of his work seemed mired in playing dim, simple-minded characters such as the robot on the silly short-lived comedy Holmes and Yo-Yo (1976) and as Herman Munster on The Munsters Today (1987), a revisit to the ghoulish 1960s television family.More challenging guest role work has come to him on occasion with television series such as NYPD Blue (1993), Star Trek: Deep Space Nine (1993), Star Trek: Voyager (1995) and Babylon 5 (1994). In the popular films Star Trek IV: The Voyage Home (1986) and Star Trek VI: The Undiscovered Country (1991), John has earned himself a place in the hearts of Trekkie fans all over the nation. The musical stage in the last few decades has also taken a precedence. For decades now, John has appeared regularly as the gruff-speaking Daddy Warbucks in the musical "Annie" not only on Broadway but on tours and in smaller theater venues such as the Pittsburgh Civic Light Opera. He also had much success playing Frank Butler in "Annie Get Your Gun" with Bernadette Peters on tour. Other musical roles in "The Sound of Music", "Peter Pan", "The Most Happy Fella" and "She Loves Me" also appear on his active resume. A sailor on the sly, John lives with his second wife, painter Harrison Houle, in Venice, California.
John Schuck is a member of Actor

Does John Schuck Dead or Alive?

As per our current Database, John Schuck is still alive (as per Wikipedia, Last update: May 10, 2020).

Currently, John Schuck is 82 years, 3 months and 15 days old. John Schuck will celebrate 83rd birthday on a Saturday 4th of February 2023. Below we countdown to John Schuck upcoming birthday.

John Schuck’s zodiac sign is Pisces. According to astrologers, Pisces are very friendly, so they often find themselves in a company of very different people. Pisces are selfless, they are always willing to help others, without hoping to get anything back. Pisces is a Water sign and as such this zodiac sign is characterized by empathy and expressed emotional capacity.

John Schuck was born in the Year of the Dragon. A powerful sign, those born under the Chinese Zodiac sign of the Dragon are energetic and warm-hearted, charismatic, lucky at love and egotistic. They’re natural born leaders, good at giving orders and doing what’s necessary to remain on top. Compatible with Monkey and Rat. 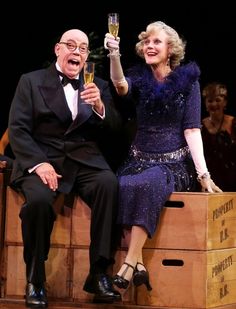 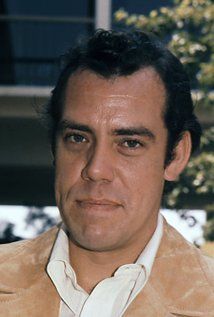 Conrad John Schuck Jr. (born February 4, 1940) is an American actor, primarily in stage, movies and television. He is best known for his roles as Sgt. Charles Enright, in the 1970s crime drama McMillan & Wife, starring Rock Hudson and as Herman Munster, in the 1980s sitcom The Munsters Today, in which he reprised the role originated by Fred Gwynne.

He was also a regular "guest celebrity" on game shows in the 1970s and 1980s, appearing as a guest on such programs as Pyramid, Hollywood Squares, Password Plus and Super Password, and The Cross-Wits.

From 1971 to 1977, Schuck appeared as San Francisco Police Detective Sergeant Charles Enright in the television series McMillan & Wife and also starred as an overseer in the miniseries Roots. In 1976, he played Gregory "Yo-Yo" Yoyonovich in the short-lived series Holmes & Yo-Yo; both it and McMillan & Wife had been created, and were produced, by Leonard B. Stern for what is now NBCUniversal Television. He starred in ABC's 1979 TV holiday special The Halloween That Almost Wasn't, a.k.a. The Night Dracula Saved the World, as the Frankenstein Monster. (He would again use the Universal International Frankenstein-monster makeup format in The Munsters Today; see below.) In 1979 John starred in a short-lived TV series version of Turnabout, in which he and Sharon Gless played a couple named Sam and Penny, who swap bodies. Some installments from that comedy series were reedited into the made-for-TV film Magic Statue, named for the artifact which caused the two to exchange bodies.

In the summer of 1979, during this period as a game-show guest Celebrity, he made his Broadway debut playing Oliver "Daddy" Warbucks as a replacement in the role of the original Broadway musical comedy, Annie at the Alvin Theatre, for a special three-week engagement. In 1980, Schuck began appearing as a "regular replacement" for a year and a half, along with Allison Smith as Annie and Alice Ghostley as Miss Hannigan.

Also in the 1980s, Schuck starred as Herman Munster in the syndicated situation comedy The Munsters Today, which co-starred Lee Meriwether as Lily Munster. In character as Herman, a role Fred Gwynne had originated in the 1960s, Schuck was made up as the Frankenstein Monster, according to the makeup format whose copyright NBCUniversal still owns, for the second time in his career; the first (see above) was in The Halloween That Almost Wasn't a.k.a. The Night Dracula Saved the World.

Schuck married Actress Susan Bay, with whom he had a son, Aaron. The couple divorced in 1983. He married his current wife, Painter Harrison Houlé, in 1990.

In 1986, Schuck took the role of Klingon ambassador Kamarag in Star Trek IV: The Voyage Home. He reprised the role in 1991 in Star Trek VI: The Undiscovered Country, becoming one of only five guest roles to appear in more than one Star Trek motion picture. (The others were the characters of David Marcus, Saavik, Sarek, and Fleet Admiral Cartwright.)

He guest starred in Star Trek: Deep Space Nine as Legate Parn, Star Trek: Voyager as Chorus #3, Star Trek: Enterprise as Antaak, and Babylon 5 as Draal in "The Long, Twilight Struggle" (1995). In 1994, he appeared as Ralgha nar Hhallas (callsign Hobbes) in Wing Commander III: Heart of the Tiger. He then guest-starred in several episodes of Law & Order: Special Victims Unit as the NYPD Chief of Detectives Muldrew.

Under his full name of "Conrad John Schuck," he opened in the role of Daddy Warbucks in the Broadway revival of Annie in December 2006, and toured nationally in the role. He later appeared in the films Holy Matrimony and String of the Kite.

In 2013, he appeared as Senator Max Evergreen in Nice Work If You Can Get It. Most recently, Schuck joined the cast of writer/director Chris Blake's (a.k.a. Christopher Blake Johnson) indie horror film, All Light Will End.