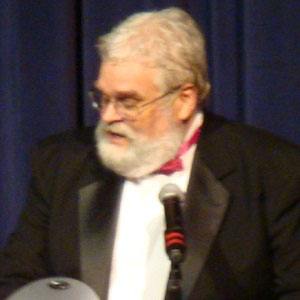 As per our current Database, John JB Wilson is still alive (as per Wikipedia, Last update: May 10, 2020).

John JB Wilson’s zodiac sign is Gemini. According to astrologers, Gemini is expressive and quick-witted, it represents two different personalities in one and you will never be sure which one you will face. They are sociable, communicative and ready for fun, with a tendency to suddenly get serious, thoughtful and restless. They are fascinated with the world itself, extremely curious, with a constant feeling that there is not enough time to experience everything they want to see.

John JB Wilson was born in the Year of the Horse. Those born under the Chinese Zodiac sign of the Horse love to roam free. They’re energetic, self-reliant, money-wise, and they enjoy traveling, love and intimacy. They’re great at seducing, sharp-witted, impatient and sometimes seen as a drifter. Compatible with Dog or Tiger.

American publicist and copywriter. He is best known for establishing the Golden Raspberry Awards ("Razzies"), a ceremony created to celebrate the worst films of the year.

He attended the University of California- Los Angeles' School of Theater, Film, and Television Studies.

He worked as a copywriter for the Los Angeles Film Festival and as a publicist for the Academy Awards.

He was born in Chicago and raised in the Los Angeles area. His marriage to Barbara Wilson produced one son.

Actor Barry Pepper won one of John J.B. Wilson's Razzie awards for his performance in Battlefield Earth: A Saga of the Year 3000.