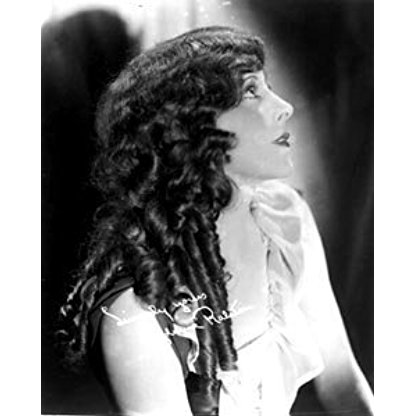 Jobyna Ralston was born on November 21, 1899 in  South Pittsburg, Tennessee, United States, is Actress. Curly-locked, cherubic knockabout comedienne of the silent cinema. Her mother, portrait photographer Mrs. Kemp Raulston, named her after her favorite actress, Jobyna Howland. She harbored ambitions for her daughter to achieve similar fame and trained her to that end. After a failed teenage marriage to a local farmer, Jobyna left her Tennessee home and went to New York in 1919 to join the Ned Wayburn dancing academy, a popular springboard for aspiring actresses.In 1920, she appeared first on screen in Reelcraft "Cuckoo" comedy shorts made in Jacksonville, FL. Around this time she also co-starred in Humor Risk (1921), which marked the film debut of The Marx Brothers, and is now considered a lost film. The following year she made her one Broadway appearance in "Two Little Girls in Blue" by George M. Cohan. Deciding that comedy was her forte, she went to Hollywood in 1922, starting as an extra with Hal Roach. She was cast in a rare dramatic role in The Call of Home (1922), then partnered with French comedian Max Linder and subsequently starred in Roach's James Parrott comedies. When Harold Lloyd became aware of her talent, he picked her as his leading lady, succeeding his wife-to-be Mildred Davis. By that time, Jobyna had already been in 60 one-reel comedy shorts for Hal Roach. She proceeded to star in six of Lloyd's features, of which Why Worry? (1923), The Freshman (1925) and The Kid Brother (1927) are standouts for her ability to combine considerable comedic talent with pathos. Of her performance in Girl Shy (1924), "Variety" commented (April 2) "Jobyna Ralston . . . proves herself considerable of an actress [sic] in addition to being decidedly pretty". In 1927 "Joby" was cast in a featured role in the Academy Award-winning drama Wings (1927), whose star, Richard Arlen, she married in January of that year (she eventually divorced Arlen in 1945 on the grounds of desertion, obtaining a $250,000 settlement). As a freelance comedienne she appeared in leading roles opposite stars like Eddie Cantor, Charles Ray and Buck Jones.Jobyna also starred with Douglas Fairbanks Jr. in an obscure Frank Capra melodrama, The Power of the Press (1928). She made just three talkies, The College Coquette (1929), Rough Waters (1930) (her co-star being Rin Tin Tin!) and Sheer Luck (1931). In regard to the first, the New York Times (August 26, 1929) declared that "Miss Ralston's utterances are frequently indistinct". Indeed, Jobyna was found to have a noticeable lisp which, combined with her impending pregnancy, effectively put an end to her career as a motion picture actress.
Jobyna Ralston is a member of Actress

Does Jobyna Ralston Dead or Alive?

Jobyna Ralston’s zodiac sign is Sagittarius. According to astrologers, Sagittarius is curious and energetic, it is one of the biggest travelers among all zodiac signs. Their open mind and philosophical view motivates them to wander around the world in search of the meaning of life. Sagittarius is extrovert, optimistic and enthusiastic, and likes changes. Sagittarius-born are able to transform their thoughts into concrete actions and they will do anything to achieve their goals.

Jobyna Ralston was born in the Year of the Pig. Those born under the Chinese Zodiac sign of the Pig are extremely nice, good-mannered and tasteful. They’re perfectionists who enjoy finer things but are not perceived as snobs. They enjoy helping others and are good companions until someone close crosses them, then look out! They’re intelligent, always seeking more knowledge, and exclusive. Compatible with Rabbit or Goat. 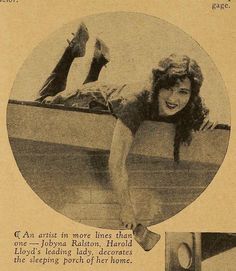 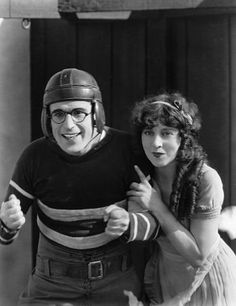 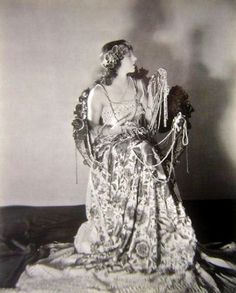 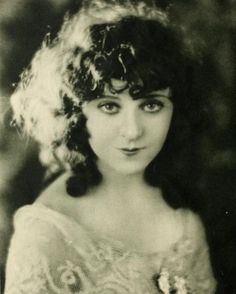 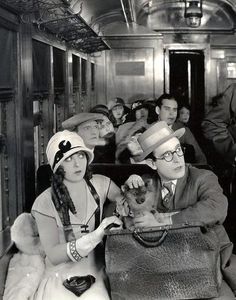 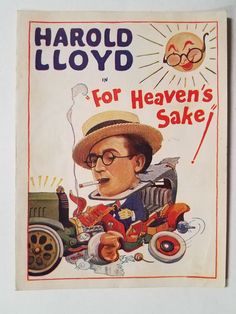 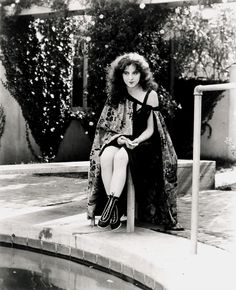 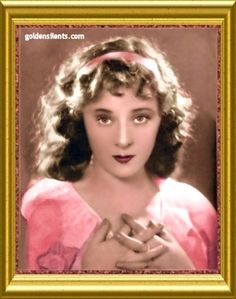 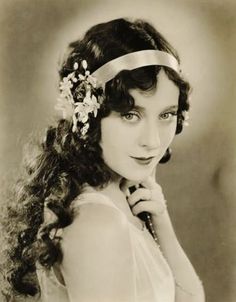 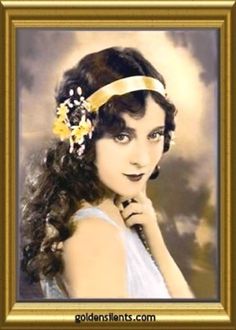 Born Jobyna Lancaster Raulston in South Pittsburg, Tennessee, in 1899 to parents who named her after famed entertainer of the time, Jobyna Howland. Ralston's mother, a portrait Photographer, carefully groomed her daughter for a show Business career.

At the age of nine she gave her first stage performance as Cinderella during the grand opening of the Wilson theatre/Opera House in 1909. Around 1915, Ralston attended acting school in New York. She later danced chorus and sang in Broadway productions, her first being Two Little Girls in Blue. This production marked her Broadway debut, when she was 21. Comedian Max Linder saw her on stage and persuaded her to go to Hollywood, where she appeared in a number of his films. She also co-starred in Humor Risk (1921), the fabled lost comedy short film that was to be the film debut of the Marx Brothers. Soon Director Hal Roach began to star the Actress in one-reel comedies. She abandoned the stage for the screen in 1922 when her mother's health began to decline, and she needed to make more money to help pay the medical bills.

In 1923 she was named by the film industry as one of the WAMPAS Baby Stars. This award was given every year to the top up and coming female stars. This same year she starred with silent Comedian Harold Lloyd in Why Worry?, and for the next five years appeared in six of Lloyd's feature films as his leading lady. It is for these performances and her onscreen chemistry with Lloyd that she is best remembered today. She would start the trend for romantic comedies with Girl Shy (1924).

Ralston was married twice, the first time to childhood beau John Campbell, the second in 1927 to actor Richard Arlen, whom she had met on the set of Wings. They had one child, actor Richard Arlen, Jr. The family appears together in Hollywood on Parade # A-4. Ralston and Arlen divorced in 1945.

During the last five years of her life Ralston suffered from rheumatism and had a series of strokes. She died in 1967 from pneumonia at the Motion Picture Country Home in Woodland Hills, Los Angeles, California. She was 67 years old and was survived by her son and a brother.