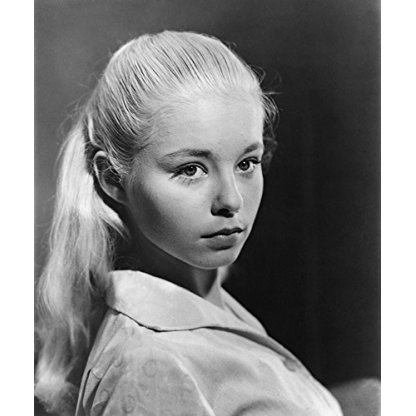 Jill Haworth was born on August 15, 1945 in  Sussex, England, United Kingdom, is Actress, Soundtrack. A slim, stunning, stylish-looking actress, British Jill Haworth (born Valerie Jill Haworth on August 15, 1945 in Sussex) was a free-spirited product of the 1960s. Her father was a textile magnate and sometime race car driver and mother an aspiring ballerina. Trained in dance herself, she attended the Corona Stage School and appeared, unbilled, as a schoolgirl in a couple of movies, before fame came knocking at her door.The diminutive (5'2") Jill was discovered by ever-formidable director Otto Preminger after he happened upon her photo from her acting school. Looking for a new face to play the refugee role of Karen in his monumental Oscar-winning film Exodus (1960), Jill made a touching impression as Sal Mineo's ill-fated Jewish girlfriend. An impressed Preminger went on to cast the actress in two other of his other important epics that same decade -- The Cardinal (1963) and In Harm's Way (1965). Both, however, were received with much less fanfare.At this juncture, Jill had gained a sympathy vote in Hollywood as many of her ingénues seemed to meet untimely ends. Despite a dusky, untrained singing voice, the lovely blonde went to Broadway in 1966 and fashioned the role of the capricious Britisher Sally Bowles (played with a dark wig) in the musical "Cabaret," which co-starred Bert Convy as her naive American boyfriend and the irrepressible Joel Grey as the seedy Master of Ceremonies. The Kander/Ebb musical, which took place in decadent pre-Nazi Berlin, was based on Christopher Isherwood's popular "Berlin Stories". A huge hit, it won numerous Tony awards, including best musical of the 1966-67 season. Although Jill received mixed reviews, she played the role for two years.Interestingly, it was veterans Lotte Lenya and Jack Gilford who received Tony nominations for their elderly roles in the production and not the young leads Haworth and Convy. Later on, while Grey was asked to recreate his magnetic Tony-winning part for the 1972 film Cabaret (1972)), Jill and Bert were snubbed again when the leads went to others. It should be noted that by the time Bob Fosse's screen version was ready to go, Jill's star had dimmed considerably. The movie was now geared as a showcase for the fast-rising Liza Minnelli. As such, the Bowles character was Americanized and her boyfriend, played now by Michael York, served as her British counterpart. Both Minnelli and Grey won well-deserved Oscars for their dazzling performances.After the "Cabaret" success, things died down and Jill returned to England, relegated to a few horror films here and there, including It! (1967), The Haunted House of Horror (1969) and Tower of Evil (1972). She also appeared on several American TV series from time to time, including Mission: Impossible (1966), The F.B.I. (1965), Baretta (1975) and Vega$ (1978). By the 1980s, however, Jill was pretty much out of sight.In 2001 she appeared out of nowhere in a support role for the America film Mergers & Acquisitions (2001). She was living in New York and reportedly had just finished working on a voiceover YMCA spot in 2011 when she died suddenly in her Manhattan home of "natural causes" at age 65.
Jill Haworth is a member of Actress

Does Jill Haworth Dead or Alive?

Jill Haworth’s zodiac sign is Virgo. According to astrologers, Virgos are always paying attention to the smallest details and their deep sense of humanity makes them one of the most careful signs of the zodiac. Their methodical approach to life ensures that nothing is left to chance, and although they are often tender, their heart might be closed for the outer world. This is a sign often misunderstood, not because they lack the ability to express, but because they won’t accept their feelings as valid, true, or even relevant when opposed to reason. The symbolism behind the name speaks well of their nature, born with a feeling they are experiencing everything for the first time.

Jill Haworth was born in the Year of the Rooster. Those born under the Chinese Zodiac sign of the Rooster are practical, resourceful, observant, analytical, straightforward, trusting, honest, perfectionists, neat and conservative. Compatible with Ox or Snake. 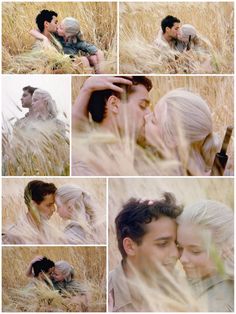 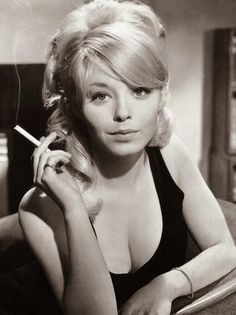 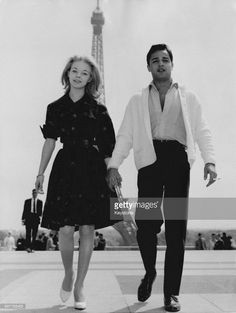 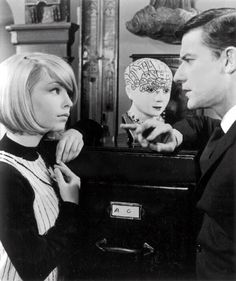 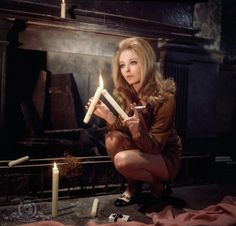 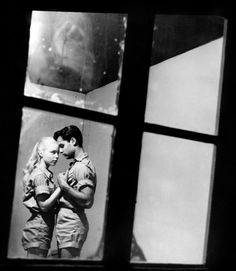 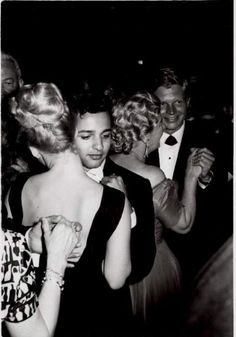 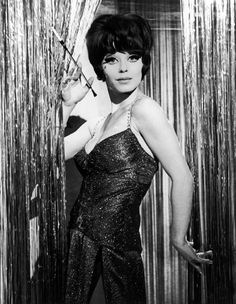 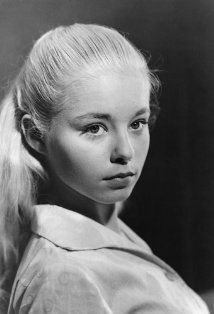 Haworth was born in Hove, Sussex, to a textile magnate father and a mother who trained as a ballet Dancer. She was named Valerie Jill in honour of the day she was born, Victory over Japan Day or V.J. Day. She took ballet lessons at the Sadler's Wells Ballet School to escape from an unhappy home when her parents separated in 1953. Later she attended the Corona Stage School.

Her first film appearance was in the remake of The 39 Steps (1959), directed by Ralph Thomas, when she had a non-speaking part as a schoolgirl. Next she played another schoolgirl in The Brides of Dracula (1960), directed by Terence Fisher.

Haworth only went to the three auditions to get out of school. She was only 15 years old when she appeared as Karen in her first acting role in a feature film. Haworth appeared in the 31 July 1960 issue of Parade magazine. She and Mineo appeared on the front cover of the 12 December 1960 issue of LIFE, part of a photo essay by Gjon Mili.

Mineo and Haworth were also considered for the film David and Lisa (1962), but once again Preminger refused permission. Preminger let her make three French films; Les Mystères de Paris (as Fleur de Marie; 1962), Because, Because of a Woman (fr) (as Cécilia; 1963), and Ton ombre est la mienne (as Sylvie 'Devi' Bergerat; 1963). Haworth co-starred alongside David McCallum in the Outer Limits episode, "The Sixth Finger" (1963). Haworth visited Mineo in Utah in November 1962 and had a nonspeaking role as an extra in The Greatest Story Ever Told (1965).

Under contract to Preminger (for five years), she also worked with him in The Cardinal (1963; as Lalage Menton), and In Harm's Way (1965) as Ensign Anna Lee Dorne, a Nurse Corps officer who, while engaged to Ensign Jeremiah Torrey (Brandon de Wilde), commits suicide after being raped by Captain Paul Eddington, Jr. (Kirk Douglas). Haworth liked working with De Wilde, Patricia Neal, and Douglas, but called John Wayne "the meanest, nastiest man with the worst attitude I ever worked with."

Haworth dated television Producer Aaron Spelling in the summer of 1965, when he was 42 and she was almost 20. Spelling reportedly told friends that he hoped that Haworth would be the next Mrs. Spelling, but Haworth's mother, Nancy, reportedly "scoffed" at the idea.

While filming It! she met Hal Prince, who was doing research for a musical based on Goodbye to Berlin by Christopher Isherwood. Prince asked her if she could sing, to which she claimed, "Louder than Merman." She played Sally Bowles in the original Broadway cast of the 1966 musical Cabaret, a part she played for almost two and a half years. Judi Dench took over the role when the production debuted in London in 1968. Haworth's other stage roles included Bedroom Farce and Butterflies Are Free.

She starred in the horror films It! (1967), The Haunted House of Horror (1969), Tower of Evil (1972), Home for the Holidays (1972), and The Mutations (1974). She only did It! for the money, hated her hair in the film, and hated the film altogether. Haworth liked working with Roddy McDowell, who brought her the poster for the film (on her opening night of Cabaret), and wrote "S-h" in front of the title.

While making Exodus, Haworth became friends, first, and then lovers, with Sal Mineo, and they remained friends until his death in 1976. She lost her virginity to Mineo at the age of 15 in her hotel suite at the Gotham Hotel in Manhattan. Their relationship as a couple ended on Valentine's Day 1964 when she discovered Sal was having an affair with Bobby Sherman. She did not talk to Mineo for a time, but they eventually became friends again, made public appearances together, and in 1971 she invested in his attempted production of The Wrong People (a book about a homosexual relationship with a young boy). Their friendship led to a brief resumption of a sexual relationship in 1969, but after she got pregnant in September and had an abortion, they went back to being just friends. She later told author Michael Michaud that she thought Courtney Burr III, who later had a long-term relationship with Mineo, was the "love of Mineo's life."

Haworth lived on New York City's Upper East Side for many years with her mother. She died of natural causes at the age of 65 on 3 January 2011 in Manhattan. She is buried at Kensico Cemetery.