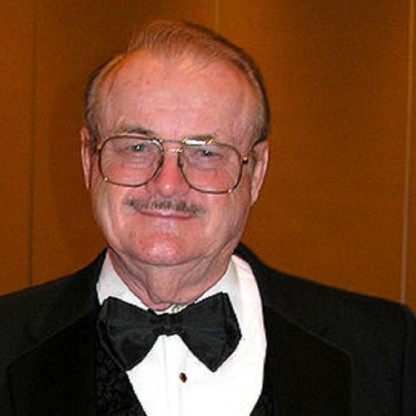 Jerry Pournelle was born on August 07, 1933 in Shreveport, United States, is Fiction writer. Jerry Eugene Pournelle is an American science-fiction writer, essayist and journalist. A lesser known fact about him is that he is a polymath too, with degrees in statistics, systems engineering, psychology and political science. He started writing non-science fiction work under the pseudonym of Wade Curtis or J. E. Pournelle. Critics believe that when it comes to writing, his stories always display a strong military theme and the progress of the people is depicted by, and depended upon, the advancement in technology. Then certain complicated social issues, arising from the technology, are dealt with through politically incorrect ways. Another thing that makes him popular amongst the readers is the various “laws” that he published in his books, the most famous being his Iron Law of Bureaucracy. As a journalist, he earned recognition in the computer industry for his monthly columns called the 'Computing At Chaos Manor' in ‘Byte’ magazine. His columns were the industry's first and the longest-running monthly column, running for a period of over 20 years. After the termination of his contract he moved the column to his own website. He thoroughly opposed the US strategy regarding the gulf war, as he was of the opinion that the money spent on the war could have been used for developing energy technologies
Jerry Pournelle is a member of Writers

Does Jerry Pournelle Dead or Alive?

Jerry Pournelle’s zodiac sign is Virgo. According to astrologers, Virgos are always paying attention to the smallest details and their deep sense of humanity makes them one of the most careful signs of the zodiac. Their methodical approach to life ensures that nothing is left to chance, and although they are often tender, their heart might be closed for the outer world. This is a sign often misunderstood, not because they lack the ability to express, but because they won’t accept their feelings as valid, true, or even relevant when opposed to reason. The symbolism behind the name speaks well of their nature, born with a feeling they are experiencing everything for the first time.

Jerry Pournelle was born in the Year of the Rooster. Those born under the Chinese Zodiac sign of the Rooster are practical, resourceful, observant, analytical, straightforward, trusting, honest, perfectionists, neat and conservative. Compatible with Ox or Snake. 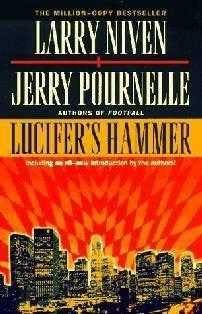 The other day we were sitting around the Byte offices listening to software and hardware explosions going off around us in the microcomputer world. We wondered, "Who could cover some of the latest developments for us in a funny, frank (and sometimes irascible) style?" The phone rang. It was Jerry Pournelle with an idea for a funny, frank (and sometimes irascible) series of articles to be presented in Byte on a semi-regular (i.e.: every 2 to 3 months) basis, which would cover the wild microcomputer goings-on at the Pournelle House ("Chaos Manor") in Southern California. We said yes. Herewith the first installment ...

Pournelle's work in the aerospace industry includes time he worked at Boeing in the late 1950s. While there, he worked on Project Thor, conceiving of "hypervelocity rod bundles", also known as "rods from God". He edited Project 75, a 1964 study of 1975 defense requirements. He worked in operations research at The Aerospace Corporation, and North American Rockwell Space Division, and was founding President of the Pepperdine Research Institute. In 1989, Pournelle, Max Hunter, and retired Army Lieutenant General Daniel O. Graham made a presentation to then Vice President Dan Quayle promoting development of the DC-X rocket.

Pournelle was born in Shreveport, the seat of Caddo Parish in northwestern Louisiana, and educated in Capleville, Tennessee. He served in the U.S. Army during the Korean War. Afterwards, he studied at the University of Washington, where he received a B.S. in psychology on June 11, 1955; an M.S. in psychology on March 21, 1958; and a Ph.D. in political science in March 1964. The thesis for his M.S. is titled "Behavioural observations of the effects of personality needs and leadership in small discussion groups", and is dated 1957. Pournelle's PhD dissertation is titled "The American political continuum; an examination of the validity of the left-right model as an instrument for studying contemporary American political 'isms'".

Pournelle began fiction writing non-SF work under a pseudonym in 1965. His early SF was published as "Wade Curtis", in Analog and other magazines. Some of his work is also published as "J.E. Pournelle".

Pournelle was among those who in 1968 signed a pro-Vietnam War advertisement in Galaxy Science Fiction. During the 1970s and 1980s, he also published articles on military tactics and war Gaming in the military simulations industry in Avalon Hill's magazine The General. He had previously won first prize in a late 1960s essay contest run by the magazine on how to end the Vietnam war. That led him into correspondences with some of the early figures in Dungeons and Dragons and other fantasy role-playing games.

Pournelle served as campaign research Director for the mayoral campaign of 1969 for Los Angeles Mayor Sam Yorty (Democrat), working under campaign Director Henry Salvatori. The election took place on May 27, 1969. Pournelle was later named Executive Assistant to the Mayor in charge of research in September 1969, but resigned from the position after two weeks. After leaving Yorty's office, in 1970 he was a consultant to the Professional Educators of Los Angeles (PELA), a group opposed to the unionization of school teachers in LA.

In the mid-1970s, Pournelle began a fruitful collaboration with Larry Niven; he has also collaborated on novels with Roland J. Green, Michael F. Flynn, and Steven Barnes, and collaborated as an Editor on an anthology series with John F. Carr.

Pournelle served as President of the Science Fiction and Fantasy Writers of America in 1973 and served aNewDomain Media as its Director until his death. He is recognized as the first author to have written a published book contribution using a word processor on a personal computer, in 1977.

Two of his collaborations with Larry Niven reached the top rankings in the New York Times Best Seller List. In 1977, Lucifer's Hammer reached number two. Footfall — wherein Robert A. Heinlein was a thinly veiled minor character — reached the number one spot in 1985.

In the 1980s, Pournelle was an Editor and columnist for Survive, a survivalist magazine. After 1998, Pournelle maintained a website with a daily online journal, "View from Chaos Manor", a blog dating from before the use of that term. It is a collection of his "Views" and "Mail" from a large variety of readers. This is a continuation of his 1980s blog-like online journal on GEnie. He said he resists using the term "blog" because he considered the word ugly, and because he maintained that his "View" is primarily a vehicle for writing rather than a collection of links. In his book Dave Barry in Cyberspace, humorist Dave Barry has fun with Pournelle's guru column in Byte magazine.

Pournelle was one of the few close friends of H. Beam Piper and was granted by Piper the rights to produce stories set in Piper's Terro-Human Future History. This right has been recognized by the Piper estate. Pournelle worked for some years on a sequel to Space Viking but seems to have abandoned this in the early 1990s, however John F. Carr intends its completion for release in 2018.

In a 1997 article, Norman Spinrad wrote that Pournelle had written the SDI portion of Ronald Reagan's State of the Union Address, as part of a plan to use SDI to get more money for space exploration, using the larger defense budget. Pournelle wrote in response that while the Citizens' Advisory Council on National Space Policy "wrote parts of Reagan's 1983 SDI speech, and provided much of the background for the policy, we certainly did not write the speech ... We were not trying to boost space, we were trying to win the Cold War". The Council's first report in 1980 became the transition team policy paper on space for the incoming Reagan administration. The third report was certainly quoted in the Reagan "Star Wars" speech.

In 2008, Pournelle battled a brain tumor, which appeared to respond favorably to radiation treatment. An August 28, 2008 report on his weblog claimed he was now cancer-free. Pournelle suffered a stroke on December 16, 2014, for which he was hospitalized for a time. By June 2015, he was writing again, though impairment from the stroke had slowed his typing. Pournelle died in his sleep at his home in Studio City, California, on September 8, 2017.

In 2010, his daughter Jennifer R. Pournelle (writing as J.R. Pournelle), an archaeology professor, e-published a novel Outies, an authorized sequel to the Mote in God's Eye series.

In 2013, Variety reported that motion picture rights to Pournelle's novel Janissaries had been acquired by the newly formed Goddard Film Group, headed by Gary Goddard. The IMDb website reported that the film was in development, and that husband-and-wife writing team, Judith and Garfield Reeves-Stevens, had written the screenplay.

Pournelle wrote the "Chaos Manor" column in Byte. In it Pournelle described his experiences with computer hardware and software, some purchased and some sent by vendors for review, at his home office. Because Pournelle was then, according to the magazine, "virtually Byte's only Writer who was a mere user—he didn't create compilers and computers, he merely used them", it began as "The User's Column" in July 1980. Subtitled "Omikron TRS-80 Boards, NEWDOS+, and Sundry Other Matters", an Editor's Note accompanied the article: