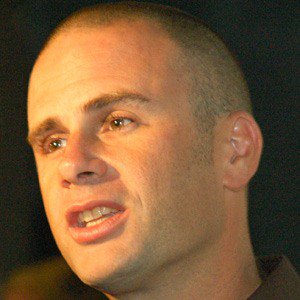 Does Jamie Walters Dead or Alive?

As per our current Database, Jamie Walters is still alive (as per Wikipedia, Last update: May 10, 2020).

Currently, Jamie Walters is 52 years, 1 months and 19 days old. Jamie Walters will celebrate 53rd birthday on a Monday 13th of June 2022. Below we countdown to Jamie Walters upcoming birthday.

Jamie Walters’s zodiac sign is Gemini. According to astrologers, Gemini is expressive and quick-witted, it represents two different personalities in one and you will never be sure which one you will face. They are sociable, communicative and ready for fun, with a tendency to suddenly get serious, thoughtful and restless. They are fascinated with the world itself, extremely curious, with a constant feeling that there is not enough time to experience everything they want to see.

Jamie Walters was born in the Year of the Rooster. Those born under the Chinese Zodiac sign of the Rooster are practical, resourceful, observant, analytical, straightforward, trusting, honest, perfectionists, neat and conservative. Compatible with Ox or Snake.

Actor and musician who played the role of Ray Pruit on the television series, Beverly Hills 90210.

He was scouted and given roles for Levi jeans commercials while attending college.

He played the lead role on the Fox series, The Heights and also sang its theme song, How Do You Talk to an Angel.

In the early 1990's he was in a relationship with and briefly engaged to Drew Barrymore. He married Patty Walters in 2002 but the couple separated in 2015 after having three daughters. He has a son from a previous relationship as well.

Shannen Doherty was his costar in the TV show, Beverly Hills, 90210.