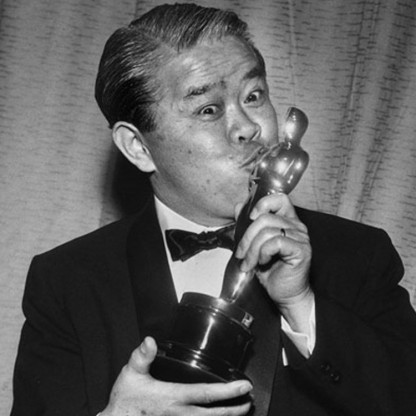 James Wong Howe was born on August 28, 1899 in Taishan, Guangdong, China, Chinese, is Cinematographer. James Wong Howe was a successful and distinguished Chinese American cinematographer. Howe started his career as an assistant cameraperson and gradually established himself as one of the most influential and sought after cinematographers in Hollywood. A virtuoso in applying and exploiting shadows in films, Howe was one of the pioneers in using deep-focus cinematography where distant places remained under focus along with foreground of the scenes. His rich body of work encompassed more than 130 films that he contributed to in a long career span of over five decades. He worked with many eminent directors like Allan Dwan, Samuel Fuller, John Cromwell, Sidney Lumet and William K. Howard. His excellent work on cinematography saw him being nominated for the ‘Academy Awards’ ten times. He won the award twice, first in 1956 for the film ‘The Rose Tattoo’ and then for the 1963 film ‘Hud’. According to a survey of members of ‘International Cinematographers Guild’, Howe was considered one of history’s 10 most influential cinematographers. He became a member of the prestigious ‘American Society of Cinematographers’ and had the honour and right to add ASC to his name.
James Wong Howe is a member of Film & Theater Personalities

James Wong Howe’s zodiac sign is Virgo. According to astrologers, Virgos are always paying attention to the smallest details and their deep sense of humanity makes them one of the most careful signs of the zodiac. Their methodical approach to life ensures that nothing is left to chance, and although they are often tender, their heart might be closed for the outer world. This is a sign often misunderstood, not because they lack the ability to express, but because they won’t accept their feelings as valid, true, or even relevant when opposed to reason. The symbolism behind the name speaks well of their nature, born with a feeling they are experiencing everything for the first time.

James Wong Howe was born in the Year of the Pig. Those born under the Chinese Zodiac sign of the Pig are extremely nice, good-mannered and tasteful. They’re perfectionists who enjoy finer things but are not perceived as snobs. They enjoy helping others and are good companions until someone close crosses them, then look out! They’re intelligent, always seeking more knowledge, and exclusive. Compatible with Rabbit or Goat. 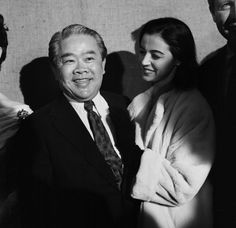 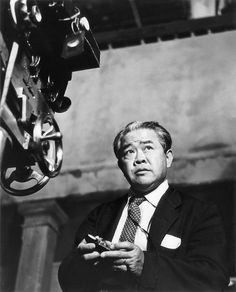 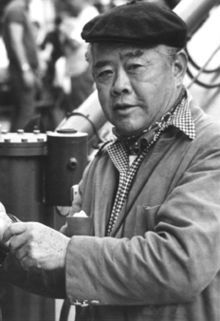 Howe was born Wong Tung Jim in Taishan, Canton Province, China in 1899. His Father Wong Howe moved to America that year to work on the Northern Pacific Railway and in 1904 sent for his family. The Howes settled in Pasco, Washington, where they owned a general store. A Brownie camera, said to have been bought at Pasco Drug (a now-closed city landmark) when he was a child, sparked an early interest in photography. After his father's death, the teenaged Howe moved to Oregon to live with his uncle and briefly considered (1915–16) a career as a bantamweight boxer. After compiling a record of 5 wins, 2 losses and a draw, Howe moved to the San Francisco Bay Area in hopes of attending aviation school but ran out of money and went south to Los Angeles. Once there, Howe took several odd jobs, including work as a commercial photographer's delivery boy and as a busboy at the Beverly Hills Hotel. After a chance encounter with a former boxing colleague who was photographing a Mack Sennett short on the streets of Los Angeles, Howe approached Cinematographer Alvin Wyckoff and landed a low-level job in the film lab at Famous Players-Lasky Studios. Soon thereafter he was called to the set of The Little American to act as an extra clapper boy, which brought him into contact with silent film Director Cecil B. DeMille. Amused by the sight of the diminutive Asian holding the slate with a large cigar in his mouth, DeMille kept Howe on and launched his career as a camera assistant. To earn additional money, Howe took publicity stills for Hollywood stars.

Howe also was known for his use of unusual lenses, film stocks, and shooting techniques. In the 1920s, he was an early adopter of the crab dolly, a form of camera dolly with four independent wheels and a movable arm to which the camera is attached. For the boxing scenes of Body and Soul (1947), he entered the boxing ring on roller-skates, carrying an early hand-held camera. Picnic (1955) features a very early Example of the helicopter shot, filmed by the second-unit Cinematographer, Haskell Wexler, and planned by Wexler and Howe.

One of those still photographs launched Howe's career as a Cinematographer when he stumbled across a means of making silent film star Mary Miles Minter's eyes look darker by photographing her while she was looking at a dark surface. Minter requested that Howe be first cameraman, that is Director of photography, on her next feature, and Howe shot Minter's closeups for Drums of Fate by placing black velvet in a large frame around the camera. Throughout his career, Howe retained a reputation for making actresses look their best through lighting alone and seldom resorted to using gauze or other diffusion over the lens to soften their features. Howe worked steadily as a Cinematographer from 1923 until the end of the era of silent film.

In 1928, Howe was in China shooting backgrounds for a movie he hoped to direct. The project he was working on was never completed (although some of the footage was used in Shanghai Express), and when he returned to Hollywood, he discovered that the "talkies" had largely supplanted silent productions. With no experience in that medium, Howe could not find work. To reestablish himself, Howe first co-financed a Japanese-language feature shot in Southern California entitled Chijiku wo mawasuru chikara (The Force that Turns the Earth around its Axis), which he also photographed and co-directed. When that film failed to find an audience in California's nisei communities or Japan, Howe shot the low-budget feature Today for no salary. Finally, director/producer Howard Hawks, whom he had met on The Little American, hired him for The Criminal Code and then Director william K. Howard selected him to be the Cinematographer on Transatlantic.

In the early 1930s, while at MGM, Howe, who had generally been billed as "James Howe", began listing his name in film credits as "James Wong Howe". Over the course of his career, he was also credited as "James How", "Jimmie Howe", and "James Wong How." Often publicized as a Chinese cameraman, Howe was prevented from becoming a U.S. citizen until the repeal of the Chinese Exclusion Act in 1943. Prior to World War II, Howe met his Future wife, Novelist Sanora Babb, whom he married in 1937 in Paris. Due to anti-miscegenation laws, the marriage would not be legally recognized in the United States until 1949. Babb died in 2005, aged 98.

Howe met his wife, Sanora Babb, before World War II. They traveled to Paris in 1937 to marry, but their marriage was not recognized by California until 1948, after the law banning racial intermarriage was abolished. Due to the ban, Howe's studio contract "morals clause" prohibited him from publicly acknowledging their marriage. They would not cohabit due to his traditional Chinese views, so they had separate apartments in the same building.

Howe was nominated for an Academy Award in 1944 in the "Best Cinematography: Black-and-White" category for his work on the movie Air Force, a nomination he shared with Elmer Dyer, A.S.C., and Charles A. Marshall.

Again reestablished, Howe's camerawork continued to be highly regarded. In 1949 he shot tests and was hired for a never made comeback film starring Greta Garbo (screen adaptation of Balzac's La Duchesse de Langeais). In 1956, Howe won his first Academy Award for The Rose Tattoo. The film's Director, Daniel Mann, had originally been a stage Director and later stated that he gave Howe control over almost all decisions about the filming other than those regarding the actors and dialogue. In 1957's Sweet Smell of Success, Howe worked with Director Alexander Mackendrick to give the black-and-white film a sharp-edged look reminiscent of New York tabloid photography such as that taken by Arthur "Weegee" Fellig. During the 1950s, Howe directed his only English-language feature films, Invisible Avenger, one of many film adaptations of The Shadow, and Go Man Go, a movie about the Harlem Globetrotters. Neither was a critical or commercial success. In 1961 Howe directed episodes of Checkmate and 87th Precinct, then went back to cinematography.

Howe's best known work was almost entirely in black and white. His two Academy Awards both came during the period when Best Cinematography Oscars were awarded separately for color and black-and-white films. However, he successfully made the transition to color films and earned his first Academy Award nomination for a color film in 1958 for The Old Man and the Sea. He won his second Academy Award for 1963's Hud. His cinematography remained inventive during his later career. For instance, his use of fish-eye and wide-angle lenses in Seconds (1966) helped give an eerie tension to Director John Frankenheimer's science fiction movie. After working on The Molly Maguires (1970), Howe's health began to fail and he entered semi-retirement. In 1974, he was well enough to be selected as a replacement Cinematographer for Funny Lady. He collapsed during the filming; American Society of Cinematographers President Ernest Laszlo filled in for Howe while he was recovering in the hospital. Funny Lady earned Howe his tenth and final Oscar nomination. Three documentaries were made about Howe during the last two decades of his life.