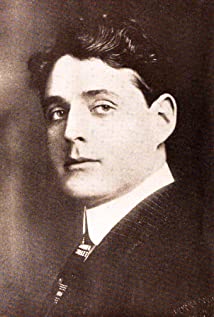 Very popular American star of silent films who left the business at the height of his career. While barely in his teens,...
J. Warren Kerrigan is a member of Actor

As per our current Database, J. Warren Kerrigan has been died on 9 June, 1947 at Balboa Beach, California, USA.

J. Warren Kerrigan’s zodiac sign is Leo. According to astrologers, people born under the sign of Leo are natural born leaders. They are dramatic, creative, self-confident, dominant and extremely difficult to resist, able to achieve anything they want to in any area of life they commit to. There is a specific strength to a Leo and their "king of the jungle" status. Leo often has many friends for they are generous and loyal. Self-confident and attractive, this is a Sun sign capable of uniting different groups of people and leading them as one towards a shared cause, and their healthy sense of humor makes collaboration with other people even easier.

J. Warren Kerrigan was born in the Year of the Rabbit. Those born under the Chinese Zodiac sign of the Rabbit enjoy being surrounded by family and friends. They’re popular, compassionate, sincere, and they like to avoid conflict and are sometimes seen as pushovers. Rabbits enjoy home and entertaining at home. Compatible with Goat or Pig.

Very popular American star of silent films who left the business at the height of his career. While barely in his teens, he worked as a warehouse clerk until a chance arrived to appear in a vaudeville production.

He continued to act in traveling stock productions, though he took a brief time away from the stage to attend the University of Illinois. By the time he was thirty, he had begun to make appearances in films for Essanay and Biograph.

A contract with the American Film Corporation opened the door to leading roles, often as a well-dressed and elegant man-about-town. Universal Pictures lured him with a better deal and he quickly rose to stardom there.

A glib remark about his refusal to enlist in the American army after the U.S. entry into World War I cost him both sympathy with audiences and the support of the studios. He began to work less frequently and for more minor studios.

When director James Cruze cast him as the rugged lead in The Covered Wagon (1923), Kerrigan found himself back on top, appearing in dashing leads in several important pictures. However, within a year, he decided to abandon his film career while at its zenith.

His stardom had given him the freedom to live freely and easily without working, which is how he lived out the rest of his life. Supposedly he made a few small appearances in supporting roles just before his death in June, 1947.