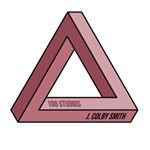 J. Colby Smith’s zodiac sign is Cancer. According to astrologers, the sign of Cancer belongs to the element of Water, just like Scorpio and Pisces. Guided by emotion and their heart, they could have a hard time blending into the world around them. Being ruled by the Moon, phases of the lunar cycle deepen their internal mysteries and create fleeting emotional patterns that are beyond their control. As children, they don't have enough coping and defensive mechanisms for the outer world, and have to be approached with care and understanding, for that is what they give in return.

J. Colby Smith was born in the Year of the Snake. Those born under the Chinese Zodiac sign of the Snake are seductive, gregarious, introverted, generous, charming, good with money, analytical, insecure, jealous, slightly dangerous, smart, they rely on gut feelings, are hard-working and intelligent. Compatible with Rooster or Ox.

Piercing artist whose stunning and understated jewelry has earned him more than 40,000 followers on Instagram.

He graduated from Roy High School in 1995 and would go on to spend the next fifteen years studying and practicing piercing.

His skill as a piercer has earned him features in magazines and publications like Coveteur and Vogue.

Hailing from Utah, he would later split his time between New York and Los Angeles.