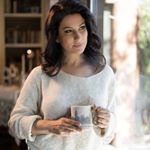 Iclal Aydin net worth and salary: Iclal Aydin is a TV Actress who has a net worth of $2 Million. Iclal Aydin was born in Nevsehir, in September 14, 1971. Theatre actress turned television star who has become well known for starring in several popular Turkish shows including Sıcak Saatler, Hayat Güzeldir, and Veda.
Iclal Aydin is a member of TV Actress

Does Iclal Aydin Dead or Alive?

As per our current Database, Iclal Aydin is still alive (as per Wikipedia, Last update: May 10, 2020).

Currently, Iclal Aydin is 49 years, 10 months and 12 days old. Iclal Aydin will celebrate 50rd birthday on a Tuesday 14th of September 2021. Below we countdown to Iclal Aydin upcoming birthday.

Iclal Aydin’s zodiac sign is Virgo. According to astrologers, Virgos are always paying attention to the smallest details and their deep sense of humanity makes them one of the most careful signs of the zodiac. Their methodical approach to life ensures that nothing is left to chance, and although they are often tender, their heart might be closed for the outer world. This is a sign often misunderstood, not because they lack the ability to express, but because they won’t accept their feelings as valid, true, or even relevant when opposed to reason. The symbolism behind the name speaks well of their nature, born with a feeling they are experiencing everything for the first time.

Iclal Aydin was born in the Year of the Pig. Those born under the Chinese Zodiac sign of the Pig are extremely nice, good-mannered and tasteful. They’re perfectionists who enjoy finer things but are not perceived as snobs. They enjoy helping others and are good companions until someone close crosses them, then look out! They’re intelligent, always seeking more knowledge, and exclusive. Compatible with Rabbit or Goat.

During middle school and high school, she was an avid writer and theatre student. Then, in 1989, she joined the theatre department at Ankara University.

Outside of her acting career, she has worked extensively as a journalist, penning for the Vatan newspaper and directing a weekly women's magazine.

Married three times, her first husband was Kemal Basbug, with whom she had one daughter, Zeynep Lal Basbug. Her second husband was poet Tuna Kiremitçi and her third was Efe Kubilay whom she married in 2015.

From 2006 to 2008, she starred opposite Emre Kinay in the Turkey television series İki Aile.