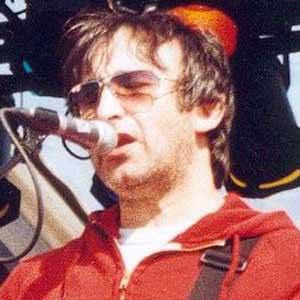 Does Ian Broudie Dead or Alive?

As per our current Database, Ian Broudie is still alive (as per Wikipedia, Last update: May 10, 2020).

Currently, Ian Broudie is 62 years, 11 months and 28 days old. Ian Broudie will celebrate 63rd birthday on a Wednesday 4th of August 2021. Below we countdown to Ian Broudie upcoming birthday.

Ian Broudie’s zodiac sign is Leo. According to astrologers, people born under the sign of Leo are natural born leaders. They are dramatic, creative, self-confident, dominant and extremely difficult to resist, able to achieve anything they want to in any area of life they commit to. There is a specific strength to a Leo and their "king of the jungle" status. Leo often has many friends for they are generous and loyal. Self-confident and attractive, this is a Sun sign capable of uniting different groups of people and leading them as one towards a shared cause, and their healthy sense of humor makes collaboration with other people even easier.

Ian Broudie was born in the Year of the Dog. Those born under the Chinese Zodiac sign of the Dog are loyal, faithful, honest, distrustful, often guilty of telling white lies, temperamental, prone to mood swings, dogmatic, and sensitive. Dogs excel in business but have trouble finding mates. Compatible with Tiger or Horse.

English singer-songwriter and producer known for his work with bands like Big in Japan and Lightning Seeds. He is also a respected producer who has produced music for artists like The Fall and Echo & the Bunnymen.

He was a member of the Liverpool punk rock scene in the 1970's and formed the band Original Colors.

In 2004, he released his first solo album called Tales Told.

His son Riley was the inspiration for his song The Life of Riley.

His rendition of Three Lions with comedian Frank Skinner shot to number one on the charts.