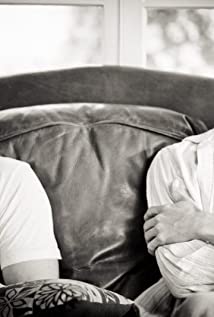 As per our current Database, Hunter G. Williams is still alive (as per Wikipedia, Last update: May 10, 2020).

Hunter G. Williams’s zodiac sign is Cancer. According to astrologers, the sign of Cancer belongs to the element of Water, just like Scorpio and Pisces. Guided by emotion and their heart, they could have a hard time blending into the world around them. Being ruled by the Moon, phases of the lunar cycle deepen their internal mysteries and create fleeting emotional patterns that are beyond their control. As children, they don't have enough coping and defensive mechanisms for the outer world, and have to be approached with care and understanding, for that is what they give in return.

Hunter G. Williams was born in the Year of the Goat. Those born under the Chinese Zodiac sign of the Goat enjoy being alone in their thoughts. They’re creative, thinkers, wanderers, unorganized, high-strung and insecure, and can be anxiety-ridden. They need lots of love, support and reassurance. Appearance is important too. Compatible with Pig or Rabbit.

Born June 23rd in Tarzana Ca, Hunter is the son of celebrated hair stylist Marlene D Williams and stunt man Richard Williams. Growing up on set was intriguing to young Hunter, getting to meet many of Hollywood's A list.

He excelled in sports, and after high school traveled Europe playing minor league soccer. After a serious ankle injury, he returned home to Los Angeles. It is said that when one door shuts, another opens.

An old friend asked Hunter if he wanted to go to an open casting call for a Drew Barrymore film, and he agreed. While standing in a line of two hundred hopefuls, Hunter was spotted by the casting director and offered a role in Never Been Kissed (1999).

The production atmosphere seduced him, he quickly moved his soccer career to the back burner and dedicated his time to acting. Over the next few years Hunter was in countless casting rooms, tirelessly auditioning all over town.

He was a reoccurring character on Spy Tv (2001), Who knows the Band? (2001), and The Jamie Kennedy Experiment (2002). He also did several photo shoots, appearing in ads for Levis and O'Neil. With his ankle now healed, Hunter went back to competitive soccer while still searching for his break out role.

In 2007 his dream of playing pro soccer seemed ready to take flight when he was asked to try out for the LA Galaxy. Just days later, he was offered his first lead role in the suspense thriller, Divine Unrest (2008).

The cross roads can be a lonely place, and the direction we choose may change things forever. Hunter took the role of Fin Griffin, a man tormented by guilt and addiction. The experience calcified his perception of the craft, and justified his many years of hard work.

He has never looked back.Next he landed roles in several shorts, including G.S.I. Ghost Services International (2007), Diagonal (2009), and another lead in the feature length film Theft by Deception (2010).

Hunters parents met on the set of Little Big Man (1970). And it goes with out saying that Hollywood has changed a bit in the last forty years. In 2009 Hunter decided to take charge of his career, and formed Busted Knuckle Productions.

He surrounded himself with industry professionals and raw talent. His competitive nature and personable demeanor allow him to wear the producer's hat with confidence and grace. Consummate networking skills and efficient use of resources helped him produce, co-write and star in their first feature, Cornered (2011).

Also due out this next is the paranormal thriller, The Whispering Dead (2013), and a short film titled The Riverside Shuffle (2011). Today Busted Knuckle Productions is a fully functioning production company, with complete top of the line camera and lighting departments, and a wide range of talent to pull from in all areas.

Their up coming slate of projects is looking strong. The Madness Within (2019) will be released theatrically in early December 2019, their first animated feature, The Grundles has begun filming, and Pre production has begun on The Road Home (2019), and Killing Angels (2020).

Hunter is quickly proving he is worth his salt in many ways, although he truly is an actor first. With Busted Knuckle Productions as the vehicle, and Hunter at the helm, we have only seen the beginning of a career bound for greatness.