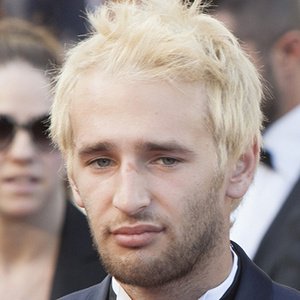 As per our current Database, Hopper Jack Penn is still alive (as per Wikipedia, Last update: May 10, 2020).

Hopper Jack Penn’s zodiac sign is Leo. According to astrologers, people born under the sign of Leo are natural born leaders. They are dramatic, creative, self-confident, dominant and extremely difficult to resist, able to achieve anything they want to in any area of life they commit to. There is a specific strength to a Leo and their "king of the jungle" status. Leo often has many friends for they are generous and loyal. Self-confident and attractive, this is a Sun sign capable of uniting different groups of people and leading them as one towards a shared cause, and their healthy sense of humor makes collaboration with other people even easier.

Hopper Jack Penn was born in the Year of the Rooster. Those born under the Chinese Zodiac sign of the Rooster are practical, resourceful, observant, analytical, straightforward, trusting, honest, perfectionists, neat and conservative. Compatible with Ox or Snake.

American actor who is known for starring in a range of short films, television series, and feature films as well. He is most recognized for his role as the character Nick Farrenberg in the 2017 film War Machine.

He has been interviewed and featured in multiple press outlets for his acting and the troubling journey that came along with it including in People Magazine, Mercury News, and USA Today.

He was born and raised in Los Angeles, California. He is the son of legendary actor Sean Penn.

He starred alongside Emory Cohen in the 2017 film War Machine.