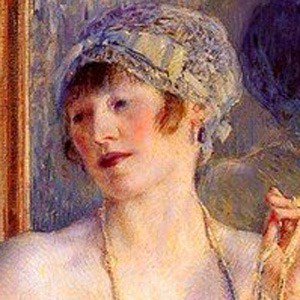 Frederick Carl Frieseke’s zodiac sign is Aries. According to astrologers, the presence of Aries always marks the beginning of something energetic and turbulent. They are continuously looking for dynamic, speed and competition, always being the first in everything - from work to social gatherings. Thanks to its ruling planet Mars and the fact it belongs to the element of Fire (just like Leo and Sagittarius), Aries is one of the most active zodiac signs. It is in their nature to take action, sometimes before they think about it well.

Frederick Carl Frieseke was born in the Year of the Dog. Those born under the Chinese Zodiac sign of the Dog are loyal, faithful, honest, distrustful, often guilty of telling white lies, temperamental, prone to mood swings, dogmatic, and sensitive. Dogs excel in business but have trouble finding mates. Compatible with Tiger or Horse. 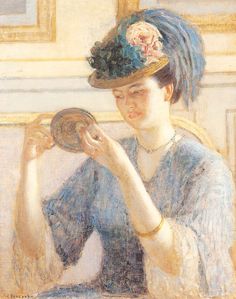 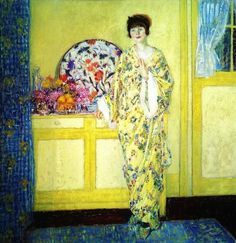 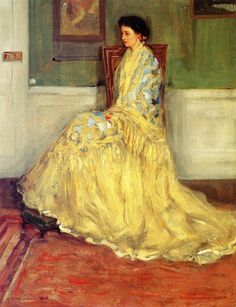 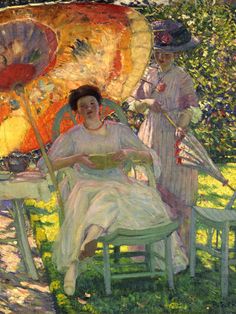 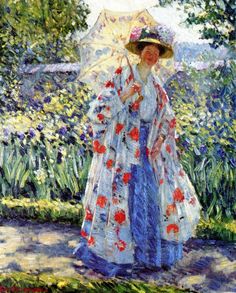 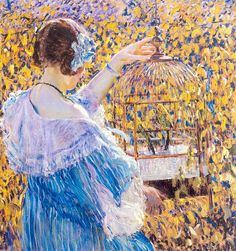 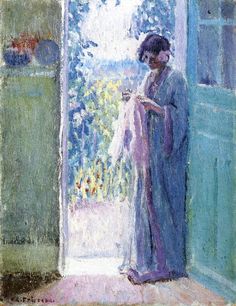 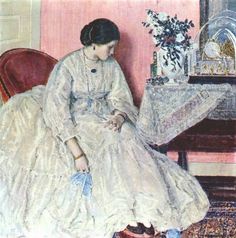 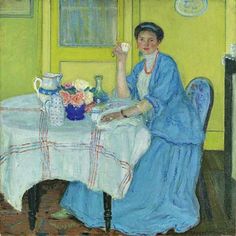 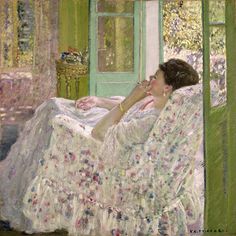 He studied at the Art Students League in New York City and then spent fourteen years in Paris perfecting his technique.

He was a member of the famed Giverny Art Colony in France.

He was born in Owosso, Michigan, and was the grandson of German immigrants. He married Sadie O'Bryan in 1905.