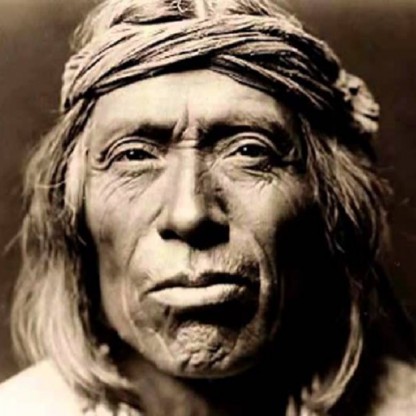 Francisco Vásquez de Coronado was born on 1510 in Salamanca, Spanish, is Explorers. Francisco Vazquez de Coronado was a Spanish conquistador who became one of the first Europeans to discover the Grand Canyon and sight many other important landmarks. As an explorer he led extensive expeditions to faraway lands primarily in the hope of finding the mythical Seven Cities of Gold. Even though he could never find the precious treasures he sought, he did discover several important physical landmarks in the American Southwest while searching for the legendary cities of gold. Born into a wealthy aristocratic family in Salamanca, Spain, he received a comfortable upbringing. As a young man he travelled to New Spain where he found the support of Antonio de Mendoza, the viceroy of Mexico. He soon landed a government position and married the daughter of a prominent and influential man. Eventually he settled into a life marked by power and prosperity when he heard rumors of a faraway land abundant in gold and riches located to the north of Mexico. He set out on an expedition to seek out these lands himself. Over the course of his extensive explorations, members of his party became the first Europeans to sight the Grand Canyon. They continued their search for the Seven Cities of Gold through what is now Texas, Oklahoma and Kansas. However, the expedition could not find the riches they sought and returned home disappointed
Francisco Vásquez de Coronado is a member of Miscellaneous 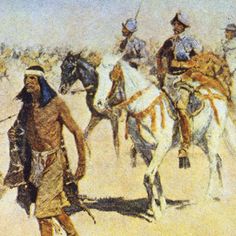 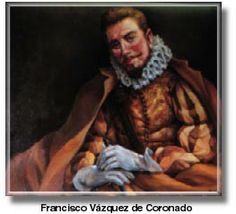 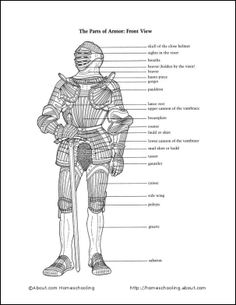 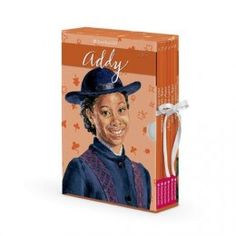 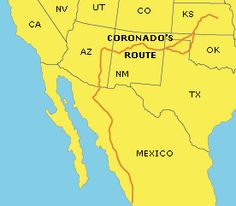 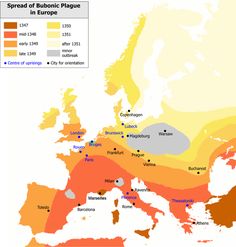 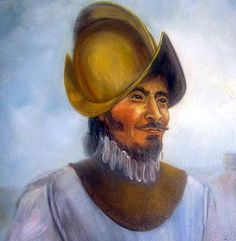 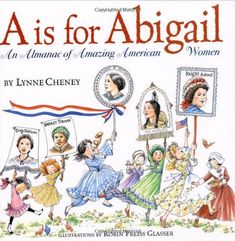 Indiana Jones and the Last Crusade references the "Cross of Coronado". According to the film, this gold cross, discovered in a Utah cave system, was given to Vázquez de Coronado by Hernán Cortés in 1521. Such an event never happened because Vázquez de Coronado would have been 11 or 12 years old in 1521 and still living in Spain. In addition, when Indy captures the cross from Robbers aboard a ship off the coast of Portugal, the ship can be seen to be named 'The Coronado'.

Francisco Vázquez de Coronado went to New Spain (present-day Mexico) in 1535 at about age 25, in the entourage of its first Viceroy, Antonio de Mendoza, the son of his father's patron and Vázquez de Coronado's personal friend. In New Spain, he married twelve-year-old Beatriz de Estrada, called "the Saint" (la Santa), sister of Leonor de Estrada, ancestor of the de Alvarado family and daughter of Treasurer and Governor Alonso de Estrada y Hidalgo, Lord of Picón, and wife Marina Flores Gutiérrez de la Caballería, from a converso Jewish family. Vázquez de Coronado inherited a large portion of a Mexican encomendero estate through Beatriz and had eight children by her.

In the autumn of 1539, Mendoza ordered Melchior Díaz, commander of the Spanish outpost at San Miguel de Culiacán, to investigate Friar de Niza's findings, and on November 17, 1539, Díaz departed for Cíbola with fifteen horsemen. At the ruins of Chichilticalli, he turned around because of "snows and fierce winds from across the wilderness". Díaz had encountered Vázquez de Coronado before he had departed San Miguel de Culiacán, and reported that initial investigations into Friar de Niza's report disproved the existence of the bountiful land he had described. Díaz's report was delivered to Viceroy Mendoza on March 20, 1540.

Hernando de Alvarado was sent to the east, and found several villages around the Rio Grande. Vázquez de Coronado had one commandeered for his winter quarters, Coofor, which is across the river from present-day Bernalillo near Albuquerque, New Mexico. During the winter of 1540–41, his army found themselves in conflict with the Rio Grande natives, which led to the brutal Tiguex War. This war resulted in the destruction of the Tiguex pueblos and the deaths of hundreds of Native Americans.

There is a large hill just North West of Lindsborg, Kansas, that is called Coronado Heights. The former owner of the land built a small castle atop the hill to commemorate Vázquez de Coronado's 1541 visit to the area. The castle and the area around it is now a public camping and recreation area. The soft sandstone rocks at the peak of the hill are covered in the names of past visitors to the area.

Vázquez de Coronado returned to the Tiguex Province in New Mexico from Quivira and was badly injured in a fall from his horse "after the winter was over", according to the chronicler Castañeda—probably in March 1542. During a long convalescence, he and his expeditionaries decided to return to New Spain (Mexico). Vázquez de Coronado and his expedition departed New Mexico in early April 1542, leaving behind two friars. His expedition had been a failure. Although he remained governor of Nueva Galicia until 1544, the expedition forced him into bankruptcy and resulted in charges of war crimes being brought against him and his field master, Cárdenas. Vázquez de Coronado was cleared by his friends on the Audiencia, but Cárdenas was convicted in Spain of basically the same charges by the Council of the Indies. Vázquez de Coronado remained in Mexico City, where he died of an infectious disease on September 22, 1554. He was buried under the altar of the Church of Santo Domingo in Mexico City.

Coronado, California is not named after Francisco Vázquez de Coronado, but is named after Coronado Islands, which were named in 1602 by Sebastián Vizcaíno who called them Los Cuatro Coronados (the four crowned ones) to honor four martyrs.

In 1952, the United States established Coronado National Memorial near Sierra Vista, Arizona to commemorate his expedition.

The song Coronado And The Turk from singer-songwriter Steve Tilston's 1992 album Of Moor And Mesa is based on the story of Vázquez de Coronado's expedition.

In 1993, Jimmy Owens found crossbow points in Blanco Canyon in Crosby County, Texas, near the town of Floydada in Floyd County. Archaeologists subsequently searched the site and found pottery sherds, more than forty crossbow points, and dozens of horseshoe nails of Spanish manufacture, plus a Mexican-style stone blade. This find strengthens the evidence that Vázquez de Coronado found the Teyas in Blanco Canyon.

Despite what is shown in the accompanying map, on-the-ground research by Nugent Brasher beginning in 2005 revealed evidence that Vázquez de Coronado traveled north between Chichilticalli and Zuni primarily on the Future New Mexico side of the state line, not the Arizona side as has been thought by historians since the 1940s. Also, most scholars believe Quivira was about thirty miles east of the great bend of the Arkansas River, ending about twenty miles west-southwest of the location depicted on the map, with Quivira being mostly on tributaries of the Arkansas River instead of directly on the Kansas River. For details, see the heading below, "Location of Quivira...."

Three Leaders affiliated with the Vázquez de Coronado expedition were able to reach the Colorado River. The first was Hernando de Alarcón, then Melchior Díaz and lastly Garcia Lopez de Cárdenas. Alarcón's fleet was tasked to carry supplies and to establish contact with the main body of Vázquez de Coronado's expedition but was unable to do so because of the extreme distance to Cibola. He traveled up the Sea of Cortés and then the Colorado River. In this exploration, he hauled some supplies for Vázquez de Coronado, but eventually, he buried them with a note in a bottle. Melchior Díaz was sent down from Cíbola by Vázquez de Coronado to take charge of the camp of Corazones and to establish contact with the fleet. Soon after arriving at the camp he set out from the valley of Corazones in Sonora and traveled overland in a north/northwesterly direction until he arrived at the junction of the Colorado River and Gila River. There the local natives, probably the CocoMaricopa (see Seymour 2007b), told him that Alarcón's sailors had buried supplies and left a note in a bottle. The supplies were retrieved, and the note stated that Alarcón's men had rowed up the river as far as they could, searching in vain for the Vázquez de Coronado expedition. They had given up and decided to return to their departure point because worms were eating holes in their boats. Díaz named the river the "Firebrand (Tizón) River" because the natives in the area used firebrands to keep their bodies warm in the winter. Díaz died on the trip back to the camp in the valley of the Corazones.

Vázquez de Coronado traveled north on one side or the other of today's Arizona–New Mexico state line, and from the headwaters of the Little Colorado River, he continued on until he came to the Zuni River. He followed the Zuni until he found the region inhabited by the Zuni people. The members of the expedition were almost starving and demanded entrance into the village of Hawikuh (of which the preferred Zuni word is Hawikku). The natives refused, denying the expedition entrance to the village. Vázquez de Coronado and his expeditionaries attacked the Zunis. The ensuing skirmish constituted the extent of what can be called the Spanish "Conquest of Cíbola". During the battle, Vázquez de Coronado was injured. He never personally led his men-at-arms in any subsequent battles. During the weeks that the expedition stayed at Zuni, he sent out several scouting expeditions.

Scholars differ in their opinions as to which historical Indian group were the Teyas. A plurality believe they were Caddoan speakers and related to the Wichita. The place where Vázquez de Coronado found the Teyas has also been debated. The mystery may have been cleared up—to the satisfaction of some—by the discovery of a likely Vázquez de Coronado campsite. While Vázquez de Coronado was in the canyon country, his army suffered one of the violent climatic events so Common on the plains. "A tempest came up one afternoon with a very high wind and hail ... The hail broke many tents and tattered many helmets, and wounded many of the horses, and broke all the crockery of the army, and the gourds which was no small loss."

The song Hitchin' to Quivira from independent singer-songwriter Tyler Jakes's 2016 album Mojo Suicide is based on the story of Vázquez de Coronado's expedition.