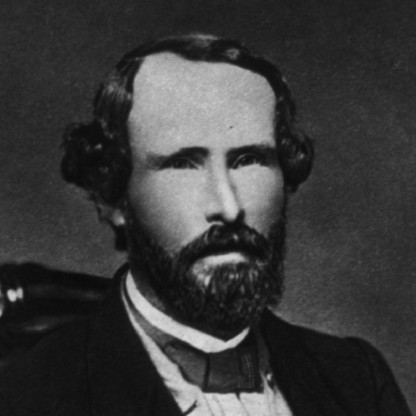 Eston Hemings was born on 1808 in Monticello, Virginia, United States, United States, is Slave. Eston Hemings was an African-American slave, born to one of Thomas Jefferson's slaves, Sally Hemings, and believed to be fathered by Thomas Jefferson. Based on his brother Madison's memoir, contemporary newspaper accounts, entries in 'Thomas Jefferson's Farm Book', as well as census and property records, historians have maintained for a long time that Sally Hemings children were fathered by none other than Thomas Jefferson. However, partly due to the attempts by Eston Hemings and his descendants to hide their lineage and pass as white people, in order to escape racial discrimination, there have been controversies regarding the identity of his father. It was farther complicated by later members of the Jefferson family, such as Thomas Jefferson Randolph, who claimed that Peter Carr fathered Sally Hemings' children. However, one male descendant of Eston, who had gone through DNA test during the end of the 20th century, matched the rare haplotype of the Thomas Jefferson male line, while having no match with the Carr male line.
Eston Hemings is a member of Miscellaneous 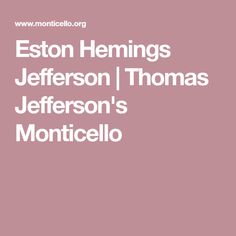 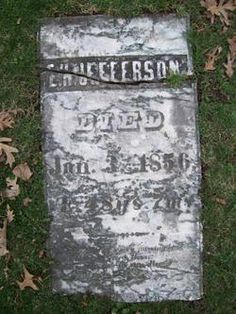 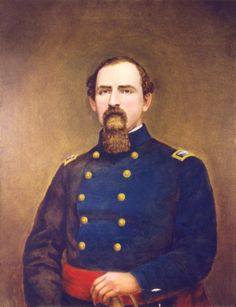 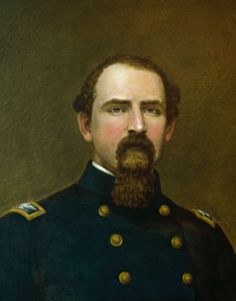 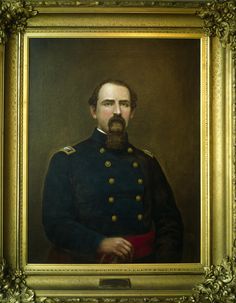 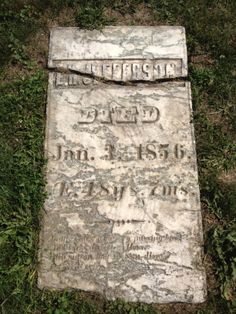 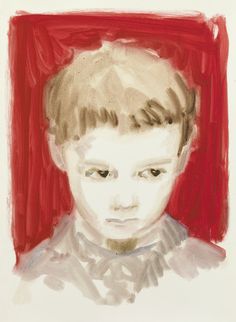 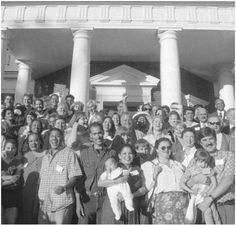 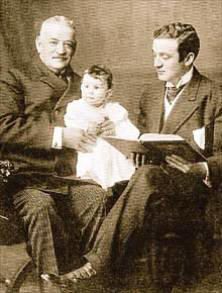 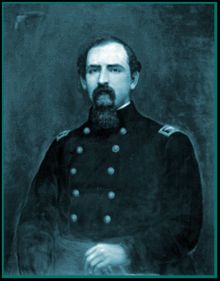 “Eston Hemings, being a master of the violin, and an accomplished "caller" of dances, always officiated at the "swell" entertainments of Chillicothe.”

Madison and Eston were freed in 1827, in accordance with President Jefferson’s will. (Madison was 22; Eston was freed at 19.) Additionally, Jefferson's will petitioned the legislature to allow the Hemingses to stay in Virginia after being freed, unlike most freed slaves. In his 1873 memoir, Madison said the Hemings children were freed as a result of a promise Jefferson made to Sally Hemings.

Upon gaining freedom, Hemings initially pursued a career in woodworking and carpentry in Charlottesville, Virginia. In 1830, Eston Hemings purchased property and built a house on Main Street, where his mother lived with him until her death in 1835.

In 1832, Eston married a free woman of color, Julia Ann Isaacs (1814–1889). She was the daughter of the successful Jewish merchant David Isaacs, from Germany, and Ann (Nancy) West, a free woman of mixed race. Nancy West was the daughter of Priscilla, a former slave, and Thomas West, her white master. Thomas West left property to his children Nancy and James West in his will. Prohibited by law from marrying, Isaacs and West maintained separate households and businesses for years (she was a successful baker.) They had seven children together, and later in their lives shared a household.

About 1837 Hemings moved with his family to Chillicothe, a town in southwest Ohio (a free state) with a thriving community. Numerous free blacks and white abolitionists had support stations linked to the Underground Railroad to aid escaping slaves. There Hemings became a professional musician, playing the violin or fiddle and leading a successful dance band. The children were educated in integrated schools. Anna for a time attended the Manual Labor School at Albany, Ohio. A former classmate later wrote that she was introduced as "Miss Anna (or Ann) Heming[s] [sic], the grand daughter of Thomas Jefferson".

Passage of the Fugitive Slave Act in 1850 increased pressure on the black communities in Ohio and other free states bordering slave states. In towns along the Underground Railroad, slave catchers invaded the communities, sometimes kidnapping and selling into slavery free people as well as fugitive slaves. In 1852, Eston decided to move the family further north for security, and migrated to Madison, Wisconsin. There they took the surname Jefferson, and they passed into the European-American (white) community. Eston Hemings Jefferson died in 1856.

In 1852 Eston moved with his wife and three children to Madison, Wisconsin, where they changed their surname to Jefferson and entered the white community. Their sons both served in the Union Army, and the older one, John Wayles Jefferson, achieved the rank of colonel. He moved to Memphis, Tennessee, becoming a wealthy cotton broker and never married.

What is known of Eston's life is derived from his brother Madison's 1873 memoir, a few entries in Thomas Jefferson's Farm Book, a handful of contemporary newspaper accounts, various census and land/tax records, and the family history of his descendants.

Their eldest son John Wayles Jefferson served as a white officer in the regular United States Army during the American Civil War, achieving the rank of colonel. John W. Jefferson led the Wisconsin 8th Infantry. He was wounded twice in battle. During the war, he published letters home, and after the war, published articles about his experiences. Before the war, John Jefferson ran the American House hotel in Madison, which was taken over by his younger brother Beverley. After the war and the end of slavery in the U.S., John Jefferson moved to Memphis, Tennessee. He became a successful cotton broker, supported his mother, and left a considerable estate at his death in 1892. He never married or had known children.

In a 1902 article of the Scioto Gazette, a correspondent wrote that while Hemings lived in Ohio in the 1840s, it was widely said that he and his brother Madison were the sons of Thomas Jefferson. In addition, several neighbors of Eston had traveled together to Washington, DC, where they saw a statue of Jefferson; they commented on how much Hemings resembled him. The correspondent also recollected:

They discovered that in the 1940s, her father and his brothers had decided against continued telling of the Hemings-Jefferson story to their children, out of fear the younger people would be discriminated against. The family's new knowledge of their history enabled DNA researchers in 1998 to locate Jean's cousin, John Weeks Jefferson, a male descendant of Eston Hemings Jefferson, for testing. His Y-chromosome matched the rare haplotype of the Thomas Jefferson male line. The Carr male line did not match, conclusively refuting the oral history of Thomas Jefferson Randolph that Peter Carr was the father of Sally Hemings' children.

In the 1970s, Jean Jefferson, unaware of her connection to the Hemings family, read Fawn Brodie's biography, Jefferson: An Intimate Portrait. She recognized Eston Hemings Jefferson's name in the book from family stories and contacted Brodie. The Historian helped Jefferson start putting the pieces of the family history back together.

Historians had long disputed accounts that Thomas Jefferson had a relationship with his mixed-race slave Sally Hemings and fathered children by her. In the late 20th century, historians began reanalyzing the body of evidence. In 1997, Annette Gordon-Reed published a book that analyzed the historiography and noted how historians since the 19th century had accepted accounts by Jefferson descendants while rejecting accounts by Madison Hemings, a son of Sally Hemings, and Israel Jefferson, another former slave at Monticello. Both said that Thomas Jefferson fathered Hemings' children. She said historians failed to adequately assess which version was supported by known facts.

Since 1998 and the DNA study, many historians have accepted that the widower Jefferson had a long intimate relationship with Hemings, and fathered six children with her, four of whom survived to adulthood. The Thomas Jefferson Foundation (TJF), which runs Monticello, and the National Genealogical Society conducted independent studies; their scholars concluded Jefferson was probably the father of all Hemings's children.

Critics, such as the Thomas Jefferson Heritage Society (TJHS) Scholars Commission (2001), have argued against the TJF report. They have concluded that there is insufficient evidence to determine that Jefferson was the father of Hemings's children. The TJHS report suggested that Jefferson's younger brother Randolph Jefferson could have been the father, and that Hemings may have had multiple partners. No previous accounts had suggested that.

In 2010 Eston's descendant Julie Jefferson Westerinen (whose brother's DNA matched the Jefferson line), and her cousin Shay Banks-Young, a descendant of Madison Hemings, were honored together with their half-cousin David Works, a descendant of Martha Wayles Skelton Jefferson. The three identify as European American, African American and European American, respectively. In the last several years, since meeting, they have become active in talking about race and related issues in public forums. In addition to organizing reunions between the two sides of the Jefferson family, they have created a new organization, the "Monticello Community", to bring together the descendants of all who lived and worked at Monticello.

In 2012, the Smithsonian Institution and the Thomas Jefferson Foundation held a major exhibit at the National Museum of American History: Slavery at Jefferson's Monticello: The Paradox of Liberty; it says that "most historians now believe that… the evidence strongly support[s] the conclusion that Jefferson was the father of Sally Hemings' children." The exhibit toured in Atlanta and Saint Louis into 2014 after leaving Washington.