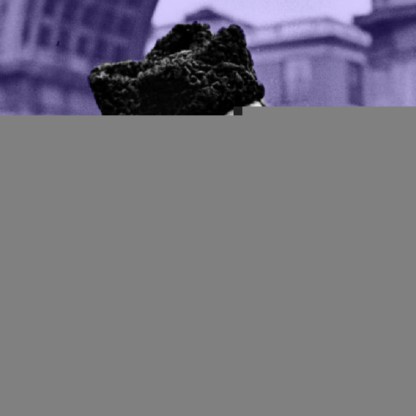 Edna St. Vincent Millay was born on February 22, 1892 in Rockland, United States, is Poetess and Playwright. Edna St. Vincent Millay was an American poetess and playwright who was known for her feminist activism and her several love affairs. Some of her notable poems include ‘Second April’, ‘Wine from These Grapes’ and ‘A Few Figs from Thistles’. Besides writing a number of poems, she also wrote plays like ‘Aria da Capo’. She wrote her prose work under the pseudonym Nancy Boyd. She acted as the script writer of “The King’s Henchman”, an opera. Her arrest regarding her involvement in the protest of Sacco-Vanzetti case was the inspiration behind writing ‘Justice Denied in Massachusetts’. She also wrote a five-act play ‘The Lamp and the Bell’, a poetic drama. Most of her poems are synonymous with perpetual youth. Most of these indicate feminine revolt and liberation. They deal with inevitable themes like love, sorrow, death and change in life. Brutalities carried out by nations like Spain, Germany and Japan acted as an inspiration for her works titled ‘Huntsman, What Quarry?’ and ‘The Murder of Lidice’. She was the first woman to be awarded the Pulitzer Prize for poetry. Due to her praiseworthy contribution to American poetry, she was honoured with the Frost Medal.
Edna St. Vincent Millay is a member of Writers

Edna St. Vincent Millay’s zodiac sign is Pisces. According to astrologers, Pisces are very friendly, so they often find themselves in a company of very different people. Pisces are selfless, they are always willing to help others, without hoping to get anything back. Pisces is a Water sign and as such this zodiac sign is characterized by empathy and expressed emotional capacity.

Edna St. Vincent Millay was born in the Year of the Dragon. A powerful sign, those born under the Chinese Zodiac sign of the Dragon are energetic and warm-hearted, charismatic, lucky at love and egotistic. They’re natural born leaders, good at giving orders and doing what’s necessary to remain on top. Compatible with Monkey and Rat. 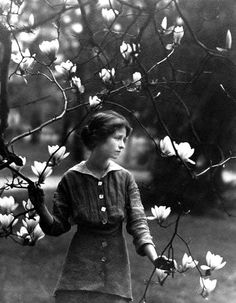 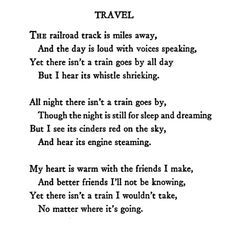 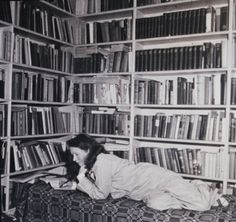 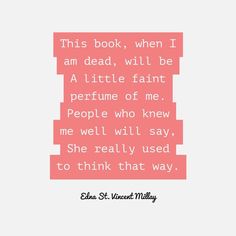 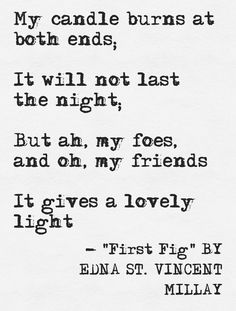 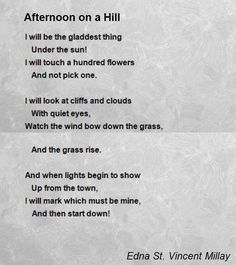 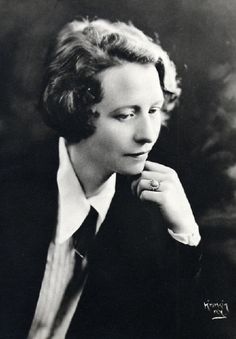 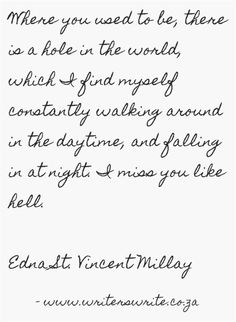 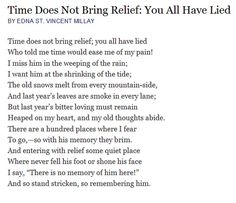 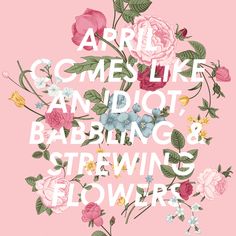 The whole world holds in its arms today
The murdered village of Lidice,
Like the murdered body of a little child.

Millay was born in Rockland, Maine, to Cora Lounella Buzelle, a nurse, and Henry Tolman Millay, a schoolteacher who would later become a superintendent of schools. Her middle name derives from St. Vincent's Hospital in New York, where her uncle's life had been saved just before her birth. The family's house was "between the mountains and the sea where baskets of apples and drying herbs on the porch mingled their scents with those of the neighboring pine woods." In 1904, Cora officially divorced Millay's father for financial irresponsibility, but they had already been separated for some years. Cora and her three daughters, Edna (who called herself "Vincent"), Norma Lounella (born 1893), and Kathleen Kalloch (born 1896), moved from town to town, living in poverty. Cora travelled with a trunk full of classic literature, including Shakespeare and Milton, which she read to her children. The family settled in a small house on the property of Cora's aunt in Camden, Maine, where Millay would write the first of the poems that would bring her literary fame.

Millay's fame began in 1912 when she entered her poem "Renascence" in a poetry contest in The Lyric Year. The poem was widely considered the best submission and when it was ultimately awarded fourth place, it created a scandal which brought Millay publicity. The first-place winner Orrick Johns was among those who felt that "Renascence" was the best poem, and stated that "the award was as much an embarrassment to me as a triumph". A second-prize winner offered Millay his $250 prize money. In the immediate aftermath of the Lyric Year controversy, wealthy arts patron Caroline B. Dow heard Millay reciting her poetry and playing the piano at the Whitehall Inn in Camden, Maine, and was so impressed that she offered to pay for Millay's education at Vassar College.

Millay entered Vassar College in 1913 when she was 21 years old, later than usual. She had relationships with several fellow students during her time there and kept scrapbooks including drafts of plays written during the period.

After her graduation from Vassar in 1917, Millay moved to New York City. She lived in a number of places in Greenwich Village, including a house owned by the Cherry Lane Theatre and 75½ Bedford Street, renowned for being the narrowest in New York City. The critic Floyd Dell wrote that the red-haired and beautiful Millay was "a frivolous young woman, with a brand-new pair of dancing slippers and a mouth like a valentine." Millay described her life in New York as "very, very poor and very, very merry." While establishing her career as a poet, Millay initially worked with the Provincetown Players on Macdougal Street and the Theatre Guild. In 1924 Millay and others founded the Cherry Lane Theater "to continue the staging of experimental drama." Magazine articles under a pseudonym also helped support her early days in the village.

Her 1920 collection A Few Figs From Thistles drew controversy for its exploration of female sexuality and feminism. In 1919 she wrote the anti-war play Aria da Capo which starred her sister Norma Millay at the Provincetown Playhouse in New York City. Millay won the Pulitzer Prize for Poetry in 1923 for "The Ballad of the Harp-Weaver"; she was the third woman to win the poetry prize, after Sara Teasdale (1918) and Margaret Widdemer (1919).

In January 1921, she went to Paris, where she met and befriended the Sculptor Thelma Wood.

"Euclid alone has looked on Beauty bare" (1922) is an homage to the geometry of Euclid. "Renascence" and "The Ballad of the Harp-Weaver" are often considered her finest poems. On her death, The New York Times described her as "an idol of the younger generation during the glorious early days of Greenwich Village [...] One of the greatest American poets of her time." Thomas Hardy said that America had two great attractions: the skyscraper and the poetry of Edna St. Vincent Millay.

In 1923 she married 43-year-old Eugen Jan Boissevain (1880–1949), the widower of the labor Lawyer and war correspondent Inez Milholland, a political icon Millay had met during her time at Vassar. A self-proclaimed feminist, Boissevain supported her career and took primary care of domestic responsibilities. Both Millay and Boissevain had other lovers throughout their twenty-six-year marriage. For Millay, a significant such relationship was with the poet George Dillon. She met Dillon at one of her readings at the University of Chicago in 1928 where he was a student. He was fourteen years her junior, and the relationship inspired the sonnets in the collection Fatal Interview (published 1931).

In 1925, Boissevain and Millay bought Steepletop near Austerlitz, New York, which had been a 635-acre (257 ha) blueberry farm. The couple built a barn (from a Sears Roebuck kit), and then a writing cabin and a tennis court. Millay grew her own vegetables in a small garden. The couple later bought Ragged Island in Casco Bay, Maine, as a summer retreat. The couple often had trouble with servants, with Millay writing, "The only people I really hate are servants. They are not really human beings at all."

During the first world war Millay had been a dedicated and active pacifist; however, from 1940 she supported the Allied Forces, writing in celebration of the war effort and later working with Writers' War Board to create propaganda, including poetry. Her reputation in poetry circles was damaged by her war work. Merle Rubin noted: "She seems to have caught more flak from the literary critics for supporting democracy than Ezra Pound did for championing fascism." In The New York Times Magazine, Millay mourned the Czechoslovak city of Lidice, the site of a Nazi massacre:

This article would serve as the basis her 32 page poem, Murder of Lidice in 1942 and loosely served as the basis of the 1943 MGM movie Hitler's MadMan. Douglas Sirk directed the movie. Harper and Brothers published the poem in 1942.

In 1943 Millay was the sixth person and the second woman to be awarded the Frost Medal for her lifetime contribution to American poetry.

Her pacifist verse drama Aria da Capo, a one-act play written for the Provincetown Players, is often anthologized. It aired live as an episode of Academy Theatre in 1949 on NBC.

Millay died at her home on October 19, 1950. She had fallen down stairs and was found approximately eight hours after her death. Her physician reported that she had suffered a heart attack following a coronary occlusion. She was 58 years old. She is buried alongside her husband at Millay Colony for the Arts, Austerlitz, New York.

Millay's sister Norma and her husband, the Painter and actor Charles Frederick Ellis, moved to Steepletop after Millay's death. In 1973, they established Millay Colony for the Arts on the seven acres around the house and barn. After the death of her husband in 1976, Norma continued to run the program until her death in 1986.

Details of Millay's life were compiled by biographer Nancy Milford in the book titled Savage Beauty: The Life of Edna St Vincent Millay, published in 2001. Milford was sought out by Millay's only living connection at the time, her sister Norma Millay Ellis, and was chosen for her previous, successful biography Zelda. Milford would then go on to edit and write an introduction for a collection of Millay's poems called The Selected Poetry of Edna St. Vincent Millay.

At 17, the poet Mary Oliver visited Steepletop and became a close friend of Norma. Oliver eventually lived there for seven years and helped to organize Millay's papers. Mary Oliver herself went on to become a Pulitzer Prize-winning poet, greatly inspired by Millay's work. In 2006, the state of New York paid $1.69 million to acquire 230 acres (0.93 km) of Steepletop, with the intention to add the land to a nearby state forest preserve. The proceeds of the sale were to be used by the Edna St. Vincent Millay Society to restore the farmhouse and grounds and turn it into a museum. The museum has been open to the public since summer 2010, and guided tours of Steepletop and Millay's gardens are available from the end of May through the middle of October. Parts of the grounds of Steepletop, including the Millay Poetry Trail that leads to her grave, are now open to the public year-round.