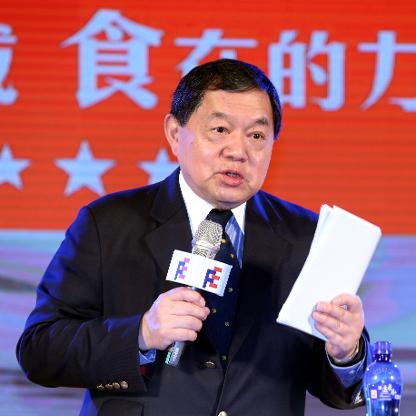 Douglas Hsu & family was born on March 08, 1930 in Taipei, Taiwan, Taiwan. Douglas Hsu chairs the Far Eastern Group, a conglomerate that his father started in 1940 as an underwear supplier. The company moved to Taiwan in 1949 when it was split from the mainland by civil war. Far Eastern's businesses include Far EasTone Telecommunications, U-Ming Marine Transport, Everest Textile, Asia Cement and Oriental Union Chemical. Hsu, who obtained a bachelor's and masters degree at the University of Notre Dame, is an emeritus trustee.
Douglas Hsu & family is a member of Diversified

As per our current Database, Douglas Hsu & family is still alive (as per Wikipedia, Last update: May 10, 2020).

Douglas Hsu & family’s zodiac sign is Aries. According to astrologers, the presence of Aries always marks the beginning of something energetic and turbulent. They are continuously looking for dynamic, speed and competition, always being the first in everything - from work to social gatherings. Thanks to its ruling planet Mars and the fact it belongs to the element of Fire (just like Leo and Sagittarius), Aries is one of the most active zodiac signs. It is in their nature to take action, sometimes before they think about it well.

Douglas Hsu & family was born in the Year of the Horse. Those born under the Chinese Zodiac sign of the Horse love to roam free. They’re energetic, self-reliant, money-wise, and they enjoy traveling, love and intimacy. They’re great at seducing, sharp-witted, impatient and sometimes seen as a drifter. Compatible with Dog or Tiger. 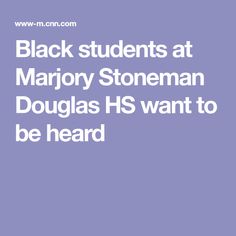 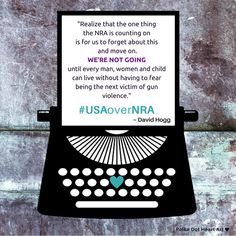 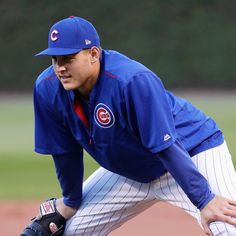 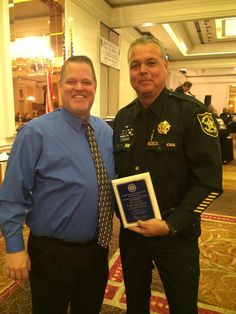 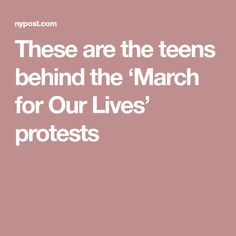 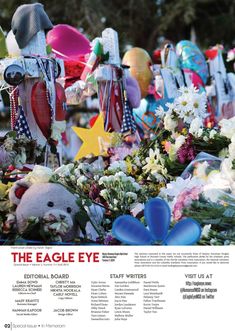 Douglas Hurd was born in 1930 in the market town of Marlborough in Wiltshire. His Father Anthony Hurd (later Lord Hurd) and grandfather Sir Percy Hurd were also Members of Parliament. His uncle, Sir Archibald Hurd, was a leading Fleet Street shipping correspondent, who became a Freeman Honoris Causa of the Shipwrights' Company in 1922 and was knighted in 1928.

Hurd attended Twyford School and Eton College, where he was a King's Scholar and won the Newcastle Scholarship in 1947. He was also Captain of School (Head Boy).

After school Hurd did National Service, which he did not particularly enjoy, at a time when the Berlin Blockade made a Third World War seem far from unlikely. He began in July 1948 with a compulsory period in the ranks of the Royal Regiment of Artillery alongside young men of all social backgrounds. He later recorded that although living standards were no great shock after the spartan conditions at public school in those days, the petty dishonesty which he saw in the barrack room, and the waste of time which was so large a part of a conscript’s experience, made him sceptical in later years of constituents’ demands for a restoration of National Service. He was selected for officer training, attending Mons Officer Cadet School, Aldershot from November 1948, and was commissioned as a Second Lieutenant in the 5th Regiment, Royal Horse Artillery (as it was then called) at the start of March 1949. He was released from the Army in September 1949 to take up his place at Cambridge University. He trained for a few weeks each summer as a reserve officer until 1952.

Hurd went up to Trinity College, Cambridge in the autumn of 1949. He achieved an Upper Second (II:1) in his preliminary exams in summer 1950, a respectable grade but considered not quite good enough for a scholar of the college. In March 1951 he was approached by an Admiral to be recruited to British Intelligence. He attended a selection panel, but withdrew from the process because, he later wrote, he did not want to pursue a career which would have to be pursued in secret. Hurd's brother Julian, who was on the officer training course at Aldershot at the time, committed suicide in June 1951. In his third year, Hurd served as Chairman of the Cambridge University Conservative Association for Michaelmas (autumn) Term 1951 and President of the Cambridge Union Society in Easter (summer) Term 1952. His special subject for study was the Second French Republic, and he graduated in 1952 with a first-class degree (BA) in history.

In 1952, Hurd joined the Diplomatic Service. He was posted to China, the United States and Italy, before leaving the Service in 1966 to enter politics as a member of the Conservative Party.

Hurd was appointed Commander of the Order of the British Empire in 1974 and Companion of Honour in the 1996 New Year Honours. He was formerly a Visiting Fellow of Nuffield College, Oxford and Chairman of the German British Forum.

Hurd was appointed Minister of State at the Foreign & Commonwealth Office upon the Conservative victory in the 1979 general election and remained in that post for the duration of the Parliament. After the 1983 election Thatcher moved Hurd to the Home Office, but just over a year later he was promoted to Cabinet rank, succeeding James Prior as Secretary of State for Northern Ireland. In this position, his diplomatic skills paved the way for the signing of the Anglo-Irish Agreement on the Future of Northern Ireland, which marked a turning point in British-Irish co-operation on the political situation in the troubled region. A month before the agreement was signed, however, Hurd returned to the Home Office, this time as Home Secretary, following the demotion of Leon Brittan to the Department of Trade and Industry. Widely seen as a "safe pair of hands" and a solid, loyal member of the Cabinet, Hurd's tenure as Home Secretary was largely uncontroversial, although he was notably of the view that Her Majesty's Prison Service did not work effectively and argued for more rehabilitation of offenders and alternative sentencing.

After a sound performance as Home Secretary, Hurd's Cabinet career progressed further during the turbulent final months of Margaret Thatcher's prime ministership. On 26 October 1989, Hurd moved to the Foreign Office, succeeding John Major, whose rapid rise through the Cabinet saw him become Chancellor of the Exchequer in the wake of Nigel Lawson's resignation. This was the post in which Hurd made his greatest political impact.

In mid-November 1990, he supported Margaret Thatcher's candidature as Conservative Party leader against challenger Michael Heseltine, but on her withdrawal from the second round of the contest on 22 November, Hurd decided to enter the race as a moderate centre-right candidate, drawing on his reputation as a successful 'law-and-order' Home Secretary. He was seen as an outsider, lagging behind the more charismatic Heseltine and the eventual winner, John Major, who shared the moderate centre-right political ground with Hurd but had the added advantages of youth and political momentum. Hurd's Etonian education may have also been a disadvantage. He came third, winning 56 of the 372 votes cast and, together with Heseltine, conceded defeat to allow Major, who had fallen just three votes short of an outright majority, to return unopposed and take over as Prime Minister on 27 November 1990. Hurd was gracious in defeat and, on the formation of Major's first Cabinet, was returned to his former position as Foreign Secretary.

Hurd was involved in a public scandal concerning Britain's funding of a hydroelectric dam on the Pergau River in Malaysia, near the Thai border. Building work began in 1991 with money from the British foreign aid budget. Concurrently, the Malaysian government bought around £1 billion's worth of British-made arms. The suggested linkage of arms deals to aid became the subject of a UK Government inquiry from March 1994. In November 1994, after an application for Judicial Review brought by the World Development Movement, the High Court of Justice held that the British Foreign Secretary, Douglas Hurd's actions were ultra vires [outside his legal powers and therefore unlawful] by allocating £234 million towards the funding of the dam, on the grounds that the legislation only empowered him to fund economically sound projects.

After his retirement as Foreign Secretary, he remained a key supporter of John Major, and kept a range of active political involvements as well as taking on some Business appointments, most notably as a Deputy Chairman of NatWest Markets and a Board Director of NatWest Group, posts he held from October 1995-99.

In December 1997, Hurd was appointed Chairman of British Invisibles (now renamed International Financial Services London or IFSL). He was Chairman of the judging panel for the 1998 Booker Prize for Fiction. He became a member of the Royal Commission on the Reform of the House of Lords in February 1999, and in September 1999 he was appointed High Steward of Westminster Abbey, reflecting his long active membership of the Church of England. He later went on to chair the Hurd Commission which produced a review of the roles and functions of the Archbishop of Canterbury.

His third son, The Hon Alexander Hurd, married Sarah Wells in 2004 and they have three children.

Hurd's eldest son, Nick Hurd, is also a Conservative Politician and was elected Member of Parliament for Ruislip Northwood and Pinner at the May 2005 general election. In 2010, he was appointed Minister for Civil Society and married Lady Clare Kerr.

Hurd married twice. In 1960, he married his first wife Tatiana, daughter of Major Arthur Eyre MBE, and their union produced three sons. The couple separated in 1976, and divorced in 1982. Tatiana Hurd cited her husband's career as the reason for their separation, saying, "Really, politics don't mix with marriage". In 1982 Hurd married Judy Smart, his former parliamentary secretary, who was 19 years his junior. They had two children, a boy and a girl. Judy Hurd died of leukaemia on 22 November 2008 in an Oxford hospital, aged 58.

Hurd is currently a member of the Top Level Group of UK Parliamentarians for Multilateral Nuclear Disarmament and Non-proliferation, established in October 2009.

Shortly after his withdrawal from frontline politics, Hurd travelled to Serbia to meet Slobodan Milošević on behalf of the British bank NatWest (see below), fuelling some speculation that Hurd had taken a pro-Serbian line. There has been criticism of Hurd's policies in relation to the war. The Bosnian government even threatened to charge Hurd as an accomplice to genocide before the War Tribunal at The Hague, though this came to nothing. In 2010 Douglas Hurd told a reporter that he was troubled by his Bosnia policy but still doubted that intervention would have brought about an earlier end to the war.

Hurd's second son, Thomas, joined the Diplomatic Service. His name appeared on a list of suspected MI6 operatives which was published on the Internet, as did Lord Hurd himself, supposedly the work of disgruntled former SIS (MI6) or Security Service (MI5) employees. The authenticity of several entries on the list is questionable, leading to speculation that it was in fact compiled by a poorly informed amateur. The Hon Thomas Hurd was appointed OBE in 2006, and is married with five children. His wife, Catherine, known as Sian, died on 21 May 2011, after falling from the roof of the building where they lived on East 84th Street in New York City.

Hurd is a patron of the Burford School Uganda Link – the longest running such link in the UK.