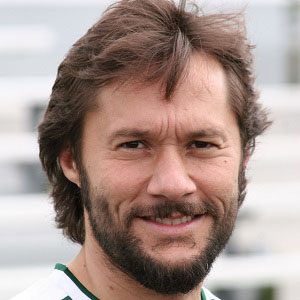 Diego Torres was born on March 9, 1971 in Buenos Aires, Argentina. Popular Argentine singer and actor known for Platinum-selling albums like Tratar de Estar Mejor and his self-titled debut.
Diego Torres is a member of Pop Singer

Does Diego Torres Dead or Alive?

As per our current Database, Diego Torres is still alive (as per Wikipedia, Last update: May 10, 2020).

Currently, Diego Torres is 50 years, 8 months and 23 days old. Diego Torres will celebrate 51rd birthday on a Wednesday 9th of March 2022. Below we countdown to Diego Torres upcoming birthday.

Diego Torres’s zodiac sign is Pisces. According to astrologers, Pisces are very friendly, so they often find themselves in a company of very different people. Pisces are selfless, they are always willing to help others, without hoping to get anything back. Pisces is a Water sign and as such this zodiac sign is characterized by empathy and expressed emotional capacity.

Diego Torres was born in the Year of the Pig. Those born under the Chinese Zodiac sign of the Pig are extremely nice, good-mannered and tasteful. They’re perfectionists who enjoy finer things but are not perceived as snobs. They enjoy helping others and are good companions until someone close crosses them, then look out! They’re intelligent, always seeking more knowledge, and exclusive. Compatible with Rabbit or Goat.

His most popular song, Color Esperanza, was nominated for a Grammy in 2003.

His mother is Argentine singing legend Lolita Torres. He grew up with three siblings. In 2013 he and his girlfriend Debora Bello welcomed a daughter named Nina.

He collaborate with Dominican singer Juan Guerra on the hit 2006 single Abriendo Caminos.