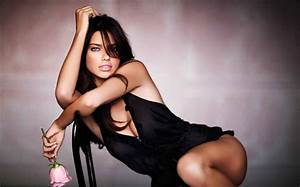 As per our current Database, Di Moon Zhang is still alive (as per Wikipedia, Last update: May 10, 2020).

Di Moon Zhang’s zodiac sign is Scorpio. According to astrologers, Scorpio-born are passionate and assertive people. They are determined and decisive, and will research until they find out the truth. Scorpio is a great leader, always aware of the situation and also features prominently in resourcefulness. Scorpio is a Water sign and lives to experience and express emotions. Although emotions are very important for Scorpio, they manifest them differently than other water signs. In any case, you can be sure that the Scorpio will keep your secrets, whatever they may be.

Di Moon Zhang was born in the Year of the Dog. Those born under the Chinese Zodiac sign of the Dog are loyal, faithful, honest, distrustful, often guilty of telling white lies, temperamental, prone to mood swings, dogmatic, and sensitive. Dogs excel in business but have trouble finding mates. Compatible with Tiger or Horse.

He began appearing on television in China at the age of 20. He then formed Marvelous Motion Crew when he was 21 years old and won numerous awards before it dissolved in 2010.

His YouTube channel is where he posts all of his dance videos.

He was born and raised in Shen Yang, China. He began dancing when he was 15 years old and became part of China's first generation of hip hop Dancers.

One of his main collaborators who helped him co-found the crews Marvelous Motion and I.aM.mE was Phillip Chbeeb.