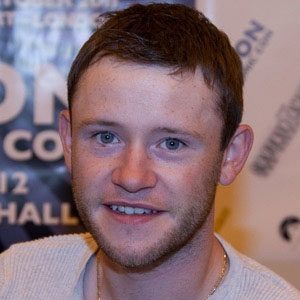 Devon Murray was born on October 28, 1988 in County Kildare, Ireland. He became recognized for his role as Seamus Finnegan in the Harry Potter films. As a child actor, he also appeared in This is My Father and Yesterday's Children.
Devon Murray is a member of Movie Actor

Does Devon Murray Dead or Alive?

As per our current Database, Devon Murray is still alive (as per Wikipedia, Last update: May 10, 2020).

Currently, Devon Murray is 33 years, 1 months and 3 days old. Devon Murray will celebrate 34rd birthday on a Friday 28th of October 2022. Below we countdown to Devon Murray upcoming birthday.

Devon Murray’s zodiac sign is Scorpio. According to astrologers, Scorpio-born are passionate and assertive people. They are determined and decisive, and will research until they find out the truth. Scorpio is a great leader, always aware of the situation and also features prominently in resourcefulness. Scorpio is a Water sign and lives to experience and express emotions. Although emotions are very important for Scorpio, they manifest them differently than other water signs. In any case, you can be sure that the Scorpio will keep your secrets, whatever they may be.

Devon Murray was born in the Year of the Dragon. A powerful sign, those born under the Chinese Zodiac sign of the Dragon are energetic and warm-hearted, charismatic, lucky at love and egotistic. They’re natural born leaders, good at giving orders and doing what’s necessary to remain on top. Compatible with Monkey and Rat. 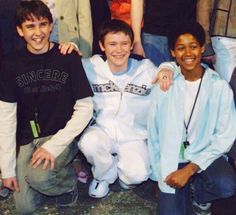 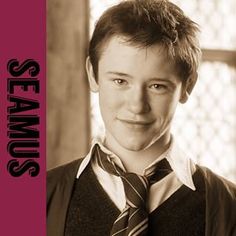 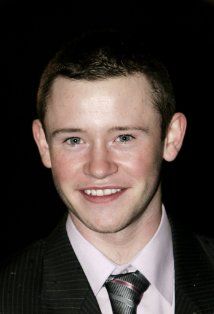 He became recognized for his role as Seamus Finnegan in the Harry Potter films. As a child actor, he also appeared in This is My Father and Yesterday's Children.

He was accepted into the Billie Barry stage school after winning several Irish singing competitions.

He had one of his earliest roles in the 1999 Oscar-nominated film Angela's Ashes.

He had a two-year relationship with Gemima Brown.

He developed a friendship with Daniel Radcliffe after playing his on-screen friend in the Harry Potter films.