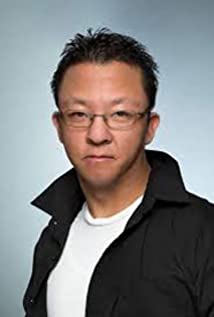 Devin Hansen was born in Seoul, Korea and adopted at the age of 3 months old. He was brought over to the US and was...
Devin K. Hansen is a member of Actor

Devin K. Hansen’s zodiac sign is Taurus. According to astrologers, Taurus is practical and well-grounded, the sign harvests the fruits of labor. They feel the need to always be surrounded by love and beauty, turned to the material world, hedonism, and physical pleasures. People born with their Sun in Taurus are sensual and tactile, considering touch and taste the most important of all senses. Stable and conservative, this is one of the most reliable signs of the zodiac, ready to endure and stick to their choices until they reach the point of personal satisfaction.

Devin K. Hansen was born in the Year of the Rabbit. Those born under the Chinese Zodiac sign of the Rabbit enjoy being surrounded by family and friends. They’re popular, compassionate, sincere, and they like to avoid conflict and are sometimes seen as pushovers. Rabbits enjoy home and entertaining at home. Compatible with Goat or Pig.

Devin Hansen was born in Seoul, Korea and adopted at the age of 3 months old. He was brought over to the US and was raised by Jan and Gordon Hansen in Salt Lake City, UT. At a young age, Devin knew he had a love of music and started playing drums at age 3.

He then has performed with professional musicians and has recorded successful albums. In 2013, Devin was introduced to the film industry. Working in a restaurant with a friend who was an actress, got her film crew to come in and shoot.

Since then Devin has been successfully working in movies as a background actor and has been writing and directing films on his own.