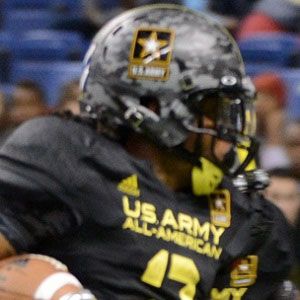 Derrick Henry was born on January 4, 1994 in Yulee, FL. Running back who won the 2015 Heisman Trophy as well as the 2016 NCAA National Championship as a member of the University of Alabama Crimson Tide. He was drafted in the second round of the 2016 NFL Draft by the Tennessee Titans.
Derrick Henry is a member of Football Player

Does Derrick Henry Dead or Alive?

As per our current Database, Derrick Henry is still alive (as per Wikipedia, Last update: May 10, 2020).

Currently, Derrick Henry is 27 years, 0 months and 14 days old. Derrick Henry will celebrate 28rd birthday on a Tuesday 4th of January 2022. Below we countdown to Derrick Henry upcoming birthday.

Derrick Henry’s zodiac sign is Capricorn. According to astrologers, Capricorn is a sign that represents time and responsibility, and its representatives are traditional and often very serious by nature. These individuals possess an inner state of independence that enables significant progress both in their personal and professional lives. They are masters of self-control and have the ability to lead the way, make solid and realistic plans, and manage many people who work for them at any time. They will learn from their mistakes and get to the top based solely on their experience and expertise.

Derrick Henry was born in the Year of the Dog. Those born under the Chinese Zodiac sign of the Dog are loyal, faithful, honest, distrustful, often guilty of telling white lies, temperamental, prone to mood swings, dogmatic, and sensitive. Dogs excel in business but have trouble finding mates. Compatible with Tiger or Horse.

Running back who won the 2015 Heisman Trophy as well as the 2016 NCAA National Championship as a member of the University of Alabama Crimson Tide. He was drafted in the second round of the 2016 NFL Draft by the Tennessee Titans.

He was a football, basketball and track star at Yulee High School in his hometown of Yulee, Florida.

He rushed for a national-record 12,124 career rushing yards during his high school career and was named the 2012 Columbus Touchdown Club National High School Player of the Year.

He was born to Derrick Henry, Sr. and Stacy Veal. His parents were teenagers when he was born and he was raised largely by his grandmother.

In his last game with the Crimson Tide, he set the school record for career rushing yards, previously held by Shaun Alexander. 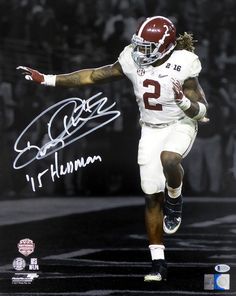 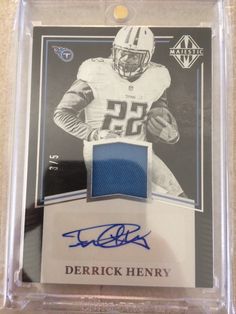