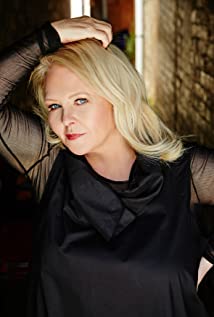 Denise Roberts is one of those very rare Australians who has been working full time as a professional actor and director in theatre, film and television since 1980. Denise's mentor was the great Hayes Gordon whom she studied solidly with for three years.

During her 7 year stint on GP, Denise taught film and television for Hayes at the Ensemble Studios.Denise played Helen Jones in 'Murder In The Outback The Joanne Lees Story", and has starred as Aunty Barbara in the feature film 'Razzle Dazzle" which she opened in Malaysia and The Edinburgh Film Festival.

She was nominated as 'Best Actress in a Leading Role' by the Sydney Theatre Critics for her role the highly successful David Williamson play 'A Charitable Intent' and is best known for her starring roles as the University Registrar Jessica Andrews in channel 7's Headland, the town Matriarch, Isabelle Turnbull in Always Greener, and Julie Winters in the medical drama GP which ran from 1989 to 1996.

Author of the Actor's Advisory Manual, Get Your Act Together, Denise has directed numerous theatre plays,including Lovers At Versailles at the Playhouse - Sydney Opera House. Her 10 minute 16mm short thriller 'Stairwell', which Denise directed was screened at the LA International Short Film Festival.

She is Creator and Associate Producer of the ABC's 10 part drama series, Correlli, which gave Hugh Jackman his big Australian break.Denise has picked up accolades at every stage of her career, including a Chief Glugs Award for Excellence Behind the Scenes, an AFI Award and a Variety Club of Australia Award for Best Actress in a Television Drama and numerous Silver Logie and People's Choice Nominations for Most Outstanding Actress on Australian Television and a Film Critics Circle Nomination for Best Supporting Actress alongside Cate Blanchett and Frances O'Connor.

Principal Director of Screenwise, Australia's leading Film & TV School for Actors, Denise is the voice of KIT, the cat in Fluffy Farmyards for the ABC, directed by Peter Andrikidis and she has a feature film in development.