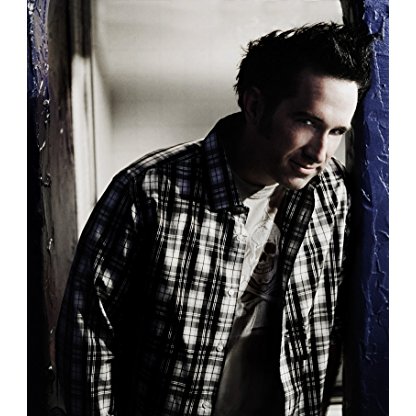 As per our current Database, Darren Lynn Bousman is still alive (as per Wikipedia, Last update: May 10, 2020).

Darren Lynn Bousman’s zodiac sign is Aquarius. According to astrologers, the presence of Aries always marks the beginning of something energetic and turbulent. They are continuously looking for dynamic, speed and competition, always being the first in everything - from work to social gatherings. Thanks to its ruling planet Mars and the fact it belongs to the element of Fire (just like Leo and Sagittarius), Aries is one of the most active zodiac signs. It is in their nature to take action, sometimes before they think about it well.

Darren Lynn Bousman was born in the Year of the Goat. Those born under the Chinese Zodiac sign of the Goat enjoy being alone in their thoughts. They’re creative, thinkers, wanderers, unorganized, high-strung and insecure, and can be anxiety-ridden. They need lots of love, support and reassurance. Appearance is important too. Compatible with Pig or Rabbit. 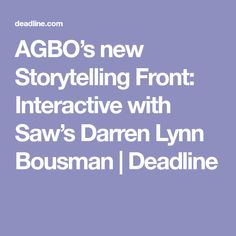 During 2004, he was pitching an idea for a movie called The Desperate to various American studios, who complained that the screenplay was too violent, and the plot was too close to Saw. David A. Armstrong who worked on Saw asked Bousman if he could show the script to Saw Producer Gregg Hoffman. Hoffman read the script and called Bousman interested in producing "The Desperate", but after showing the script to his partners Mark Burg and Oren Koules, the two decided it would be the perfect opportunity to turn "The Desperate" into Saw II. Two months later, Bousman was flown to Toronto to direct.

During the production of Saw II, Bousman directed the music video for Mudvayne's single "Forget to Remember," which appeared as the lead song on the Soundtrack album. Saw II was profitable and Bousman was signed on to direct Saw III, which was released on October 27, 2006.

After Saw III, Bousman announced that he would never direct another Saw film so that he would be free to prepare for his project Repo! the Genetic Opera, the stage version of which he had directed in 2002. Despite this, on February 19, 2007, Leigh Whannell announced that Bousman had signed on to direct Saw IV. Bousman explained that before shooting could begin on Repo! The Genetic Opera, there was a gap of time during which the songs were being pre-recorded, and he would be able to direct Saw IV during that period.

Bousman was born in Overland Park, Kansas, the son of Nancy and Lynn Bousman. He is a graduate of the Film School at Full Sail University. He attended high school at Shawnee Mission North High School in Overland Park, and studied film at Full Sail University in Winter Park, Florida. Bousman got engaged to Laura Bosserman on October 4, 2008 and subsequently married her on January 2, 2010. The two have a son named Henry. On December 31, 2017, Bousman announced that the couple were expecting their second child, a daughter.

On May 13, 2013, it was announced that Bousman will be directing a film titled Sacrilege, another religious-themed work, the first being 11-11-11. He is currently shopping the film to the Cannes Film Festival.

In 2012, Bousman reunited with Repo! Writer Terrance Zdunich along with several cast members to direct The Devil's Carnival, a short film that is planned to be the first installment of a longer series.

In 2015, he participated in the anthology movie "Tales of Halloween", produced by Epic Pictures. He also directed the segment, "The Night Billy Raised Hell" written by Clint Sears.