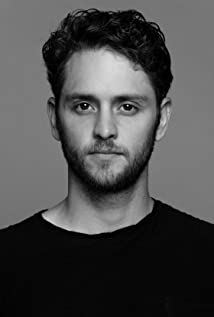 As per our current Database, Christopher Von Uckermann is still alive (as per Wikipedia, Last update: May 10, 2020).

Christopher Von Uckermann’s zodiac sign is Libra. According to astrologers, People born under the sign of Libra are peaceful, fair, and they hate being alone. Partnership is very important for them, as their mirror and someone giving them the ability to be the mirror themselves. These individuals are fascinated by balance and symmetry, they are in a constant chase for justice and equality, realizing through life that the only thing that should be truly important to themselves in their own inner core of personality. This is someone ready to do nearly anything to avoid conflict, keeping the peace whenever possible

Christopher Von Uckermann was born in the Year of the Tiger. Those born under the Chinese Zodiac sign of the Tiger are authoritative, self-possessed, have strong leadership qualities, are charming, ambitious, courageous, warm-hearted, highly seductive, moody, intense, and they’re ready to pounce at any time. Compatible with Horse or Dog.

Christopher Von Uckermann was born to a Mexican father and a Swedish mother. He started his acting career in TV commercials when he was just 3 years old. In 1999, he was cast in El Diario de Daniela. He then starred in Amigos X Siempre in 2000, alongside Spanish Mexican singer/actress Belinda Peregrín.

In 2001 he acted in and wrote the theme song for the series Aventuras En El Tiempo. In 2004 he was cast in Mexican telenovela Rebelde. He played Diego Bustamante, a student in the fictitious "Elite Way School", with dreams of becoming a musician.

The show ran from 2004-2006, totaling 440 episodes. Following the success of Rebelde, in 2007, Televisa released RBD: La Familia, which starred the members of the music group RBD. The sitcom was based on the fictional lives of the members.

The characters of the series were not based on the band's characters in Rebelde, but intended to be similar to the actors' real personalities. The show ran from March 14, 2007 - June 13, 2007, and lasted 13 episodes.

He starred in the hit mystery/sci-fi TV series Kdabra, produced in Latin America by Fox, and filmed in Colombia.