Chen Tianqiao was born on 1973 in San Francisco, California, China. Chen is the founder, chairman and CEO of Shanda Investment Group, founded in 1999 by Chen and his family. Chen is credited with having pioneered and built the online game industry and the online literature industry in China. Chen stepped down as CEO of Shanda Interactive Entertainment in 2012 and then took the company private. Chen and his wife Chrissy are active philanthropists, supporting research programs on brain science.
Chen Tianqiao is a member of Technology 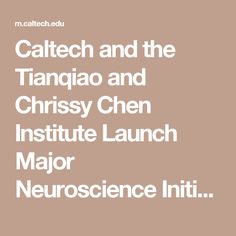 Shanda became the first Chinese online games company listed in the U.S. on Nasdaq (NYSE: SNDA) in May 2004. The company became the largest Internet company in China by market capitalization in August 2004. Shanda is known for creating and promoting a freemium model for online games subscription in China. The company was taken private in early 2012, and Tianqiao Chen and his family subsequently sold all their stakes in Shanda Games in Nov 2014 when the company became a global private investment firm.

He is the board President and co-founder of Shanda Interactive Entertainment Limited. According to the Hurun Report Global Rich List 2014., he currently ranks as 98th richest person in Mainland China, and 717th richest in the world. In 2010 Forbes listed him as the 10th richest individual in the People's Republic of China and the 828th richest in the world. In February 2017, Tianqiao Chen was appointed to the Board of Directors at Legg Mason (NYSE: LM) as Vice Chairman of the Board. He has a highly influential minority stake (22.1%) in Community Health Systems (CHS) of Franklin, Tennessee, America's second-largest investor-owned hospital company with 130 hospitals.