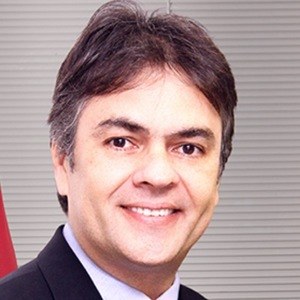 As per our current Database, Cassio Cunha Lima is still alive (as per Wikipedia, Last update: May 10, 2020).

Cassio Cunha Lima’s zodiac sign is Aries. According to astrologers, the presence of Aries always marks the beginning of something energetic and turbulent. They are continuously looking for dynamic, speed and competition, always being the first in everything - from work to social gatherings. Thanks to its ruling planet Mars and the fact it belongs to the element of Fire (just like Leo and Sagittarius), Aries is one of the most active zodiac signs. It is in their nature to take action, sometimes before they think about it well.

Cassio Cunha Lima was born in the Year of the Rabbit. Those born under the Chinese Zodiac sign of the Rabbit enjoy being surrounded by family and friends. They’re popular, compassionate, sincere, and they like to avoid conflict and are sometimes seen as pushovers. Rabbits enjoy home and entertaining at home. Compatible with Goat or Pig.

Brazilian politician who is known for his association with the Party of Brazilian Social Democracy. He is recognized for having been Governor of Paraiba from January 2003 until February 2009 and is also known for his work as a Senator from Paraiba.

He graduated from the State University of Paraiba with his degree in law. He went on to begin his professional career in politics in 1986 when he was elected federal deputy by the state of Paraiba.

While completing his term of Mayor of Paraiba, he was appointed superintendent of the Northeast Development Superintendency which he help between 1992 and 1994.

He married Jacilene Alves de Azevedo and together they have three children.

After becoming the PSDB leader in the Federal Senate, he was one of the advocates for Dilma Rousseff's impeachment.