Cameron Mackintosh was born on October 17, 1946 in London, United Kingdom, United Kingdom. Producer-turned-impresario Cameron Mackintosh is the first person to build a 10-figure fortune from musical theater. The son of a Jazz trumpeter and a one-time performer, Mackintosh saw his first musical at age 8. He got his start as a stagehand in London's West End and went on to produce the original London performances of such hits as Les Miserables, Miss Saigon, Phantom of the Opera and Cats. He still has stakes in the latter two and wholly owns rights to Les Miserables and Miss Saigon, meaning he gets paid anytime a professional theater stages the shows. He also owns 8 theaters in London and 75% of Musical Theater International, the largest owner of amateur Broadway theater rights in the world, which distributes scores and scripts to productions ranging from elementary school shows to regional theater adaptations. Up next: he's bringing Broadway hit Hamilton to London in 2017.
Cameron Mackintosh is a member of Media & Entertainment

Does Cameron Mackintosh Dead or Alive?

As per our current Database, Cameron Mackintosh is still alive (as per Wikipedia, Last update: May 10, 2020).

Cameron Mackintosh’s zodiac sign is Scorpio. According to astrologers, Scorpio-born are passionate and assertive people. They are determined and decisive, and will research until they find out the truth. Scorpio is a great leader, always aware of the situation and also features prominently in resourcefulness. Scorpio is a Water sign and lives to experience and express emotions. Although emotions are very important for Scorpio, they manifest them differently than other water signs. In any case, you can be sure that the Scorpio will keep your secrets, whatever they may be.

Cameron Mackintosh was born in the Year of the Dog. Those born under the Chinese Zodiac sign of the Dog are loyal, faithful, honest, distrustful, often guilty of telling white lies, temperamental, prone to mood swings, dogmatic, and sensitive. Dogs excel in business but have trouble finding mates. Compatible with Tiger or Horse. 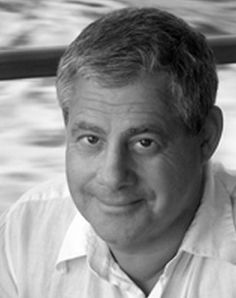 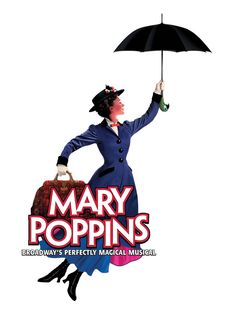 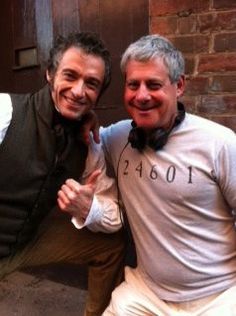 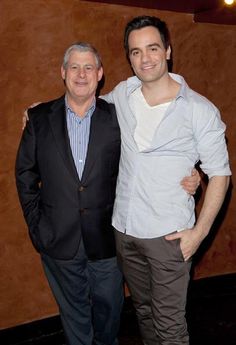 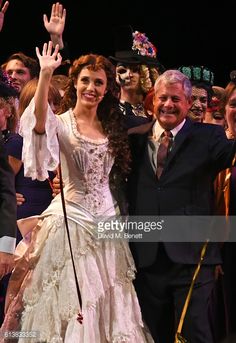 Mackintosh began his theatre career in his late teens, as a stagehand at the Theatre Royal, Drury Lane, and then became an assistant stage manager on several touring productions. He began producing his own small tours before becoming a London-based Producer in the 1970s. His early London productions included Anything Goes in 1969 (which closed after only two weeks), The Card (1973), Side by Side by Sondheim (1976), My Fair Lady (1978) and Tomfoolery (1980).

In 1981, he produced Andrew Lloyd Webber's Cats, then considered an unlikely subject for a musical. It became the hit of the season and went on to become one of the longest running musicals on both sides of the Atlantic. After the success of Cats, he approached the French writing team Claude-Michel Schönberg and Alain Boublil about bringing their musical Les Misérables (then a successful French concept album) to the London stage. The musical opened in 1985 at the Barbican before transferring to the Palace Theatre. Les Misérables had a shaky start at the box office and a lukewarm critical reception before becoming a massive hit, largely by word-of-mouth.

His partner is Australian-born theatre Photographer Michael Le Poer Trench. They met at the opening night of a production of Oklahoma! in Adelaide, Australia in 1982. the couple live between homes in: London; Stavordale Priory in Charlton Musgrove, Somerset; and the Nevis Estate, on North Morar in the West Highlands.

In 1986, Mackintosh produced Andrew Lloyd Webber's The Phantom of the Opera, which is (most likely) the most commercially successful musical of all time, outgrossing hit films such as Titanic and E.T.. The original London production is still running, along with the New York production, which is the longest-running Broadway musical of all time.

He produced Claude-Michel Schönberg and Alain Boublil's next musical Miss Saigon, which opened at the Theatre Royal, Drury Lane in the West End in September 1989, and was similarly successful, and the 1991 Broadway production achieved what was then the largest advance ticket sales in theatre history.

Mackintosh has produced several other successful musicals, including Five Guys Named Moe (both in London in 1990 and on Broadway) and a revised London production of Stephen Sondheim's Follies in 1987. In 1995, Mackintosh produced the 10th anniversary concert of Les Misérables in London. Additionally he was responsible for presenting the West End transfers of the National Theatre revivals of Oklahoma! (1999),My Fair Lady (2001), and Carousel (1993).

Mackintosh's less successful London productions include Moby Dick (1993), and Martin Guerre (1996) He produced the stage adaptation of John Updike's The Witches of Eastwick (2000) which, despite some positive reviews and run of over 15 months, failed to replicate the worldwide success of his previous blockbusters.

In 1994, Mackintosh bought the Nevis Estate, on North Morar, to the east of Mallaig in the West Highlands of Scotland, covering around 14,000 acres (5,700 ha). He has since been involved in a long-running dispute with a tenant crofter, over the land use on the estate. As the laird, Mackintosh wants to use the land for building holiday homes, but the crofter says the land is needed for grazing.

Mackintosh was knighted in the 1996 New Year Honours for services to musical theatre.

In 1998 Mackintosh was named in a list of the biggest private financial donors to the Labour Party, a decision he later claimed to regret, saying: "Labour really fucked it up. They were profligate at a time when we were doing well. That's why we have the problems we have now. They didn't save any money for a rainy day. It couldn't have been worse these last 12 years." In the 2015 British general election, Mackintosh donated £25,000 to the successful Conservative candidate for Somerton and Frome, David Warburton.

In 2008–9, Mackintosh produced a revival of Lionel Bart's Oliver! at the Theatre Royal Drury Lane. The production was cast via the hit BBC television series I'd Do Anything. Jodie Prenger became the winner and was subsequently cast as Nancy in the production, with Rowan Atkinson as Fagin. The publicity and attention surrounding the production was unprecedented on the West End stage, and it was reported in January 2009 that the production was the fastest-selling show in West End history, with £15 million of pre-opening sales.

In April 2010, Mackintosh staged a West End revival of the musical Hair in London's Gielgud Theatre. This production was transferred from Broadway where a production was revived in 2009.

In 2013, he worked with the Chichester Festival Theatre on a revival of Barnum, starring Christopher Fitzgerald. Due to the Theatre's refurbishment it was performed in a giant tent 'Theatre in the Park' in July and August. Mackintosh has voiced interest in producing a Broadway revival of Barnum with American actor Neil Patrick Harris in the title role.

On 3 May 2014, Mackintosh relaunched Miss Saigon at the Prince Edward Theatre in London, celebrating 25 years since its first launch.