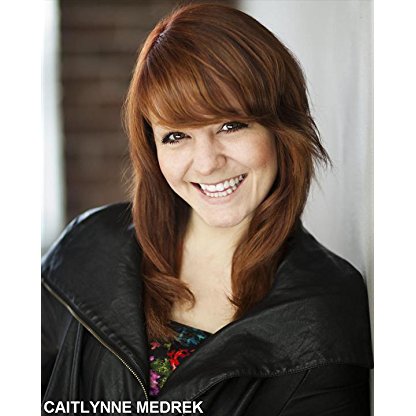 Does Caitlynne Medrek Dead or Alive?

As per our current Database, Caitlynne Medrek is still alive (as per Wikipedia, Last update: May 10, 2020).

Caitlynne Medrek’s zodiac sign is Sagittarius. According to astrologers, Sagittarius is curious and energetic, it is one of the biggest travelers among all zodiac signs. Their open mind and philosophical view motivates them to wander around the world in search of the meaning of life. Sagittarius is extrovert, optimistic and enthusiastic, and likes changes. Sagittarius-born are able to transform their thoughts into concrete actions and they will do anything to achieve their goals.

Caitlynne Medrek was born in the Year of the Snake. Those born under the Chinese Zodiac sign of the Snake are seductive, gregarious, introverted, generous, charming, good with money, analytical, insecure, jealous, slightly dangerous, smart, they rely on gut feelings, are hard-working and intelligent. Compatible with Rooster or Ox.

Caitlynne Medrek has received the following nominations and awards:

Born November 19, 1989, in Calgary, Alberta, Medrek started performing at an early age doing community theatre with the StoryBook Theatre company. She kept up dance skills in a variety of styles including Ukrainian Dance and competed at various festivals throughout the province in solo, duet and trio events. She was a member of the Young Canadians of the Calgary Stampede and at age 15 competing in Calgary's "Youth Talent Showdown" competition at the Calgary Stampede where she won 2nd runner-up. That same year she placed first at the Kiwanis Music Festival and went on to win first place in Provincials for Musical Theatre in Edmonton.

In 2006, she was cast as Amber in the Rod Lurie-directed film Resurrecting the Champ. Medrek has voiced characters in a variety of anime works, often with the Calgary-based Blue Water Studios and Ocean Productions. In Summer 2007, she was a member of the Charlottetown Festival Young Company Training Program and a cast member of Alberta Fusion. She graduated in April 2008 from the Canadian College of Performing Arts (CCPA), where she received the Arnold Spohr Scholarship.

In December 2008, she was seen in Saskatoon-based Persephone Theatre's A Christmas Carol as 'Want'. She spent July 2009 performing with Globus Theatre, in Bobcaygeon, Ontario, playing the lead in Neil Simon's I Ought To Be in Pictures, later that year appearing in the title role in Toronto's debut of the New York City-born off-Broadway show Pinkalicious, the Musical.

In January 2010, she starred as 'Anne Frank' in The Diary of Anne Frank, with Encore Entertainment at the Toronto Centre for the Arts and completed the run of "The 25th Annual Putnam County Spelling Bee" as "Logainne Schwarzy" with Fallen Rock Productions, in the spring. In the summer she went on to play Charlie Brown's sister, Sally, in Fly By Night's production of "Dog Sees God" at the LKYPT as well as joining the ensemble cast of Toronto's debut of The Fallen (previously known as "Whitechapel"), during August. While maintaining her theatre career, Medrek has been cast as a regular in the animated television series Total Drama: Revenge of the Island as a contestant named Dawn, broadcast on Fresh TV and Teletoon, as a guest in the animated television series Skatoony and in the highly acclaimed web series, Out With Dad and Clutch, Season 2. In 2013 she starred in Blood Riders: the Devil Rides with Us which premiered at the Blood in the Snow Film Festival in Toronto, Ontario.

Caitlynne decided to move back to Alberta in 2014 to seek out Future theatre opportunities in her home Province. Since the fall of 2014, she was cast as "Hope" in Front Row Centre's production of "Urinetown", as "Kensington" in Alberta Theatre Project's production of "Becky's New Car", as "Violet Beauregard" in Storybook Theatre's rendition of "Willy Wonka and the Chocolate Factory", as "Betty Parris" in Theatre Calgary's "The Crucible", as "Belle" in Disenchanted and "Gertrude McFuzz" in "Seussical, the Musical". She has taken an interest in directing and assistant directed "Hana's Suitcase" with StoryBook Theatre and will make her directing debut in the fall of 2017 with "Pinkalicious" for StoryBook Theatre as well. In the summer of 2015, she was cast in Episode 10 of AMC's highly acclaimed "Hell on Wheels". Since 2015, her film career has excelled further with many more anime projects in the works, a role on Season 2 of Wynonna Earp, a principal role in Season 3 of The Detour and a recurring role on Season 3 on the highly acclaimed series Fargo, as Grace Stussy.

In 2016, she started her own Princess Party Company named YYC Princess which has become Calgary's first and foremost Princess company. In this realm, she has become a motivational speaker in following your dreams and recently spoke in Calgary at Pechakucha and is a frequent guest at Calgary Comic Expo and Otafest.