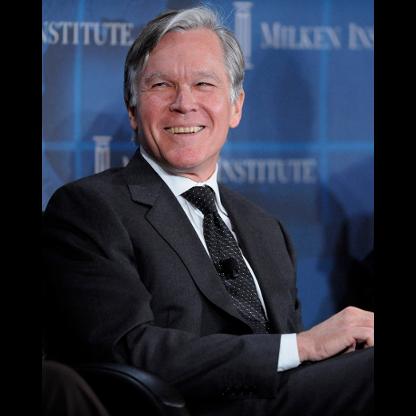 Bill Keller was born on January 18, 1949 in United States. Despite overhaul of publishing industry, the Gray Lady remains the house organ of America's elite, and Keller sets terms of daily global debate. Hoping to finally monetize large online readership (42 million monthly viewers), plans to put online content behind a paywall in January 2012. Says rumors of print's death have been greatly exaggerated: expects The Times to remain in print for next 10, 20 years. Keller: "Saving The New York Times now ranks with saving Darfur as a high-minded cause."

Does Bill Keller Dead or Alive?

As per our current Database, Bill Keller is still alive (as per Wikipedia, Last update: May 10, 2020).

Currently, Bill Keller is 72 years, 0 months and 1 days old. Bill Keller will celebrate 73rd birthday on a Tuesday 18th of January 2022. Below we countdown to Bill Keller upcoming birthday.

Bill Keller’s zodiac sign is Aquarius. According to astrologers, the presence of Aries always marks the beginning of something energetic and turbulent. They are continuously looking for dynamic, speed and competition, always being the first in everything - from work to social gatherings. Thanks to its ruling planet Mars and the fact it belongs to the element of Fire (just like Leo and Sagittarius), Aries is one of the most active zodiac signs. It is in their nature to take action, sometimes before they think about it well.

Bill Keller was born in the Year of the Ox. Another of the powerful Chinese Zodiac signs, the Ox is steadfast, solid, a goal-oriented leader, detail-oriented, hard-working, stubborn, serious and introverted but can feel lonely and insecure. Takes comfort in friends and family and is a reliable, protective and strong companion. Compatible with Snake or Rooster. 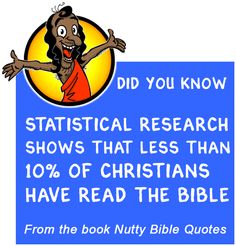 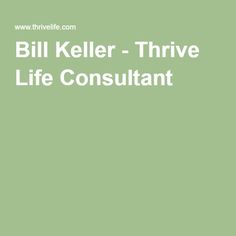 Keller is the son of former chairman and chief executive of the Chevron Corporation, George M. Keller. He attended the Roman Catholic schools St. Matthews and Junípero Serra High School in San Mateo, California, and graduated in 1970 from Pomona College, where he began his journalistic career as a reporter for a campus newspaper called The Collegian (later called The Collage). From July 1970 to March 1979, he was a reporter in Portland with The Oregonian, followed by stints with the Congressional Quarterly Weekly Report and the Dallas Times Herald. He is married to Emma Gilbey Keller and has three children.

Keller joined The New York Times in April 1984, and served in the following capacities:

Keller worked in the Times Moscow bureau from 1986 to 1991, eventually as bureau chief, spanning the final years of the Cold War and the dissolution of the Soviet Union. For his reporting during 1988 he won a Pulitzer Prize.

He won the Pulitzer Prize for International Reporting citing his "resourceful and detailed coverage of events in the U.S.S.R." during 1988. That is, in the Soviet Union during the year it established its Congress of People's Deputies, the last year before the revolutions of 1989 in Central and Eastern Europe.

In an attempt to respond to criticism stemming from the disclosure of the Classified Terrorist Finance Tracking Program, the NSA program's official name, Keller stated in a published letter that President Bush himself had acknowledged as early as September 2001 that efforts were underway "to identify and investigate the financial infrastructure of the international terrorist networks" and "to follow the money as a trail to the terrorists." In an Op-ed column in The Times, Keller, together with Los Angeles Times Editor Dean Baquet wrote that "Our job, especially in times like these, is to bring our readers information that will enable them to judge how well their elected Leaders are fighting on their behalf and at what price." Keller's critics, including U.S. Treasury Secretary John W. Snow, responded to Keller's letter by pointing out that there is a vast difference between stating general intentions to track terrorist finances and the exact means employed to achieve those goals. But, as Keller wrote, this was the same Secretary Snow who invited a group of reporters to a 6-day trip on a military aircraft "to show off the department's efforts to track terrorist financing."

Keller was a leading supporter of the 2003 invasion of Iraq, explaining his backing for military action in his article 'The I-Can't-Believe-I'm-A-Hawk Club'. Two days after the invasion, Keller wrote the column 'Why Colin Powell Should Go' arguing for US Secretary of State's resignation because his strategy of diplomacy at the UN had failed. In contrast, Keller was much more sympathetic to Deputy Defence Secretary Paul Wolfowitz, describing him as the 'Sunshine Warrior'.

Keller is reported to have refused to answer questions from The Times public Editor, Byron Calame, on the timing of the December 16, 2005 article on the Classified National Security Agency (NSA) Terrorist Surveillance Program. Keller's delay of reporting about NSA overreach until after Bush's close reelection was controversial. The Times series of articles on this topic won a Pulitzer Prize. The source of the disclosure of this NSA program has been investigated by the United States Justice Department. The NSA program itself is being reviewed by the Senate Judiciary Committee as to whether it sidesteps the Foreign Intelligence Surveillance Act, and after The Times articles, the Administration changed its procedures, allowing for more safeguards and more Congressional and judicial oversight.

Keller and The Times also published a story on another Classified program to monitor terrorist-related financial transactions through the Brussels, Belgium-based Society for Worldwide Interbank Financial Telecommunication (SWIFT) on June 23, 2006. Many commentators, as well as some elected officials such as U.S. Congressman Peter T. King, called for the U.S. Justice Department to prosecute The New York Times and the confidential sources who leaked the existence of this counter-terrorism program despite relevant statutes that forbid revealing Classified information that could threaten national security, especially in a time of war.

Keller wrote a 128-page Juvenile biography of Nelson Mandela published by Kingfisher Books in 2008, Tree Shaker: the story of Nelson Mandela.He had served as the Times bureau chief in Johannesburg from April 1992 to May 1995—spanning the end of apartheid in South Africa and election of Mandela's African National Congress as the governing party in 1994.

The Marshall Project is a nonprofit nonpartisan online journalism organization covering Criminal justice in the United States. The project was originally conceived by former hedge fund manager, filmmaker and Journalist Neil Barsky, who announced it in his byline in an unrelated New York Times article in November 2013. In February 2014, the New York Times reported that Keller was going to work for the Marshall Project. The Marshall Project formally launched in November 2014 and as of 2017, Keller is still working and leading the editorial efforts there.

On January 8, 2014, Keller's wife Emma had written an article about Lisa Adams in The Guardian about whether people with terminal illness should be so public on social media. She wrote "Should there be boundaries in this kind of experience? Is there such a thing as TMI? Are her tweets a grim equivalent of deathbed selfies? Why am I so obsessed?" The article was subsequently retracted by the Editor, in part due to complaints by Adams and her family that the article "completely misrepresented the nature of her illness and her reasons for tweeting, was riddled with inaccuracies, and quoted from a private direct message to Keller through Twitter published without permission."