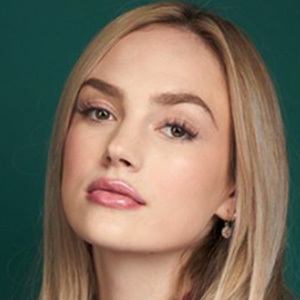 As per our current Database, Bayley Jane Corman is still alive (as per Wikipedia, Last update: May 10, 2020).

Bayley Jane Corman’s zodiac sign is Capricorn. According to astrologers, Capricorn is a sign that represents time and responsibility, and its representatives are traditional and often very serious by nature. These individuals possess an inner state of independence that enables significant progress both in their personal and professional lives. They are masters of self-control and have the ability to lead the way, make solid and realistic plans, and manage many people who work for them at any time. They will learn from their mistakes and get to the top based solely on their experience and expertise.

Bayley Jane Corman was born in the Year of the Pig. Those born under the Chinese Zodiac sign of the Pig are extremely nice, good-mannered and tasteful. They’re perfectionists who enjoy finer things but are not perceived as snobs. They enjoy helping others and are good companions until someone close crosses them, then look out! They’re intelligent, always seeking more knowledge, and exclusive. Compatible with Rabbit or Goat.

American actress who gained fame for playing the role of Summer Newman in the TV series The Young and the Restless. She has appeared in other TV shows such as Jane the Virgin and 2 Broke Girls.

One of her initial acting roles was as Allie in the 2010 TV program Zeke and Luther.

She acted as Alice Lake in a TV movie called Christmas in Angel Falls in 2017. She took a holiday to Oman in the Middle East in August 2018.

She and Caitlin Carver both appeared together in the 2018 film The Matchmaker's Playbook.