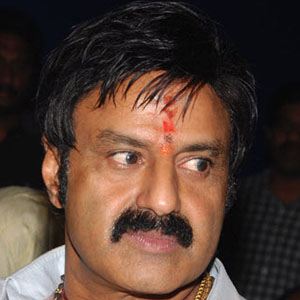 Does Balakrishna Nandamuri Dead or Alive?

As per our current Database, Balakrishna Nandamuri is still alive (as per Wikipedia, Last update: May 10, 2020).

Balakrishna Nandamuri’s zodiac sign is Gemini. According to astrologers, Gemini is expressive and quick-witted, it represents two different personalities in one and you will never be sure which one you will face. They are sociable, communicative and ready for fun, with a tendency to suddenly get serious, thoughtful and restless. They are fascinated with the world itself, extremely curious, with a constant feeling that there is not enough time to experience everything they want to see.

Balakrishna Nandamuri was born in the Year of the Rat. Those born under the Chinese Zodiac sign of the Rat are quick-witted, clever, charming, sharp and funny. They have excellent taste, are a good friend and are generous and loyal to others considered part of its pack. Motivated by money, can be greedy, is ever curious, seeks knowledge and welcomes challenges. Compatible with Dragon or Monkey.

Indian actor who won two Andhra Pradesh State Nandi Awards and one Filmfare Award and was the guest honour at the 43rd International Film Festival of India. His contributions to Telugu cinema include 98 films.

He started in the film industry as a child artist when he was 14 years old, debuting in the film Tatamma Kala. He later received a bachelor's degree in commerce from Nizam College.

He was the chairman of the trust board of his father's cancer hospital in India, The Basavatarakam Indo-American Cancer Hospital & Research Institute.

He married Vasundhara Devi in 1982 and they had three children: two daughters, Brahmani and Tejaswini and a son, Taraka Rama Mokshagna Teja.

He co-starred with Tabu in the 2008 film, Panduranga.