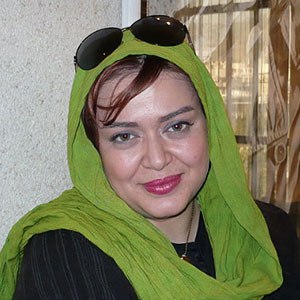 Does Bahareh Rahnama Dead or Alive?

As per our current Database, Bahareh Rahnama is still alive (as per Wikipedia, Last update: May 10, 2020).

Bahareh Rahnama’s zodiac sign is Sagittarius. According to astrologers, Sagittarius is curious and energetic, it is one of the biggest travelers among all zodiac signs. Their open mind and philosophical view motivates them to wander around the world in search of the meaning of life. Sagittarius is extrovert, optimistic and enthusiastic, and likes changes. Sagittarius-born are able to transform their thoughts into concrete actions and they will do anything to achieve their goals.

Bahareh Rahnama was born in the Year of the Ox. Another of the powerful Chinese Zodiac signs, the Ox is steadfast, solid, a goal-oriented leader, detail-oriented, hard-working, stubborn, serious and introverted but can feel lonely and insecure. Takes comfort in friends and family and is a reliable, protective and strong companion. Compatible with Snake or Rooster.

Iranian actress known for her roles in films like No Men Allowed, Meeting Leila, and 360 Degree. Her screen debut was in the 1993 hit The Viper.

Her debut book, Seven Nights in a Month, is a collection of writings from her blog.

Her parents are Jalal Rahnama and actress Parvin Ghaem Maghami. She was married to screenwriter Peyman Ghasem Khani from 1992 to 2016. Their daughter, Paria, was born in 1997. She married Amir Khosro Abbasi in 2017.

She was a vocal supporter and campaigner for Mir-hossein Mousavi during the 2009 Presidential election.