Aziz Akhannouch was born on 1961 in Casablanca, Morocco, Morocco. Aziz Akhannouch is the majority owner of Akwa Group, a multibillion-dollar conglomerate founded by his father. It has interests in petroleum, gas and chemicals through publicly-traded Afriquia Gaz and Maghreb Oxygene. Akhannouch is Morocco's Minister of Agriculture and Fisheries.
Aziz Akhannouch is a member of Diversified 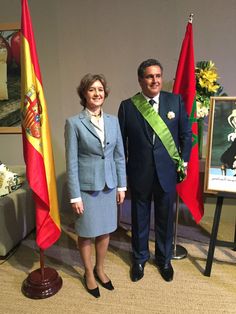 In 1986, Akhannouch graduated from the Université de Sherbrooke with a management diploma.

From 2003 to 2007, Akhannouch was the President of the Souss-Massa-Drâa regional council. He was a member of the National Rally of Independents Party, before leaving it on 2 January 2012. On 23 August 2013 he was appointed by King Mohammed VI as interim Minister of Finance on an interim basis after Istiqlal ministers resigned from Benkirane's cabinet, a position he kept until 9 October 2013. On 29 October 2016, Akhannouch rejoined the RNI after being elected the President of the party. He took over Salaheddine Mezouar's position, who had resigned.

He is the CEO of Akwa Group, a Moroccan conglomerate particularly active in the oil and gas sector. Forbes estimates his net worth as $1.4 billion as of November 2013. Akhannouch inherited Akwa from his Father. In 2016, Akhannouch was tied for 28th position on Forbes's annual list of the world's wealthiest Arabs.

On 27 July 2016, Akhannouch met with Jonathan Pershing, Special Envoy for Climate Change for the United States. In their meeting, Akhannouch and Pershing spoke about preparations for the 2016 United Nations Conference of the Parties.