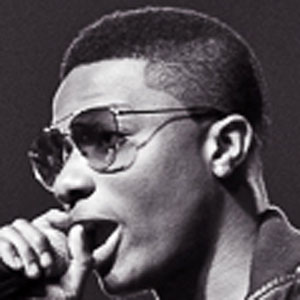 As per our current Database, Ayodeji Ibrahim Balogun is still alive (as per Wikipedia, Last update: May 10, 2020).

Ayodeji Ibrahim Balogun’s zodiac sign is Cancer. According to astrologers, the sign of Cancer belongs to the element of Water, just like Scorpio and Pisces. Guided by emotion and their heart, they could have a hard time blending into the world around them. Being ruled by the Moon, phases of the lunar cycle deepen their internal mysteries and create fleeting emotional patterns that are beyond their control. As children, they don't have enough coping and defensive mechanisms for the outer world, and have to be approached with care and understanding, for that is what they give in return.

Ayodeji Ibrahim Balogun was born in the Year of the Horse. Those born under the Chinese Zodiac sign of the Horse love to roam free. They’re energetic, self-reliant, money-wise, and they enjoy traveling, love and intimacy. They’re great at seducing, sharp-witted, impatient and sometimes seen as a drifter. Compatible with Dog or Tiger.

Award-winning Nigerian singer/songwriter best known for his hit song "Holla at Your Boy."

He began singing at age eleven and by the time he was fifteen, he had released several EPs and collaborated with well-known artists like Naeto C and Ikechukwu.

In 2013, he was listed 5th on the Forbes list of 10 Most Bankable African Artists.

As of 2013, he was involved with Tania Omotayo. He had a son in 2011 from a previous relationship.

In 2012, he performed at the BBC 1xtra Live 02 Academy, which also featured Trey Songz.