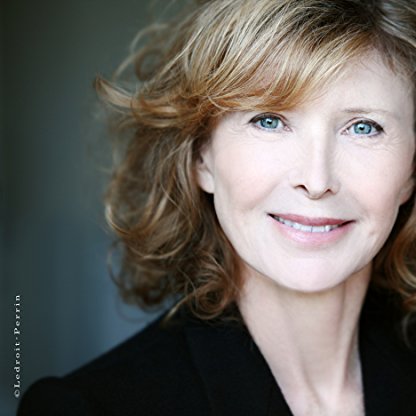 Aurore Clément was born on October 12, 1945 in  Soissons, Aisne, France, France, is Actress. Aurore Clement was born in Soissons, France. Her parents were farmers, and after the death of her father, she left for Paris where she found work with a modeling agency. She quickly made a name for herself, preferring a natural style and refusing to wear make-up. In the seventies,Louis Malle, searching for a new face and look, discovered Aurore on the cover of the French magazine Elle and cast her in the role of France, a young Jewish woman in love with a collaborator in the controversial Lacombe Lucien (1974). She then met Chantal Akerman and soon became one of her favorite comedians (from Les rendez-vous d'Anna (1978) in which she plays a lonely movie director traveling all over Europe, to Demain on déménage (2004) in which she portrays an intrusive and eccentric mother). In 1978 Aurore left for the Philippines to begin filming Apocalypse Now (1979), by Francis Ford Coppola, in which she was cast as the enigmatic and drug-addicted Roxanne who represented the typical 'femme fatale' for all French former colonists still dreaming of Indochina. However, the sequence, dubbed the 'Plantation', was unfortunately cut from the film and not seen again until the release of the Redux version in 2001. She met her husband, production designer Dean Tavoularis, while filming with Coppola. After several movies in Italy (Mario Monicelli, Dino Risi, Elio Petri) Aurore Clement was featured in two films shown in Cannes the same year. Portraying a loose woman for Claude Chabrol (Les fantômes du chapelier (1982)) she totally reinvented herself and played a mysterious woman lost in the rain for Peter Del Monte "L'invitation au Voyage"). Two years later, she was cast by Wim Wenders as Dean Stockwell's wife in Paris, Texas (1984) which won the French Cannes Festival Palme d'Or. Excelling in playing both dramatic and lunatic characters, she reconnected with the 'cinéma d'auteur', notably in Anne-Marie Miéville's Nous sommes tous encore ici (1997) in which she played the wife of Jean Luc Godard; in Laetitia Masson's distressing world (À vendre (1998) , Only You (1994), La repentie (2002)), and in Serge Gainsbourg's nefarious and ultimate film, Stan the Flasher (1990). Aurore appeared also in well received and widely distributed movies such as Tanguy (2001), Bon voyage (2003), and Jet Set (2000) before being directed again by Claude Chabrol as a cute hairdresser (La demoiselle d'honneur (2004)) and by Sofia Coppola as the Duchess de Chartres in Marie Antoinette (2006). She has also been cast in numerous high quality films made for television such as Une péniche nommée 'Réalité' (1985) directed by Paul Seban (1982) in which she reconnects with her farming routes; Deux amies d'enfance (1983) with Ludmila Mikaël, directed by Nina Companeez (1983); "Quidam" (1984) in which director Gérard Marx casts her against type; Le regard dans le miroir (1985) directed by Jean Chapot (1985), in which she portrays a former camp survivor next to Bruno Cremer and Michel Bouquet; Les alsaciens - ou les deux Mathilde (1996), directed by Michel Favart, a film shown in two parts in which she plays a woman struggling and suffering throughout two world wars and "Maigret et le corps sans tête" (1991) in which she offers a stunning performance as a bar keeper in the mid-fifties rural France. She has also been recently seen in the series Zodiaque (2004) and Le maître du Zodiaque (2006). In addition to her film and television careers, Aurore has been a successful stage actress having first been seen in "La Vie singulière d'Albert Nobbs" (1988), directed by Simone Benmussa in which she portrays a young woman forced to disguise herself as a man in order to make a living in Victorian England. For this premiere on stage, she won an acting prize given by the French theater critics association. Ms. Clement was also seen in Anton Chekhov's "La Mouette", Marguerite Duras' "Les Eaux et Forets" and Alexandre Dumas fils' "La Dame aux Camelias", alongside Isabelle Adjani, for which she has been nominated for the Molieres (the equivalent of the American Tony's).
Aurore Clément is a member of Actress

Does Aurore Clément Dead or Alive?

As per our current Database, Aurore Clément is still alive (as per Wikipedia, Last update: May 10, 2020).

Aurore Clément’s zodiac sign is Scorpio. According to astrologers, Scorpio-born are passionate and assertive people. They are determined and decisive, and will research until they find out the truth. Scorpio is a great leader, always aware of the situation and also features prominently in resourcefulness. Scorpio is a Water sign and lives to experience and express emotions. Although emotions are very important for Scorpio, they manifest them differently than other water signs. In any case, you can be sure that the Scorpio will keep your secrets, whatever they may be.

Aurore Clément was born in the Year of the Rooster. Those born under the Chinese Zodiac sign of the Rooster are practical, resourceful, observant, analytical, straightforward, trusting, honest, perfectionists, neat and conservative. Compatible with Ox or Snake.

She was born Marie-Thérèse Aurore Louise Clément in Soissons, Aisne. Following the death of her father, as a young girl she worked to support her family. For a time she modeled in Paris until accepting a film role. Since her appearance in Louis Malle's 1974 film, Lacombe Lucien, she has usually and steadily been cast in supporting roles.

Her first appearance in a U.S. movie would have been in Apocalypse Now (1979), but her scenes—a long sequence involving French former colonists—were eventually cut from the film and only restored in 2001 in the Redux version. She has also been cast in television films.

Clément has appeared in more than 80 films and is most often remembered as the character "Anne" in the film Paris, Texas (1984) which won the Palme d'Or at the Cannes Film Festival.

Clément has been married since 1986 to Dean Tavoularis, an American motion picture production designer.

In France, Clément made her debut on stage in 1988, with The Singular Life of Albert Nobbs, adapted from George Moore's short story, and won an acting prize from The French Association of Theatre critics. She has been seen in several plays, including Les Eaux et Forêts and La Dame aux Camélias for which she was nominated for the Molière Awards (the equivalent of the American Tony's).