Archie Panjabi was born on May 31, 1972 in Edgware, United Kingdom, British, is Actress. Archie Panjabi is an English actress popularly known for playing the role of Kalinda Sharma on CBS’s political drama series ‘The Good Wife’. She drew compliments from the critics for portraying Kalinda as one of the most sophisticated and unique characters in the television ever. She has won many awards for her wonderful performances in television series and movies such as ‘The Good Wife’, ‘A Mighty Heart’, and ‘Yasmin’. British film director Sir Ridley Scott praised her as ‘An unusual talent; she is smart and sensitive an actress to make anything fly’. After making her acting debut in the critically acclaimed movie ‘East is East’, she never looked back and eventually rose to stardom. A management graduate, she spent some of her time in childhood in Mumbai (Bombay), India and describes herself as ‘Part Bombayite, part British’. Regarding acting, she says, ‘I love roles where I have to transform myself.’ Apart from acting, Archie is very much interested in humanitarian work and contributes to the society through various international organizations.
Archie Panjabi is a member of Film & Theater Personalities

Does Archie Panjabi Dead or Alive?

As per our current Database, Archie Panjabi is still alive (as per Wikipedia, Last update: May 10, 2020).

Archie Panjabi’s zodiac sign is Gemini. According to astrologers, Gemini is expressive and quick-witted, it represents two different personalities in one and you will never be sure which one you will face. They are sociable, communicative and ready for fun, with a tendency to suddenly get serious, thoughtful and restless. They are fascinated with the world itself, extremely curious, with a constant feeling that there is not enough time to experience everything they want to see.

Archie Panjabi was born in the Year of the Rat. Those born under the Chinese Zodiac sign of the Rat are quick-witted, clever, charming, sharp and funny. They have excellent taste, are a good friend and are generous and loyal to others considered part of its pack. Motivated by money, can be greedy, is ever curious, seeks knowledge and welcomes challenges. Compatible with Dragon or Monkey.

Panjabi was born in Edgware, London, to Govind and Padma Panjabi, both Sindhi Hindu emigrants from India. Her ancestry belongs to Sindh, now in Pakistan; after partition, her parents settled in India. She graduated from Brunel University with a degree in management studies in 1996. She is also classically trained in ballet.

Panjabi married Rajesh Nihalani, a bespoke tailor, in 1998. Archie had to leave him at home in England for her first nine months of their marriage. She moved to New York to work on the show The Good Wife.

Panjabi has appeared in film and television; from early appearances in the 1999 comedy film East is East to the BBC television series Life on Mars. Her first Hollywood role, as a British diplomat, was in the Oscar-winning The Constant Gardener, released in 2005. One of her highest profile film roles was in the 2002 comedy release Bend It Like Beckham. Panjabi then landed the role of witty and wisecracking office colleague Gemmain in the 2006 Ridley Scott directed romantic comedy A Good Year, alongside Russell Crowe and Marion Cotillard.

She provided the voices for several characters in the British children's television animation Postman Pat. She lent her voice to the video game Dead Space: Extraction. Panjabi appeared on the BBC Four World Cinema Award show in February 2008, arguing the merits of five international hits such as The Lives of Others and Pan's Labyrinth with Jonathan Ross and Christopher Eccleston. In 2009 she portrayed an MI5 agent in the French movie Espion(s), and in the same year she joined the cast of the new CBS television series The Good Wife as Kalinda Sharma.

Panjabi was appointed the first Pratham USA Ambassador representing the largest educational movement in India. She is a Celebrity participant in the Rotary International's "This Close" public Service campaign to end polio. In support of women's rights, she has partnered with Amnesty International to head their Stop Violence Against Women campaign to change the "no recourse to public funds" rule that traps women in a cycle of violence. On 9 February 2011, Panjabi walked in The Heart Truth's Red Dress Collection Fashion Show to increase awareness of the danger of heart disease, the number one killer of women. The Harvard Foundation and Office for the Arts at Harvard University invited Panjabi to participate in their Artist in Residence Program in Cambridge, Massachusetts, to share her creative process as an Actress.

In 2010, she played Saamiya Nasir in the British comedy The Infidel. On 28 May 2012, she was cast as Tanya Reed Smith, a pathologist, in BBC Two drama series The Fall. Panjabi appeared as Blaise in the BBC World Service radio series Westway. After leaving The Good Wife in 2015, she guest starred in Fox comedy series Brooklyn Nine-Nine. She joined the cast of Shetland series 3 to return in series 4 in February 2018.

In 2016, it was announced that she will star in ABC anthology drama series The Jury as the show's protagonist, Kim Dempsey. She also joined the cast of NBC drama Blindspot. 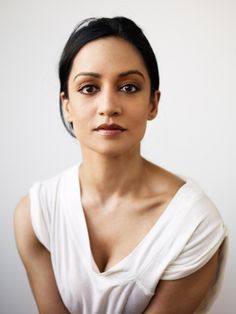 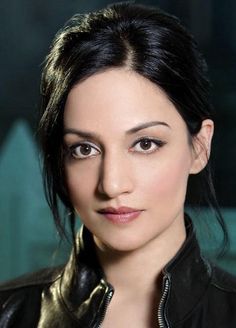 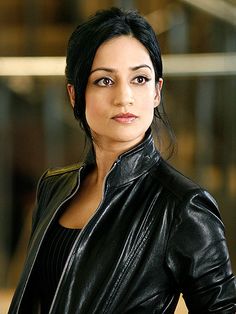 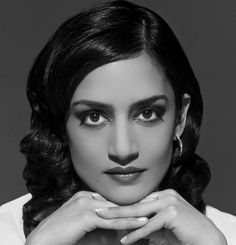 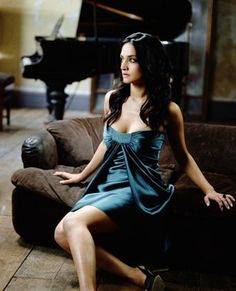 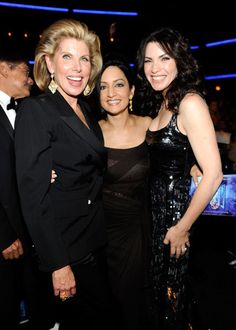 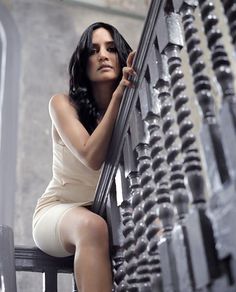 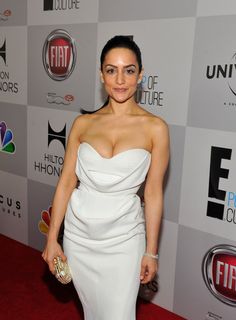 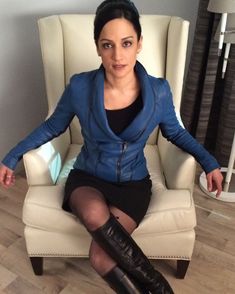