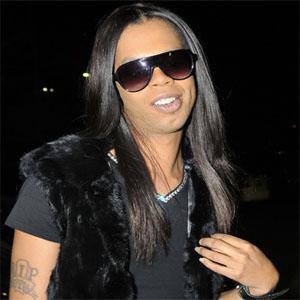 Does Antoine Dodson Dead or Alive?

As per our current Database, Antoine Dodson is still alive (as per Wikipedia, Last update: May 10, 2020).

Antoine Dodson’s zodiac sign is Cancer. According to astrologers, the sign of Cancer belongs to the element of Water, just like Scorpio and Pisces. Guided by emotion and their heart, they could have a hard time blending into the world around them. Being ruled by the Moon, phases of the lunar cycle deepen their internal mysteries and create fleeting emotional patterns that are beyond their control. As children, they don't have enough coping and defensive mechanisms for the outer world, and have to be approached with care and understanding, for that is what they give in return.

Antoine Dodson was born in the Year of the Tiger. Those born under the Chinese Zodiac sign of the Tiger are authoritative, self-possessed, have strong leadership qualities, are charming, ambitious, courageous, warm-hearted, highly seductive, moody, intense, and they’re ready to pounce at any time. Compatible with Horse or Dog.

Delivered a colorful short interview for a local television station in regards to house intrusion and attempted rape of his sister Kelly which made him the unlikeliest of YouTube celebrities.

In the interview, he warned his neighbors to "hide yo' kids, hide yo' wife, and hide yo' husbands cause they rapin' everybody out here" which became the most notable lyrics to the auto-tuned song by The Gregory Brothers.

He performed live with Michael Gregory of The Gregory Brothers a the 2010 BET Hip Hop Awards, was featured in a commercial for the Comedy Central series Tosh.0, and had a cameo role in Tyler Perry's A Madea Christmas.

He was born in Chicago, the oldest of six children, and moved to Huntsville where he lived in the projects in 2004. He and his wife welcomed a son in May of 2014.

His stern warning inspired many musical remakes, including a punk version done by Hayley Williams of Paramore together with several other musicians.